Victoria Beckham appeared delighted to be reunited with her family on Thursday, after touring America and Canada to promote her beauty line.

It comes a day after new figures revealed her business has plunged almost £36 million into debt after making losses of £12.5 million last year.

Family: Victoria Beckham took to Instagram to share a sweet throwback with David, 44, Brooklyn, 20, Romeo, 17, Cruz, 14, and Harper, 8, to celebrate Thanksgiving on Thursday

In the throwback photo, Victoria wrapped her arms around Cruz, while David rested a hand on Harper’s shoulder.

Victoria also took to her Instagram stories to show off some handmade unicorn biscuits by Harper. She captioned the photo: ‘So happy to be home with my babies! x’ 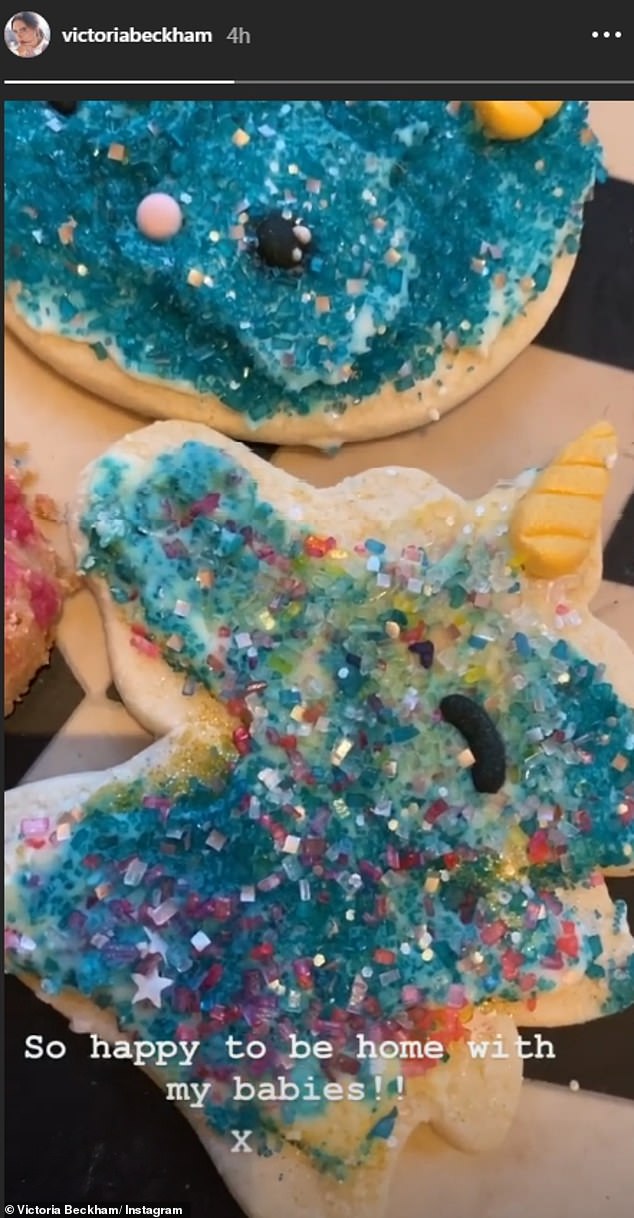 ‘So happy’: Victoria Beckham appeared delighted to be reunited with her family as she shared a photo of Harper’s biscuits on Thursday, after touring America to promote her beauty line

Her company Victoria Beckham Holdings Limited has just filed accounts for last year which show she has failed to turn round the troubled fashion empire. 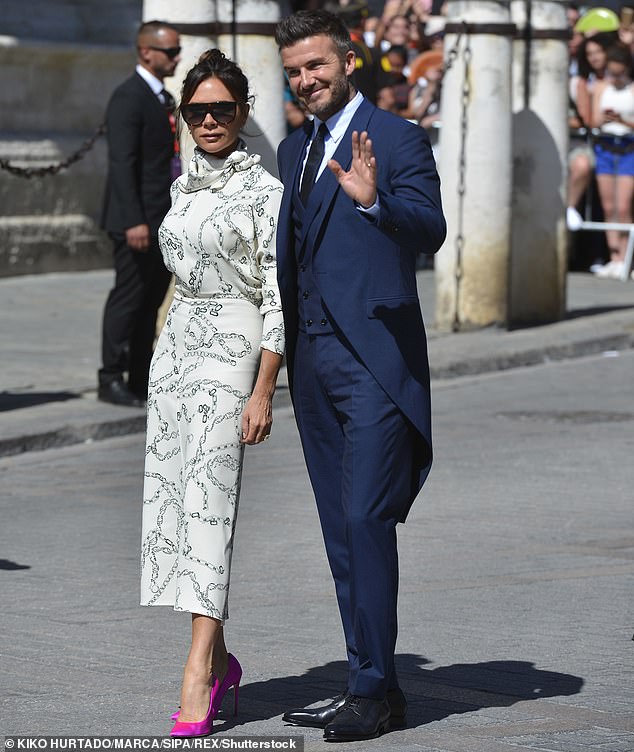 In the red: It comes a day after new figures revealed her business has plunged almost £36 million into debt after making losses of £12.5 million last year (pictured in June)

David is thought to have lent his wife Victoria, 45, some £600,000 for her Victoria Beckham Ltd business, after he bailed out his wife’s company with a £23 million cash injection in January.

But it’s not all woe: the couple were ranked 372 on this year’s Sunday Times Rich List, with a combined wealth of some £355 million and were named among Britain’s 50 biggest taxpayers in The Sunday Times Tax List.

The songstress has forged a fruitful stint in the spotlight for over two decades, and as she’s dominated both the music and fashion industries, Victoria has insisted ‘owning who I am’ has played a key role in maintaining her successful career.

‘There’s something really liberating about embracing who I am at 45 years old and owning it, feeling content’, she told Glamour UK.

The style maven added that creating her new cosmetic line has helped her self-confidence: ‘Doing beauty has really helped with that – it’s been very liberating.

‘I want to spread the word that everybody should feel like the best version of themselves. To look after what you have. I want to tell people to own who you are. Yes, we – and I – have wrinkles, and that’s OK!’ 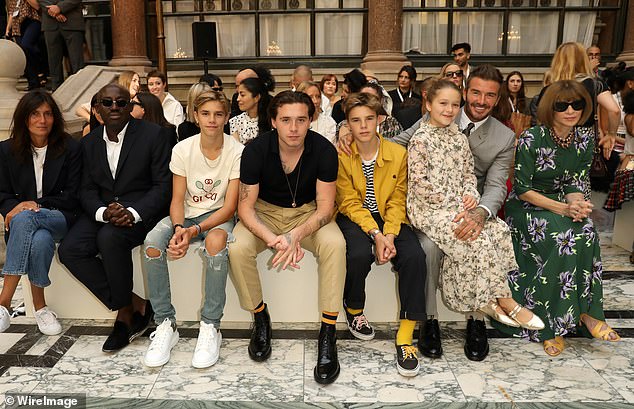