Victoria Derbyshire says overcoming breast cancer ‘changed her life’ after she thought she was ‘going to die’ from the illness.

The journalist,  53,  announced she had been diagnosed with breast cancer in 2015, undergoing a mastectomy and reconstructive surgery soon after.

Following 301 days of treatment including six sessions of chemotherapy and 30 sessions of radiotherapy, the mother-of-two was given the all clear with an 11 per cent chance of the cancer recurring.

In a new interview with Stella Magazine, Victoria, who lives in Surrey with her husband Mark and two sons, spoke about how her diagnosis inspired her to finally marry her partner.

Victoria Derbyshire, pictured in London last year, says overcoming breast cancer ‘changed her life’ after she thought she was ‘going to die’ from the illness

‘It changed my life’, said Victoria.

‘The joy and happiness I felt at being alive was amazing. I say yes to so many things now.’

The presenter added that beating the illness encouraged her to strip off in front of an audience two years after her mastectomy for ITV’s The Real Full Monty and compete in I’m A Celebrity in 2020.

It was her illness that spurred her decision to marry Mark after 17 years together in 2018. He had proposed before she was pregnant with her first child – however the two never actually tied the knot.

‘After my diagnosis, I’d said, “If we get through this I would like to get married, but I don’t want you to do it if it’s only because you feel sorry for me.”, she explained.

‘It was weird to finally start calling him my husband, but amazing to get married at 49. I feel more complete now.’ 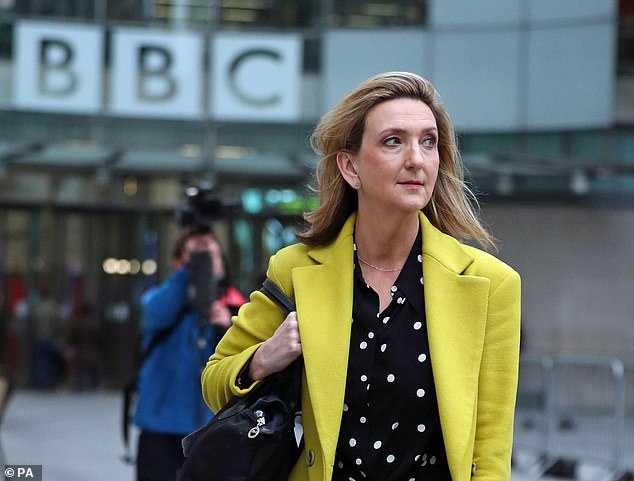 In January 2020, it was announced that the broadcaster’s eponymous show was being cancelled by the BBC because the cost of doing it on a ‘linear channel’ were too high

Victoria was 46 when she noticed an abnormality in one of her nipples while she was getting ready for bed one evening, quickly booking an emergency GP appointment.

In January 2020, it was announced that the broadcaster’s eponymous show was being cancelled by the BBC because the cost of doing it on a ‘linear channel’ were too high.

Victoria says that while she was ‘gutted’ the show had been axed, her battle with breast cancer gave her a ‘different perspective’ and allowed her to cope with the loss of her show.

The broadcaster opened up about the loss of her show last year in an interview with Woman & Home magazine, insisting: ‘It was gutting when I was told I was losing my TV show but having gone through breast cancer I was able to put it in perspective,’ she said. 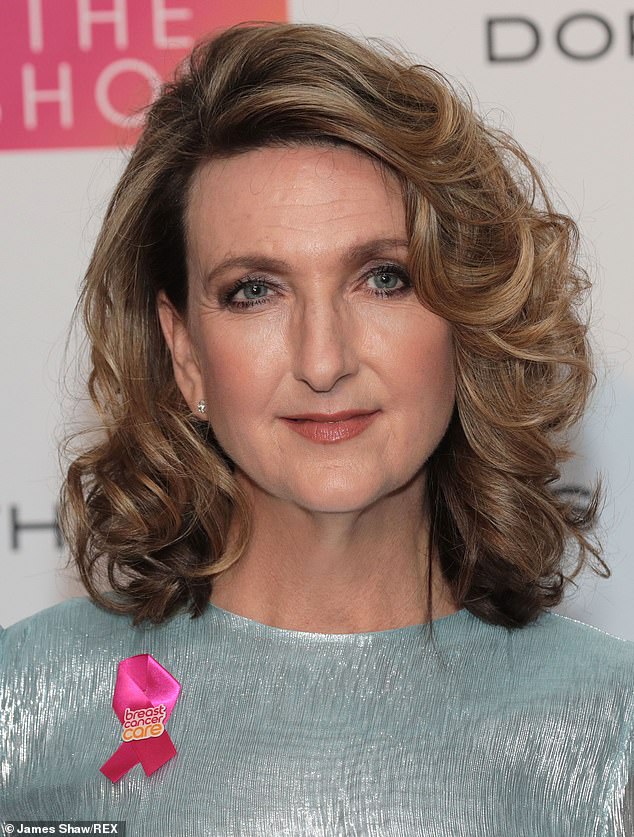 Mother-of-two Victoria, pictured in 2018, announced she had been diagnosed with breast cancer in 2015, undergoing a mastectomy and reconstructive surgery soon after

‘I was lucky I still had a job in a pandemic and I have come through something where I could have died.’

Immediately after being diagnosed, Victoria says she didn’t want to tell Mark or her sons, who were 11 and eight at the time, straight away, saying she went into ‘practical mode’ instantly.

‘I thought very early on I was going to die. Mark and I went to a little park and really cried and hugged. Saying I might die is such a weird thing to say aloud. We had no idea then if it was treatable. Once the tears were over, we went into practical mode, telling work, friends and family.’

One of the toughest things about Victoria’s battle with cancer was losing her hair to chemotherapy, something she says was more challenging than losing her breast.

The broadcaster had a wig made because she ‘didn’t want people to feel sorry for her’.

Her treatment lasted 301 days and on the same day she left the hospital, Victoria travelled to Glasgow to present a debate for BBC One.

That weekend she celebrated by holding a party with her loved ones – complete with a cake hailing her ‘Victorious Victoria’ made by her husband.