Victoria floods: Photos show why you should NEVER drive through water as roads left destroyed

A woman has posted a shocking image of a road torn up by a raging river in a stark reminder why residents should never drive through floodwaters.

Sharon Green shared a photo to Facebook showing a destroyed street in Pyalong, west of Seymour, in regional Victoria.

The photo showed the road’s asphalt completely tore up, with the ground underneath left cratered by the water.

‘This is why you should rethink driving through floodwaters,’ she captioned the photo.

Meanwhile, thousands of properties have been flooded in northern Victoria as authorities fear more lives could be lost.

More than 7,950 properties have been flooded in the major regional centre of Shepparton with authorities estimating another 8,000 could be inundated by tomorrow.

The Campaspe River already burst its banks in nearby Axedale, with a Twitter video posted by Seven News reporter Paul Dowsley revealing the raging water had almost obliterated the McIvor Highway.

Urgent evacuation orders are still being issued but in some places it is too late to flee as swollen rivers burst their banks inundated properties, swept away highways and cut power off overnight.

The I ncredible force of the floodwater is shown by what it leaves behind. This is what’s left of the McIvor Highway at Axedale after the Campaspe River burst its banks. pic.twitter.com/eh4ZprjU8z

Evacuation alerts have been upgraded for Shepparton, Orrvale, Kialla West, and Mooroopna to reflect it is too late for residents to leave those areas.

The Goulburn River is expected to peak at 12.2 metres at Shepparton on Monday, making the flood the area’s worst in decades.

Other photos and videos shared to social media showed dozens of roadways destroyed with Victorian Premier Dan Andrews confirming more than 340 roads were out of action. 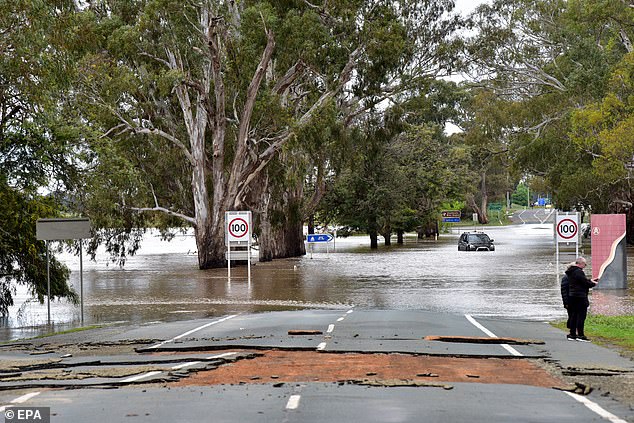 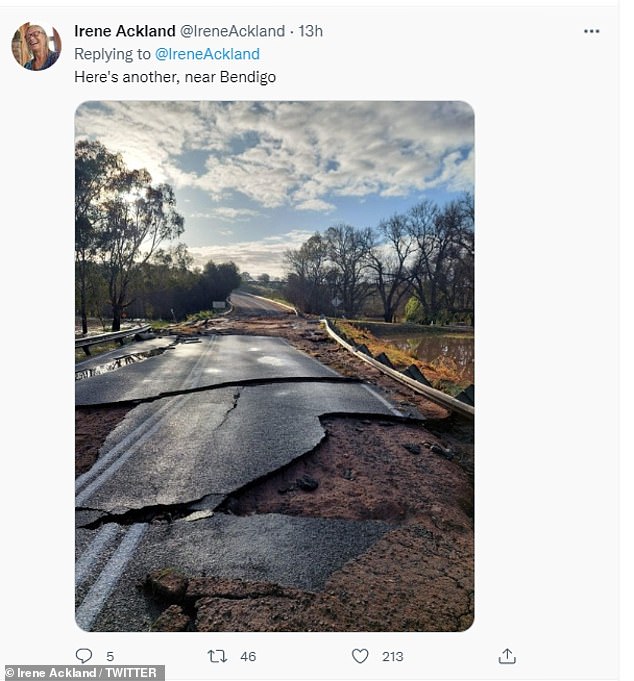 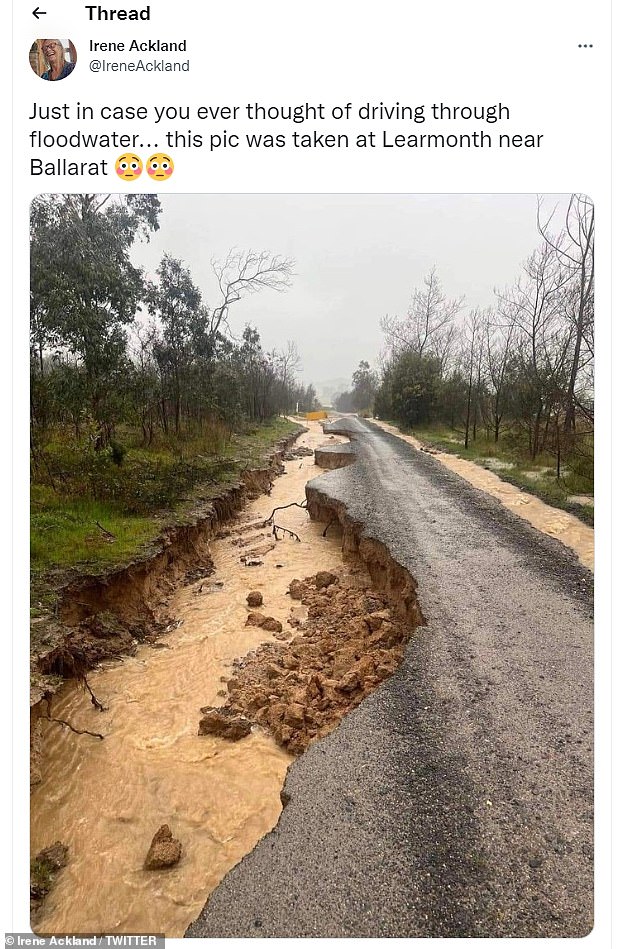 Earlier, Victorian SES chief Tim Wiebusch issued a specific warning for locals to be on the lookout for ‘blue sky flooding’ where clearing clouds lure people into a false sense of security that the risk is over when floodwaters are still rapidly rising.

‘One of the challenges is we’ve not got what we call blue sky flooding,’ Mr Wiebusch told ABC News.

‘The rain has stopped … I think it’s more obvious to people when there’s heavier rain.’

Mr Wiebusch urged people not to drive through floodwaters as rescuers desperately try to reach anyone stranded.

‘That just ties up our emergency services that could be supporting more vulnerable communities that are under pressure with these floods,’ he said.

‘So please turn around, find an alternate way to get there. If you don’t need to be travelling in those northern parts of Victoria, don’t travel at all.’