Do you live in Australia’s luckiest state? Lottery winning hotspots are revealed as $110million jackpot is rolled over for another week

Victoria has been revealed as Australia’s luckiest state – with Australia’s Lotto jackpot now standing at $110 million.

So far this year, Victoria has had 66 winners across Saturday Lotto, Monday and Wednesday Lotto, Oz Lotto, Powerball, Super 66 and Lotto Strike.

The state was also a Lotto hotspot last year, raking in a total of 143 division one winning entries sold in the state across all lottery games for 2018.

These delivered more than $280 million in division one prize money – more than any other Australian state or territory.

In March, a lucky Victorian man had a remarkable Oz Lotto win after accidentally  buying two winning tickets with the same numbers that then went on to win the division one Jackpot – scoring him over $40 million.

The Victorian bought two of the three winning Division One tickets in the $70 million Oz Lotto Jackpot.

In May a Bendigo factory worker’s life was changed when he won the $30 million division one Powerball, selecting the same ‘lucky’ numbers he’d been using for years.

Residents in NSW and the ACT are also in with a fighting chance to take out the record jackpot next Thursday, having had 52 winners since January.

Division one winners in New South Wales and the ACT shared in the most division one prize money last year, with more than $295.7 million won.

Taking out 35 division one winners so far in 2019 is the Sunshine State.

The most recent hefty win to come out of Queensland was an Ipswich mum and a Sunshine Coast man who each pocketed half of the $80 million Oz Lotto jackpot on June 26.

Close behind is Western Australia, with 28 residents winning division one jackpots this year. 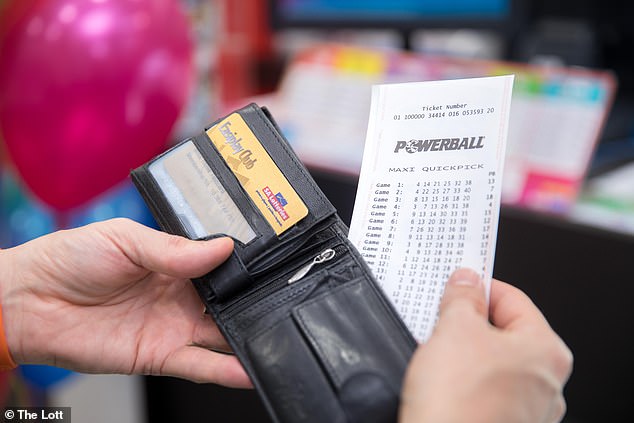 During the 12 months, NSW and Victoria were each home to three Powerball division one winners.

But even if punters aren’t located in the biggest-winning areas, the Lott spokesman Matt Hart told Daily Mail Australia that any entrants can win big with their choice of numbers.

Numbers that haven’t been so hot are 12 and one, which are the less-frequently-drawn winning numbers.

Despite Thursday night’s jackpot flop, not everyone came away empty handed, with nine lucky punters winning $91,728,90 during the division two draw.

Australians will be itching to get their hands on a ticket when the jackpot soars to the highest division one prize ever offered by a national lottery game.