Victoria is set to report more than 400 cases of coronavirus

Victoria has reported 428 new cases of coronavirus in the past 24 hours as the state’s second wave continues to spread.

A total of 122 Victorians are in hospital with 31 fighting for their lives. The state conducted 24,409 tests, maintaining one of the highest testing rates in the world.

A woman runs along the Yarra River in Melbourne. The city has recently seen a spike in coronavirus cases in a second wave 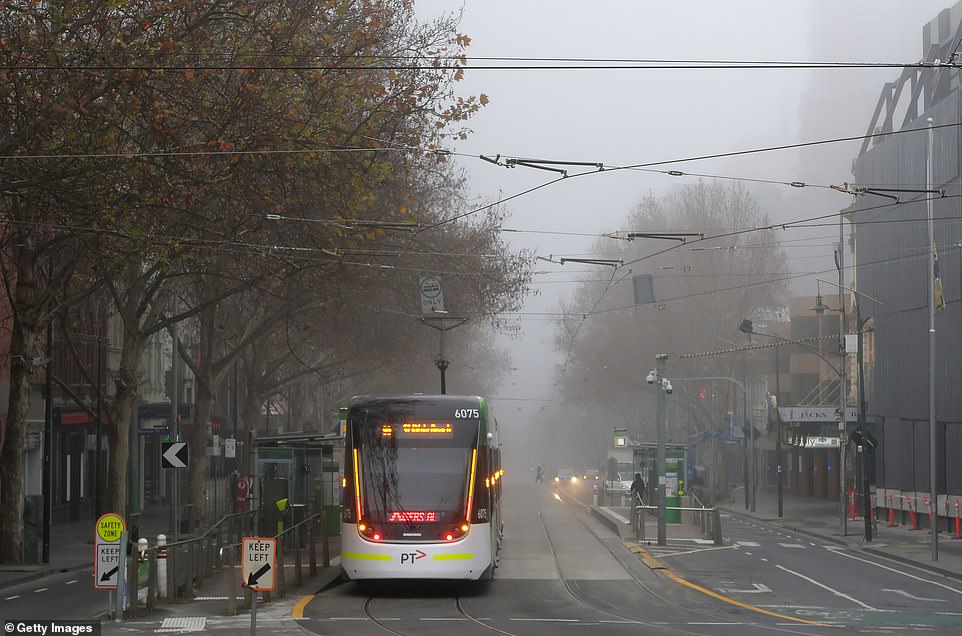 Melbourne woke up to a cold and chilly morning. The city is enduring a six-week lockdown to halt the spread of coronavirus 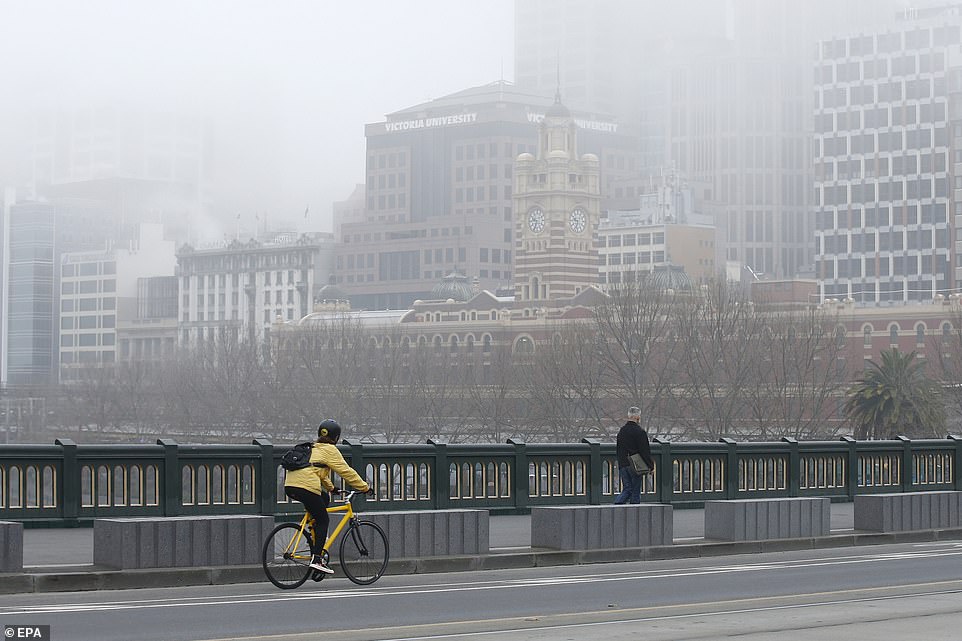 A person cycles along Princes Bridge in Melbourne. Only workers who cannot work from home are allowed to go to work in the city during the lockdown 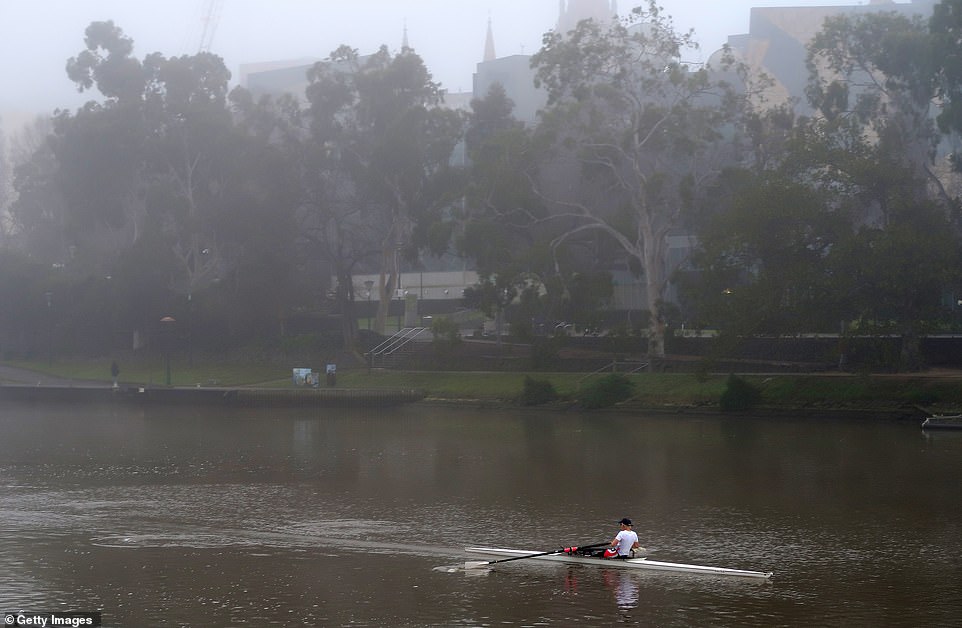 A rower is seen on the Yarra River on Friday morning. Residents are allowed to take exercise but must stay close to their homes 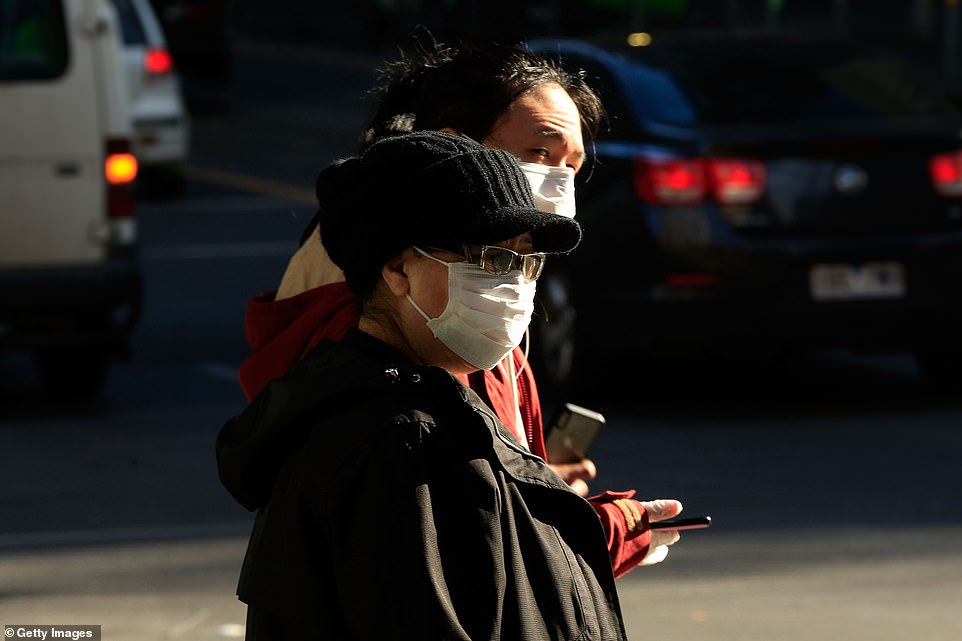 Victoria is expected to report more than 400 cases of coronavirus in the past 24 hours as the state’s second wave continues to spread. Pictured: Melbourne residents wearing masks 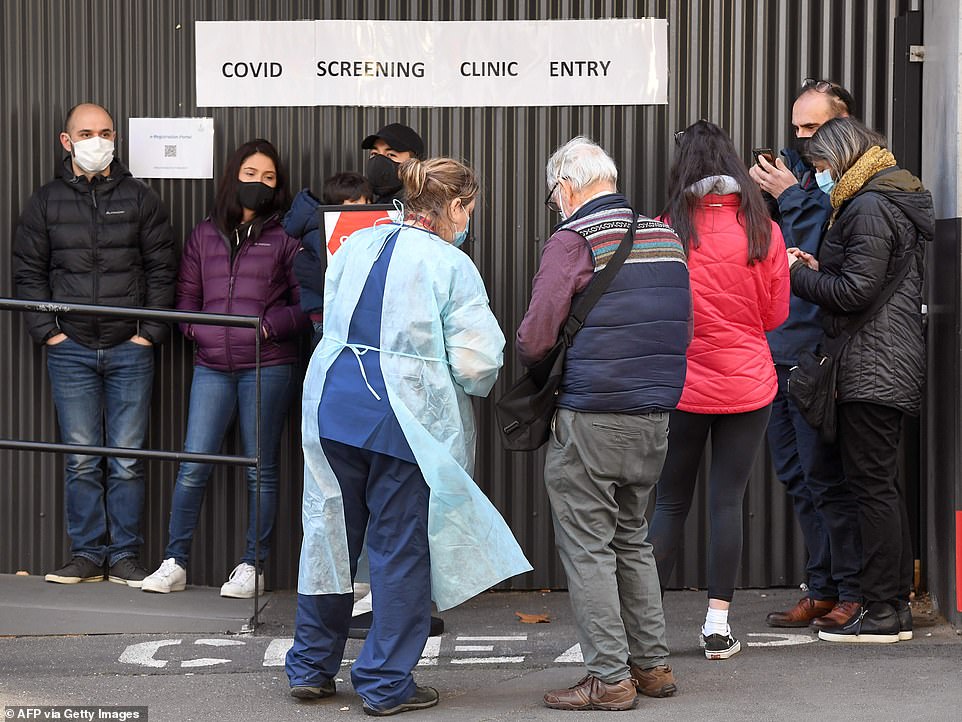 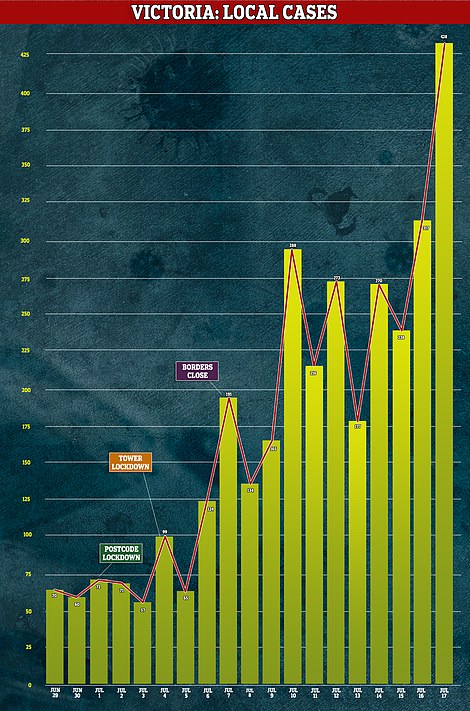 Premier Daniel Andrews has warned residents not to travel too far from their homes after a family was caught making a 200km round-trip, which they claimed was for exercise..

‘A day trip is not the same as daily exercise,’ he said.

The state has 160 outbreaks ongoing, including in offices, aged care homes and schools.

As of Thursday there were 157 cases now linked to Al-Taqwa College and six cases linked to HWL Ebsworth lawyers in Melbourne.

Premier Daniel Andrews was not yet prepared to move to draconian Stage-4 lockdowns but said Melburnians must be vigilant if that was to be prevented.

‘It’s well too early for us to be moving to a whole new stage,’ he said on Thursday.

‘If you want to make that less likely, if you want to get out of these sort of restrictions as fast as as possible, then we all have to play our part.’

Victoria Police issued $107,000 in fines in 24 hours leading up to Thursday’s announcement, many to people who were at illegal parties. Gatherings of more than two are banned in Melbourne.

But he was hopeful that the figures will come down once the lockdown kicks in.

‘I expect it to turn around this week. But as I always said, it’s no guarantee,’ he said.

She has also banned mingling and dancing, and limited weddings to 150 and funerals to 100 people.

‘We’r on high alert and we’re very concerned,’ she said.

There are now 42 cases linked to the Crossroads Hotel in Casula, south-west Sydney. A freight worker from Melbourne brought the virus into NSW when he dined at the pub on 3 July. 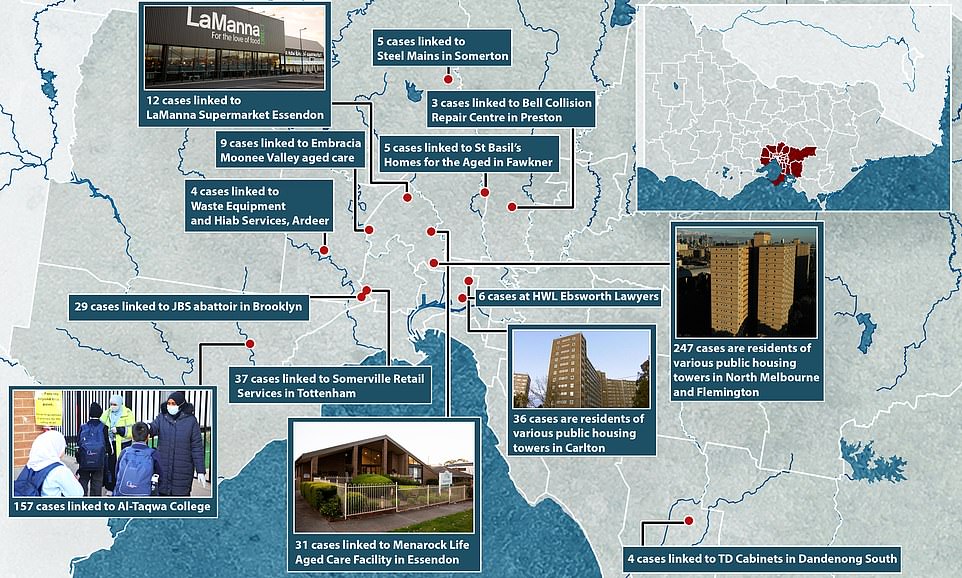 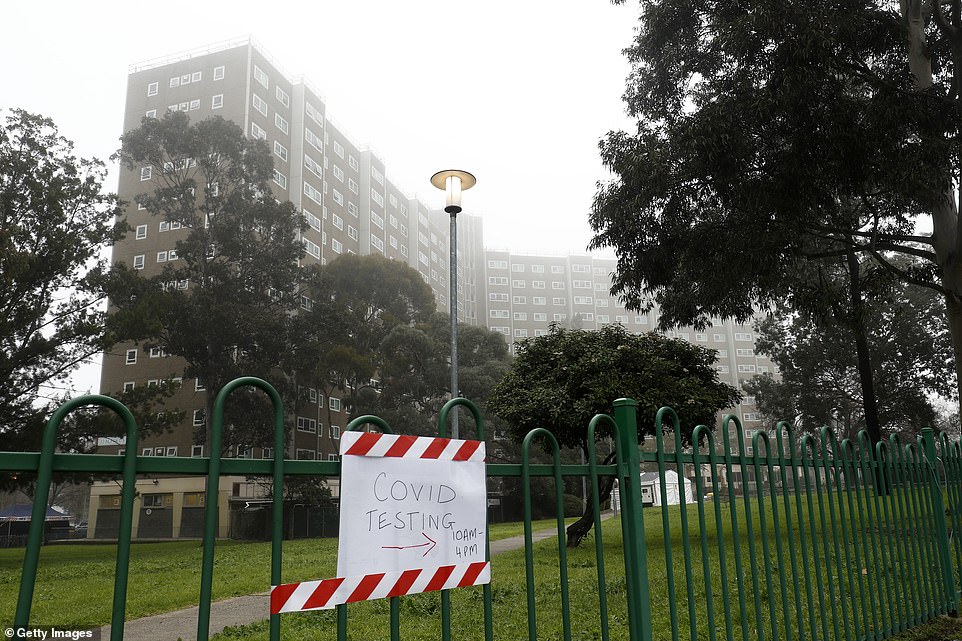 Residents of 33 Alfred Street (pictured) in North Melbourne have been in a ‘hard’ lockdown for nearly a fortnight, guarded by a large police presence 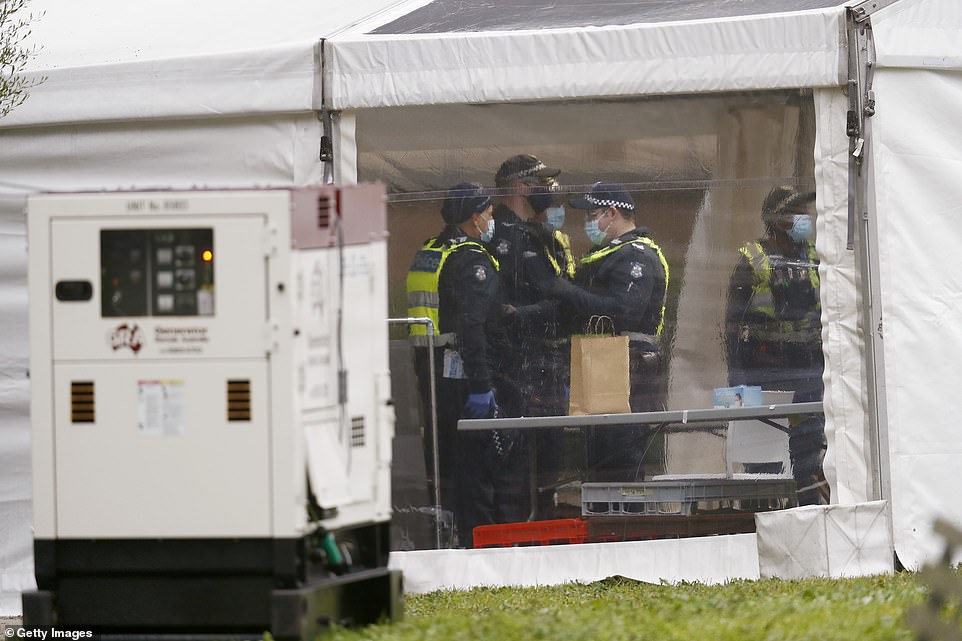 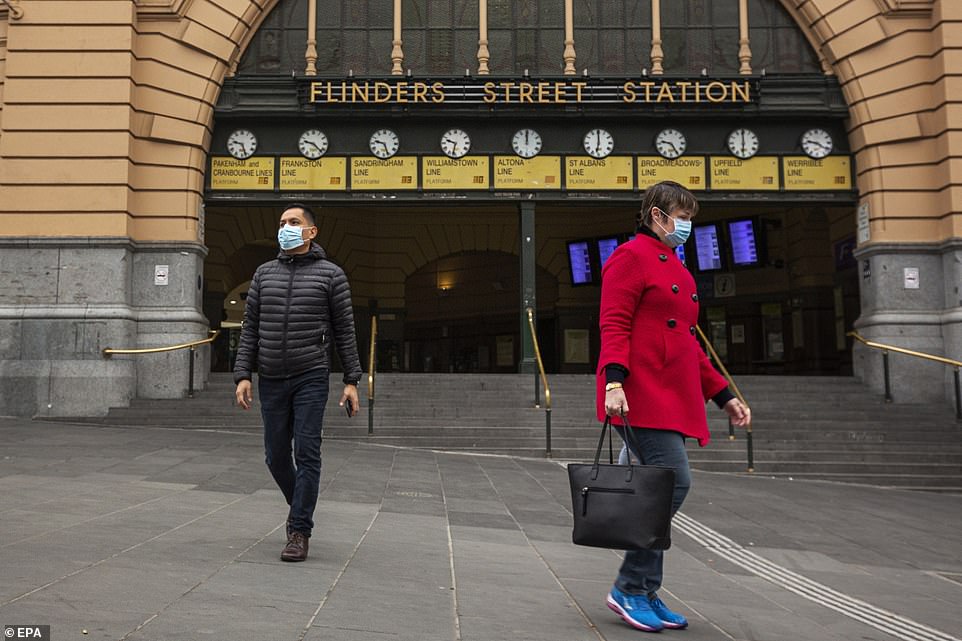 Victoria recorded zero new cases on 5 June but numbers started to pick up in the following weeks.

It later emerged that the virus had broken out from hotel quarantine after private security guards interacted with infected guests who had returned from overseas.

Premier Andrews tried locking down 12 postcodes but it failed to stop the numbers growing so the whole of Melbourne and the Mitchell Shire was put into six-week lockdown.

The treatment of Melbourne public housing residents locked up in their homes by the government due to coronavirus will be investigated by Victoria’s Ombudsman.

Residents of 33 Alfred Street in North Melbourne have been in a ‘hard’ lockdown for nearly a fortnight, guarded by a large police presence.

Many have complained that they have not been given enough food. Ombudsman Deborah Glass says her office has been contacted by more than 50 people, including public housing residents, advocacy groups and the wider Victorian community.

Ms Glass says her investigation would consider the conditions under which people have been detained at the tower, the nature and accessibility of official communications with residents, and the nature and appropriateness of restrictions upon people’s access to fresh air, exercise, medical care and medical supplies. 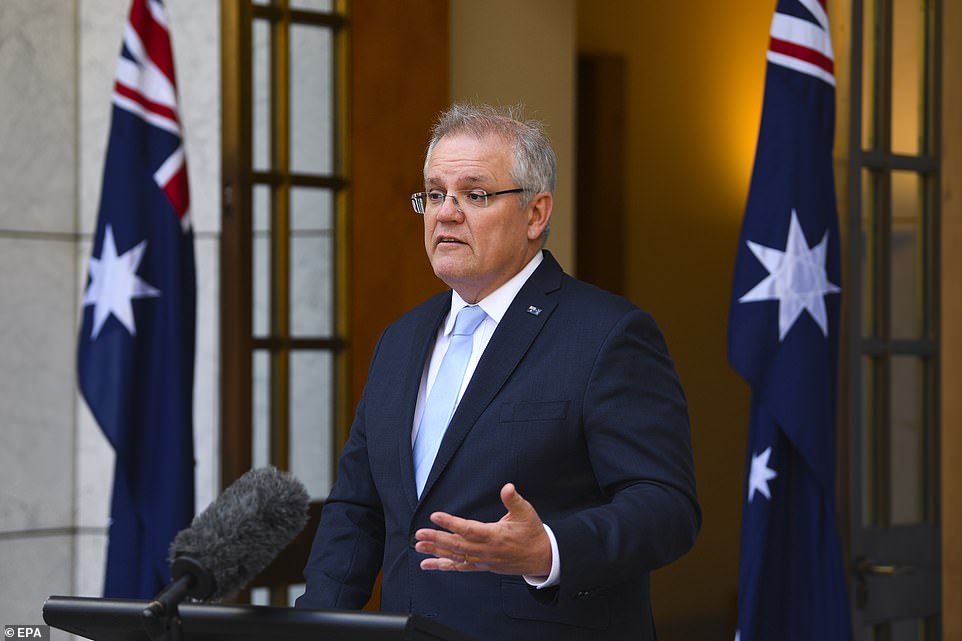 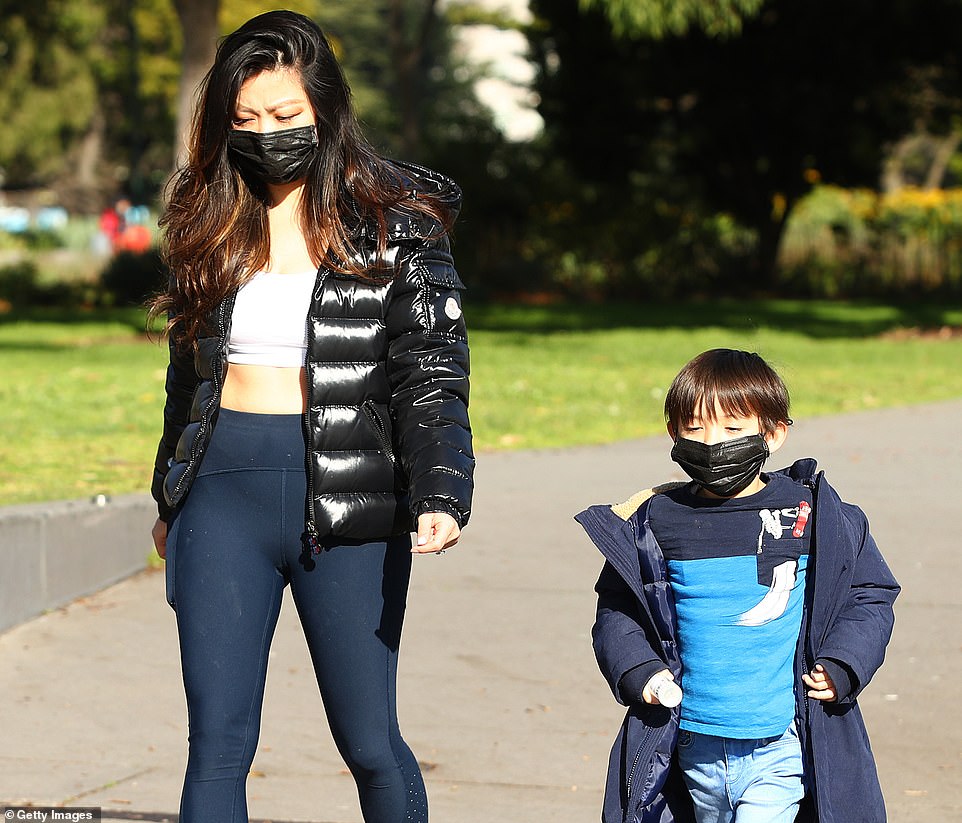 Residents wear masks at Melbourne’s Carlton Gardens on July 16. The city is being locked down for six weeks

Earlier on Friday Scott Morrison said the situation in Victoria meant that the state will likely be excluded from a trans-Tasman travel bubble between Australia and New Zealand.

‘I spoke to Prime Minister Ardern on Friday evening and she raised that very issue with me and we’re progressing those discussions,’ he told 3AW radio.

‘Obviously it’s got to be a little bit moderated for what’s happening in Victoria, but we discussed it at national cabinet last Friday, so we’re working with the states and territories about how they can participate in that.’

The two countries have for months been plotting easing border restrictions for travel across the ditch, but the plans were dealt a blow after Victoria was overwhelmed by a second wave of coronavirus infections. 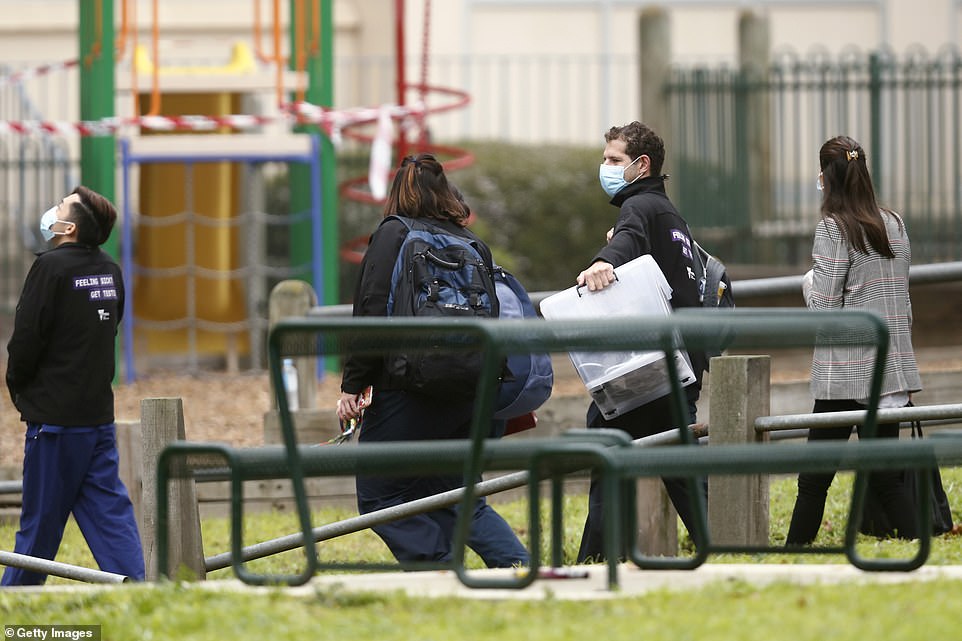