Victoria neighbours at war over style of fence being built

Two warring neighbours have been locked in legal battles for a year after a disagreement over the style of a wooden fence between their two properties.

The conflict has seen Dr Sarah Russell and her property-developer neighbour before the courts on two separate occasions – with a third on the horizon.

Dr Russell told Daily Mail Australia she was shocked that the disagreement ended up in front of the courts at all, let alone twice.

Dr Sarah Russell, left, with her late mother right, has been to court twice over a wooden fence she and her neighbour couldn’t agree on 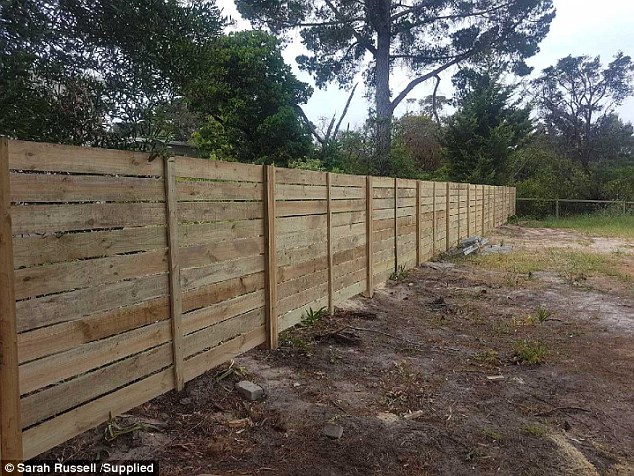 The fence dispute is about the structure of the wooden barrier – Dr Russell’s neighbour wanted a paling fence – but she wanted to stick to something ‘more in tune with the town’.

‘There are no paling fences here, and the other people in town were concerned it wouldn’t look right, I got almost 50 signatures against his fence,’ she said.

The dispute started on April 30 when the neighbour, who bought the bottom block previously owned by Dr Russell’s mother, approached her to explain his plans.

By June there was a court order issued by the neighbour – to have their argument brought before a magistrate.

‘I was shocked when it was taken to court – I have built fences with neighbours before and not had a problem.’

The neighbours were ordered to go to mediation to help resolve the dispute.

And when the mediation date came up on October 11, the neighbours agreed on building a post and rail fence between their yards and set about getting it approved by council. 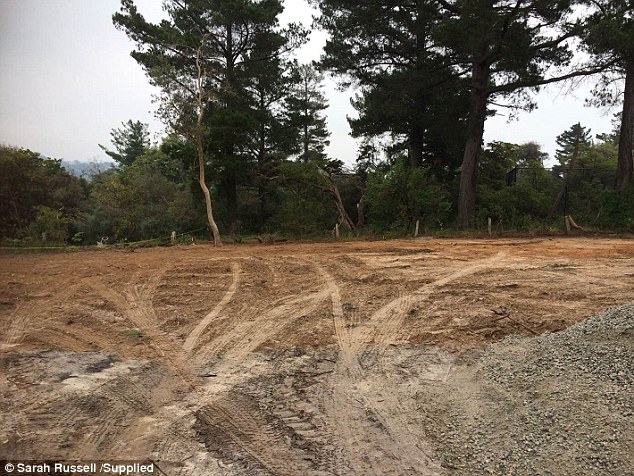 On October 27 the fence was approved – but it appeared there were further troubles between the feuding neighbours when changes to the agreed fence were allegedly hand written on the builder’s fencing notice.

The delays meant the builder didn’t start working on the fence until mid-December eight months after the initial conversation about the simple wooden structure.

But the saga isn’t over – despite the fence standing between the two properties and the developer neighbour selling his plot, the pair will be back in front of the court again – to dispute the costs paid by each party for the fence.