‘Do these people think they’re invincible?’ Cops shut down an eight-year-old’s birthday party in Melbourne for breaking social distancing laws

Parents have been slammed for brazenly hosting a party for their child’s eighth birthday at their Melbourne home during the coronavirus pandemic.

Images showed at least 16 parents and children standing outside a home in Beaumaris, 20km south-east of Melbourne’s CBD, on the weekend.

Some of the party-goers appeared to be breaking the 1.5metre social distancing rule as well as flouting guidelines banning public gatherings of more than two people.

Images showed parents and children standing outside a home in Beaumaris, 20km south-east of Melbourne’s CBD, on the weekend 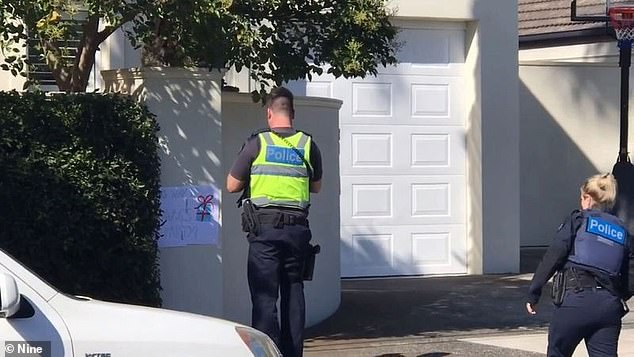 Police arrived at the home after the celebrations had wrapped up.

A Victoria Police spokeswoman told Daily Mail Australia officers were aware of the incident but was unable to give further detail.

Fifteen people have died in Victoria alone from COVID-19 – including 84-year-old Giuseppe Franzoni.

His daughter-in-law, Patricia Franzoni, issued a plea to people not to risk their lives after having to say goodbye to her loved one on FaceTime.

‘This is a nightmare. We are living an absolute nightmare. Don’t do it. Don’t risk your life for a game of basketball or a birthday party,’ she told Nine News.

‘Do all these people think they are invincible?’

‘They have young children there as well.’

Officers were also forced to step in during a basketball game in Yarraville on Sunday.

On Sunday Victoria Police made 819 spot checks at homes, non-essential services and other businesses. They issued 91 fines in that time. 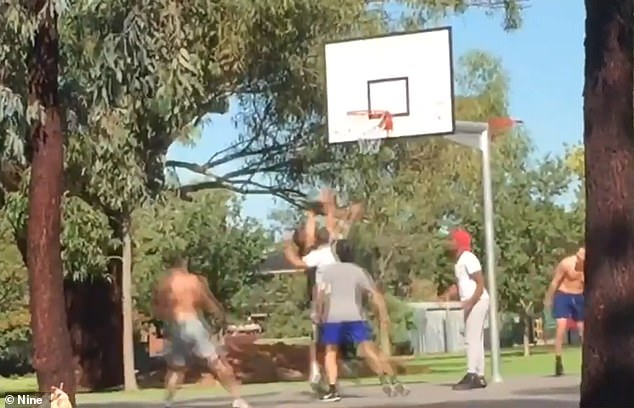 WHAT IS SOCIAL DISTANCING?

Social distancing is a term used by health authorities to help slow the spread of coronavirus by keeping an appropriate distance between people.

Australian health authorities recommend at least 1.5 metres between each person at all times.

This is because coronavirus can be transmitted by: