The driver branded ‘dumb and disrespectful’ for refusing to tell police where she was going at a Victorian checkpoint has copped a mouthful from the state’s premier.

Daniel Andrews on Saturday labelled the woman’s actions as ‘selfish’, confirming police were working hard to find her and others evading strict stay at home rules.

Eve Black, who lives in the coronavirus capital, caused nationwide outrage on Thursday shared footage of herself driving past an officer at a police barricade.

She was seen palming off the officer who stopped to ask her where she was headed and why she was attempting to leave Melbourne. 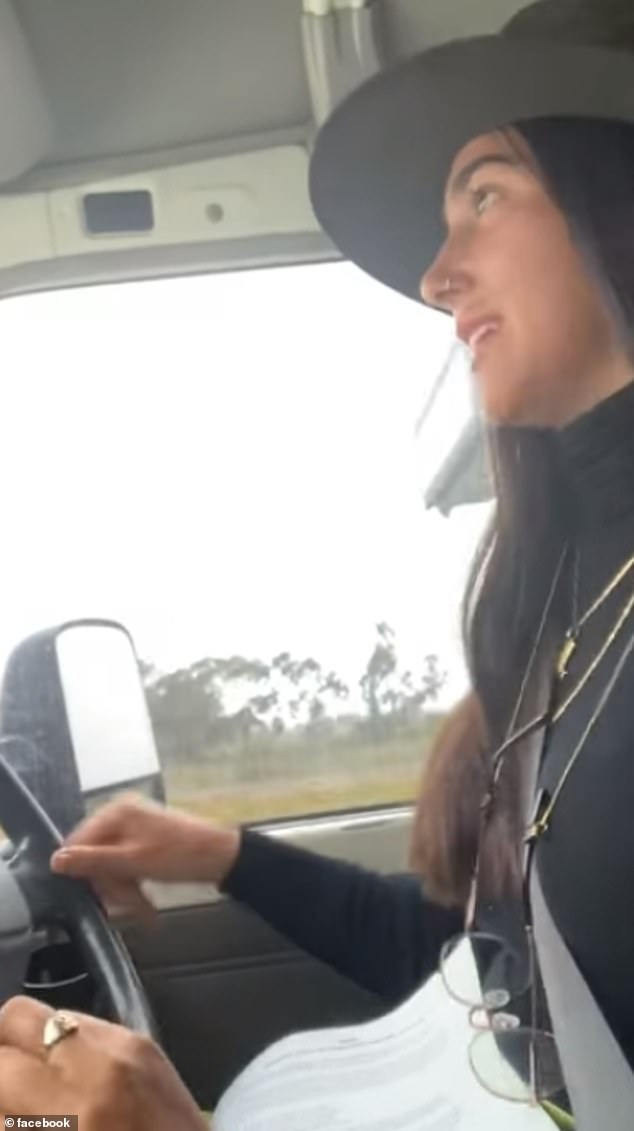 Eve Black (pictured), of Melbourne, on Thursday shared footage of herself driving past an officer at a police barricade

Instead of complying and adhering to Victoria’s latest rules, Ms Black said she did not need to share the information.

‘I would simply say they are selfish choices,’ Mr Andrews said on Saturday, when asked about footage showing several Victorians refusing to comply with lockdown rules.

‘They are not even in the interests of the people themselves.

‘Because it will just mean these rules and this sort of conflict, which is completely unnecessary by the way, but these rules will be in place longer if people continue to behave that way.’ 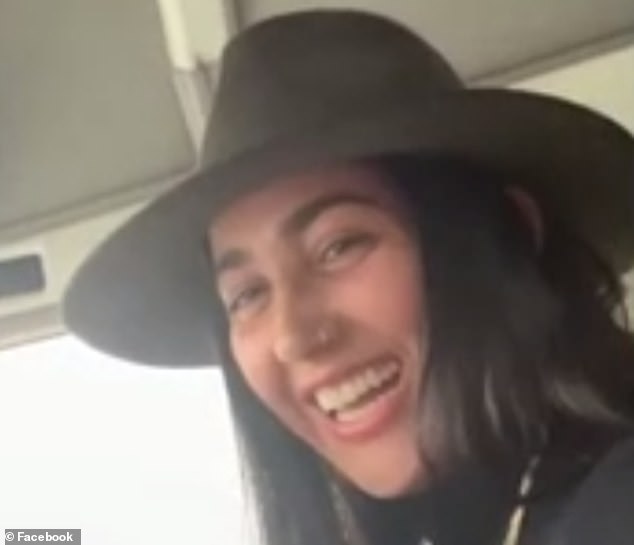 When a police officer asked her where she was headed and why she was attempting to leave, Ms Black (pictured, after the altercation) simply told him she didn’t need to share that information 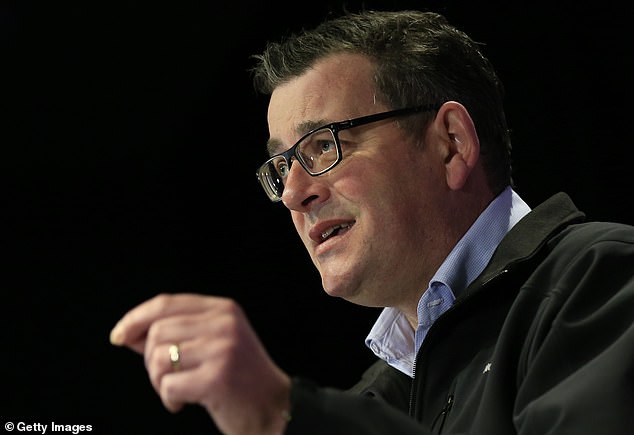 Mr Andrews confirmed Victorian Police were working hard to locate a person in a ‘well-publicised case’, and would fine the individual   if they did not comply with regulations.

His comments come as the state recorded an additional 357 cases and five deaths on Saturday.

There are 3,995 active cases across Victoria, and 61 deaths since the pandemic begun.

‘That person will either have a lawful reason to be in regional Victoria or that person won’t, and if they don’t, then Victoria Police, I am confident, will fine them,’ he said.

His comments also follow former treasurer Wayne Swan on Friday criticising the driver for not complying with police. 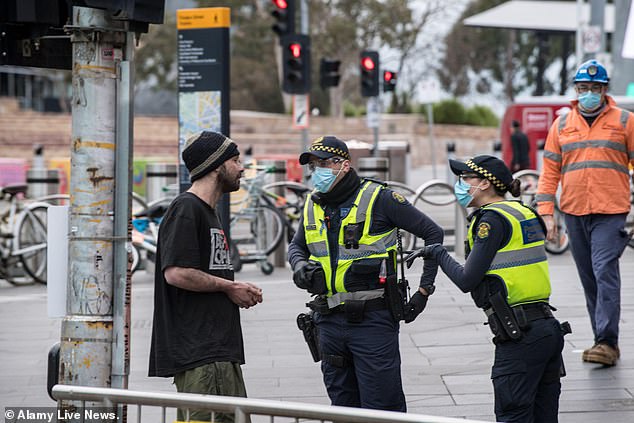 Residents living in the locked-down areas are only allowed to leave their homes for four approved reasons – food, exercise, work or study, or medical care (pictured, Victorian police on Thursday question a man for not having a mask on) 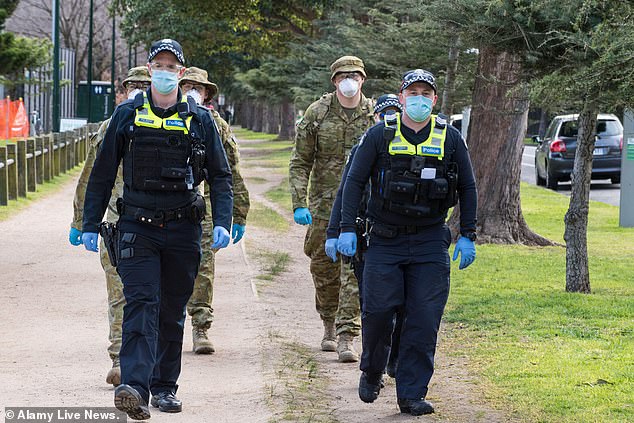 Those who breach Stage 4 Stay at Home restrictions will be hit with a $1,652 fine with 262 infringements already given out at checkpoints since July 8 (pictured, Victorian police and soldiers on Thursday patrolling streets to ensure residents are wearing masks)

Mr Andrews hoped Ms Black’s actions did not take away from the fact a majority of Melburnians were doing the right thing by adhering to the stage three rules.

‘Everyone is wearing masks. It is a small number of people who aren’t. That is the wrong choice, it is also not a very smart choice,’ Mr Andrews said.

Ms Black’s video is one of many circulating on social media where drivers encourage people to challenge the lockdowns, which have been imposed to stem the spread of COVID-19. 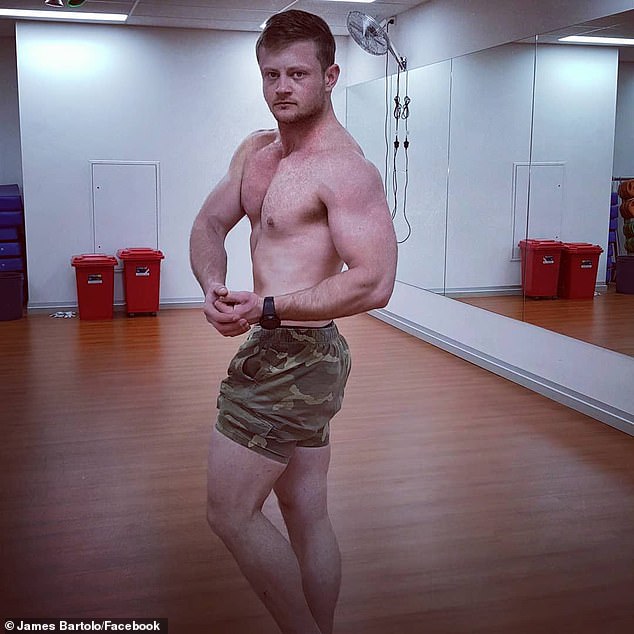