Victoria has recorded 270 new cases of coronavirus, the state’s third-worst figure since the pandemic began.

A total of 85 people are in hospital with 26 fighting for their lives and 21 on ventilators.

Around 1,000 new ADF troops have been drafted in to help with testing and enforcing a border between Melbourne and the rest of the state.

Chief Health Officer Brett Sutton warned that around 200 people will be rushed to hospital with the virus in the next two weeks.

‘There’s often 10 per cent to 20 per cent of all coronavirus infections who require hospitalisation, so that’s a couple of hundred individuals at least,’ he said.

Victoria has recorded 270 new cases of coronavirus , the state’s second-worst figure since the pandemic began. Pictured: Workers carry out testing in Melbourne

It comes as south-west Sydney suffers an outbreak with 21 cases linked to the Crossroads hotel in Casula.

Kmart in the town has been closed after an employee caught the deadly disease from a friend who went to the pub.

The outbreak has led the Queensland government to ban travellers from Sydney’s COVID-19 hotspots – less than a week after the Sunshine State opened borders to their southern neighbours.

The move comes as the NSW government introduces stricter operating rules for pubs after 21 COVID-19 cases were linked to the Crossroads Hotel since July 3.

The new rules for pubs and hotels will be announced on Tuesday, including a limit of 300 people regardless of size, and group bookings capped at 10 people.

Meanwhile, South Australia has postponed its border opening for travellers from the ACT and NSW, which was scheduled for 20 July. 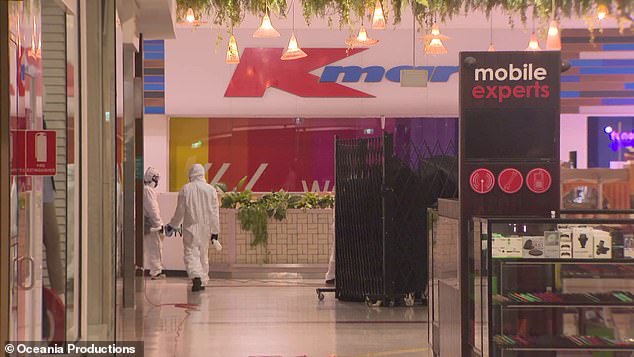 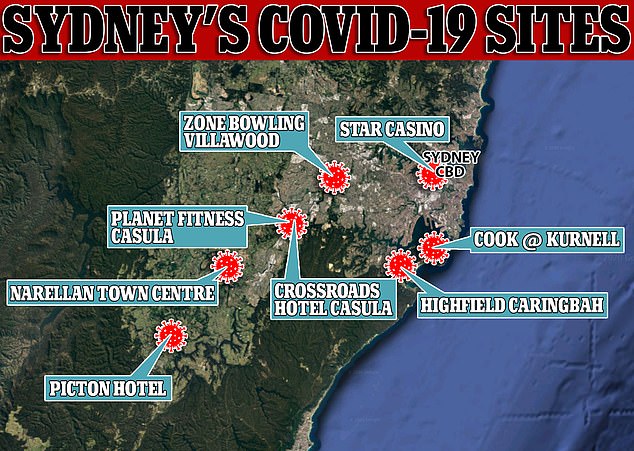