Twenty-six are connected to known outbreaks and the source of the rest is under investigation.

Premier Daniel Andrews told residents under lockdown in Melbourne that they should wear a mask when leaving their homes for essential reasons.

The total is the highest any state has ever recorded. The previous record was 212 new cases in NSW on 28 March during the peak of the pandemic in Australia.

Many of those were returned travellers and their close contacts, meaning the Victoria outbreak is far more dangerous and a ‘threat to the nation’ because the cases are transmitting rapidly among the local community.

Last night it was announced that residents of a Melbourne high-rise that have been confined to their homes since Saturday will be kept under hard lockdown for another nine days as the city’s outbreak grows.

The housing commission block at 33 Alfred street has recorded a total of 53 cases, prompting Premier Daniel Andrews to extend the lock-up, although residents will now be allowed daily supervised exercise.

Many of the tower’s inhabitants are from ‘diverse communities’ and officials will try to bring them ‘culturally appropriate’ food.

Residents of eight other towers that went under hard lockdown are being released after two blocks recorded zero cases and six recorded very few cases.

They will still be subject to stay-at-home orders like the rest of Melbourne but can now leave for shopping, work and school, healthcare and exercise.

Residents who have tested positive must still isolate. 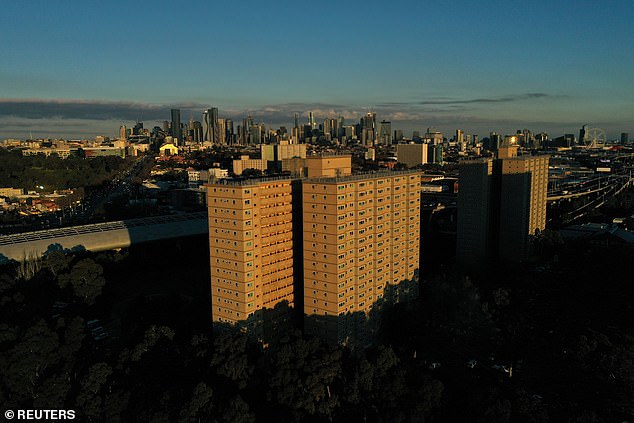 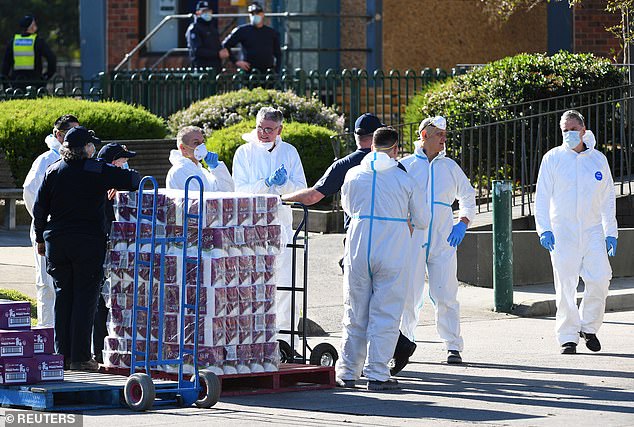