The latest figures come after the state reported 450 infections on Friday, a dramatic decrease from its record of 750 cases on Wednesday. 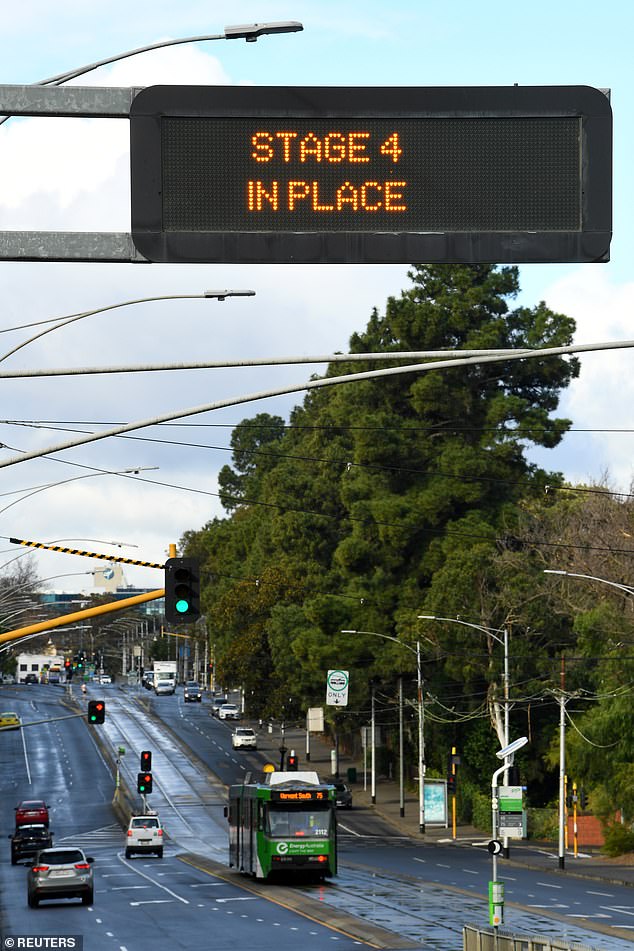 Signage for stage four lockdown restrictions, implemented to curb the spread of the coronavirus disease, is seen in Melbourne

Education minister James Merlino announced on Friday all Victorian students studying for their VCE will be individually assessed for any adverse impacts from COVID-19 – which will then be reflected in their ATAR score.

‘This is quite an extraordinary change. So every single student will be individually assessed,’ he said.

‘We’ll look at things, for example, such as significant increase in family responsibilities as a result of COVID-19 and we’ll of course consider the mental health and wellbeing of students during this period.’

He said 1,000 of the 1,150 cases visited on Thursday were isolating within the rules, while the 150 who were not have been referred to Victoria Police. 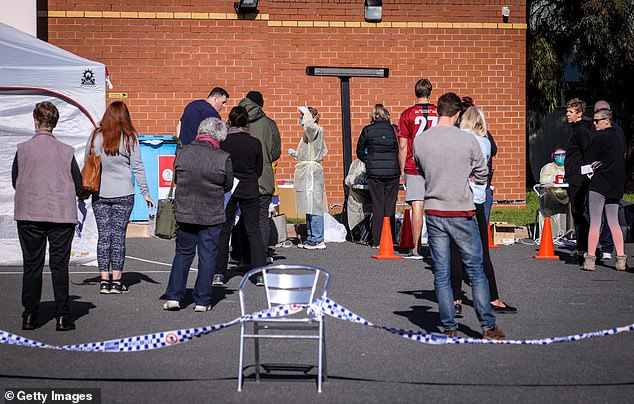 Two men were arrested in relation to the so-called ‘freedom rally’ which is planned to take place on the steps of Parliament on Sunday.

The scheduled protest for Sunday would be in breach of the Chief Health Officer’s directions which bans gatherings of more than two people in public places.

The arrests of the men, both aged 41, came after police searched two homes in Mooroolbark and Chirnside Park on Thursday.

A 41-year-old male from Mooroolbark was charged with incitement. He was bailed and is due to appear at the Melbourne Magistrates Court in January next year.

A 41-year-old male from Chirnside Park was also arrested  but was released with intent to summons. He is expected to be charged on Friday with the same offences.

More than 400 people have expressed interest in attending the protest but police have warned they will be dishing out $1652 fines and making arrests.

‘This selfish behaviour will absolutely not be tolerated,’ Victoria Police said.

‘Be assured Victoria Police will be responding and will take appropriate action. 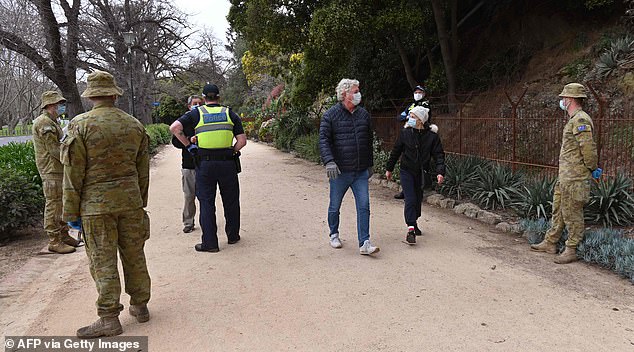