Victoria rocked by a 3.5 magnitude earthquake with hundreds feeling the shake

Towns in western Victoria have been rocked by a 3.5 magnitude earthquake on Friday morning.

The quake was felt near Glenorchy around 8am on Friday and in surrounding towns including Ararat and Stawell.

A 3.5 magnitude earthquake hit Glenorchy and surrounding suburbs around 8am on Friday

One person said they felt their entire house shake for up to ten seconds while another said their son saw ‘things moving on the walls’.

Several other Victorians said the bang was so loud that they thought it was a mine blast from the nearby goldmine.

‘Thought a truck had driven into the front of my house!’ someone said.

‘Was scary as I didn’t know what to do, so grabbed my one-week-old daughter and held her for dear life,’ another said.

One resident said she thought her house was about to blow up.

‘I felt the whole house shake like there was a big explosion,’ Ararat resident Grace told 3AW.

‘It was like something blew up just outside the window.’

It’s believed the quake was felt up to 100km away in Ballarat. 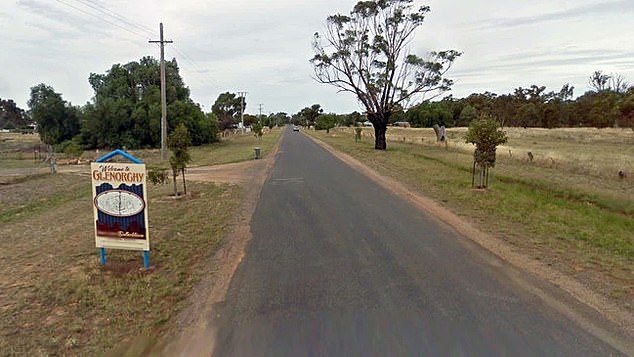 Glenorchy, (pictured) Ararat, and Stawell residents said they all felt their houses shake after the quake hit on Friday