Laidley, 53, was arrested outside a home in south Melbourne on May 2 and was pictured wearing a dress in an interview room at St Kilda Police Station.

A Victoria Police spokesperson told Daily Mail Australia seven officers were ‘currently suspended from duty’ and ‘six members have been transferred to other duties.’

Two officers, including Senior Constable Shane Reid, from the southern metro region were also stood down after allegedly leaking the images of Laidley.

Laidley, a former West Coast and North Melbourne player, was charged with a series of offences including stalking and committing an indictable offence while on bail.

The leaked pictures showed off Laidley’s mugshot and the former Kangaroos coach wearing a blonde wig, makeup and a dress as he was questioned by officers.

Victoria’s corruption watchdog, the independent Broad-based Anti-corruption Commission, has launched an investigation into the leaking of the photos. 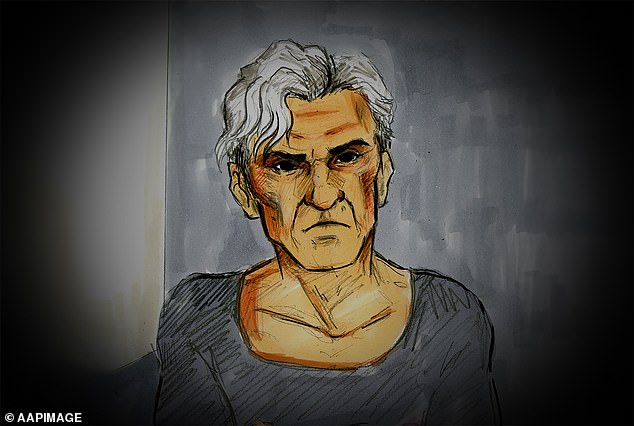 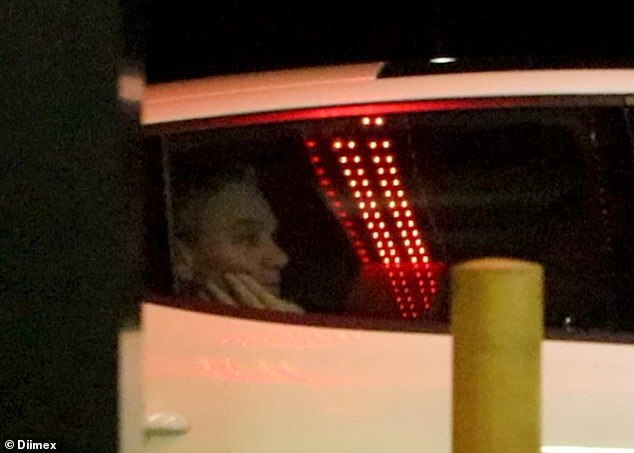 ‘I am appalled an employee of Victoria Police has taken these photographs.

‘It is appalling conduct and there is no place for it in our ­organisation,’ he said.

Around 100 police employees have reportedly come forward about receiving the photos and the officers in question could face dismissal and criminal charges.

Laidley has also been charged with a persistent breach of a family violence order, using a carriage service to menace and four other intervention order breaches.

Melbourne Magistrates Court heard that Laidley tried to contact his estranged girlfriend more than 100 times in calls and texts between April 4 and May 2.

Laidley spent over a month in a Geelong rehabilitation clinic after his arrest and was then moved to a transitional housing facility.

The troubled footy great is due back in court on December 14.

THE LIFE AND TIMES OF DEAN LAIDLEY

Laidley grew up in Balga in Perth’s north and played senior football for the West Perth Football Club.

He made his debut for the West Coast Eagles in 1987, where he played 52 games before being traded to the North Melbourne ahead of the 1993 season.

He won a premiership with the Kangaroos in 1996 and was inducted into the team’s Hall of Fame in 2019.

His willingness to commit to contested balls earned him the nickname of ‘The Junkyard Dog’. 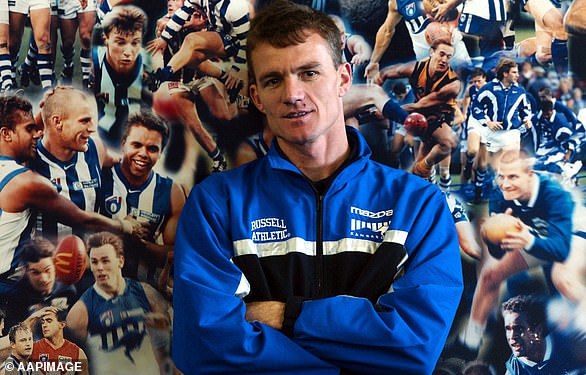 His coaching career includes seven seasons with the Kangaroos between 2003 and 2009.

He and his family were attacked by bouncers at the Bounty night club in Bali after his daughter’s wedding in 2011.

His son received a broken jaw while Laidley required stitches after being hit in the head with a bottle.