Victorian businesses hit hard by repeated coronavirus lockdowns are given grants of up to $5,000

Victorian businesses hit hard by repeated coronavirus lockdowns are being given a $400 million helping hand.

The joint state and federally-funded package announced on Wednesday includes $5000 grants for about 30,000 businesses hit by capacity limits under the current public health restrictions.

Businesses in Melbourne’s CBD can get an additional $2000, in recognition of reduced foot traffic due to office density limits.

Licensed venues, which have higher operating costs, will be eligible for larger grants of up to $20,000 under a $70 million boost to the state government’s Licensed Hospitality Venue Fund 2021.

Alpine businesses, which have been disrupted two years in a row during the winter ski season due to lockdowns, will be offered grants between $5000 and $20,000, totalling $9.8 million.

There will be $85 million set aside to support small businesses with a payroll of $10 million and under, which have not been eligible under existing business support funds.

If those businesses have experienced a 70 per cent or greater reduction in revenue they will be eligible for grants of up to $5000.

The funds are in addition to the $940 million in support the Victorian government has provided businesses through the state’s fourth and fifth lockdowns, which ran between May, June and July.

Victorian Treasurer Tim Pallas described the package as a “restart” measure, aimed at providing businesses with the confidence they need to open up following the turbulent period. 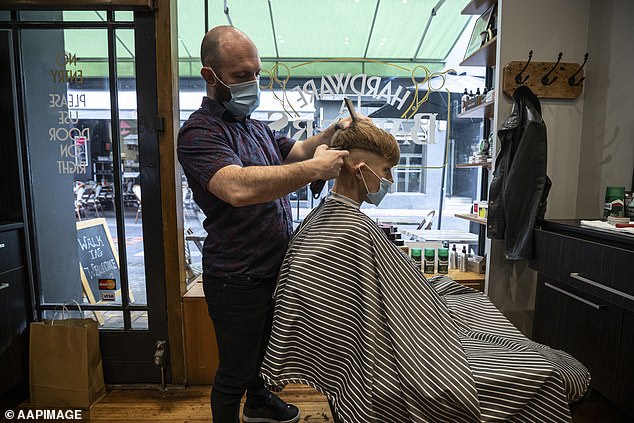 “This is effectively a recognition that there’s been a cumulative effect on business,” he told reporters on Wednesday.

“We’re hearing that particularly from small businesses that are finding it incredibly difficult to get started. They’re finding the on-again, off-again, nature of restrictions, debilitating.”

Mr Pallas conceded no measure could provide “full restitution” for the harm businesses had endured throughout the pandemic.

“Having battled five lockdowns Victorian businesses have been amongst the hardest hit in the nation,” he said in a statement.

“No amount of support can make up for what business owners have experienced over the last year and half, but this latest package will support them as they reopen after this latest lockdown.”

The state government also announced an $80 million commercial tenancies relief scheme will return, so landlords can provide rent relief to their tenants.

“It’s not without complexity, but it’s something that we understand, particularly in the context of the back end of this year and 2022, for businesses to have the confidence to get events planned and organised some insurance product would be helpful,” Mr Pakula said.

Opposition Leader Michael O’Brien said the support package did not go far enough, particularly when it comes to the support for the CBD.

“Two thousand dollars is a drop in the ocean. The city is a ghost town. You walk down the Bourke Street Mall, one in five shops are vacant,” he said.