As residents in the border town of Echuca continue to sandbag the town, video has emerged of a wombat called Selina swimming through flood waters on the outskirts of town.

The video was captured by a Wildlife Australia volunteer – one of many whom have flocked to Victoria’s north to help save thousands of displaced animals.

Kangaroos displaced by rising flood waters in Shepparton on Monday 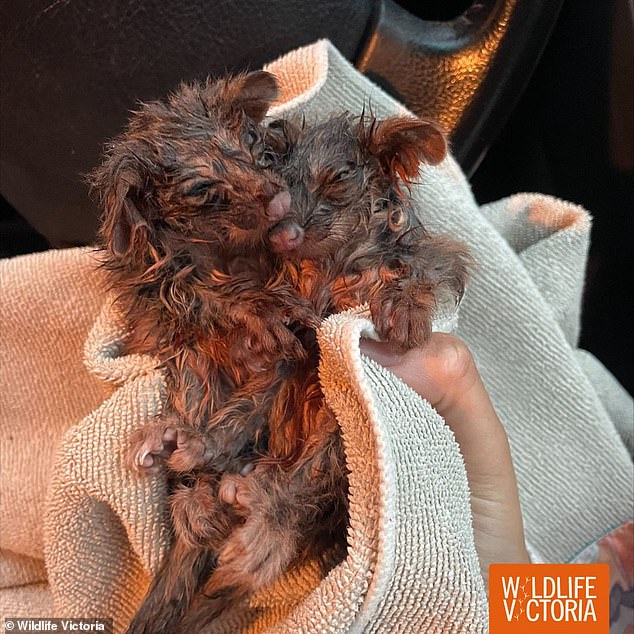 Baby possums rescued by Wildlife Victoria in the floods

On Friday, Daily Mail Australia reported on the plight of wombats caught up in the floods north of Melbourne.

An image showed the heartbreaking moment a wombat and its tiny joey fled rising floodwaters.

The photo was captured by staff at the Molesworth Recreation Reserve and Caravan Park- situated situated a little over 100kms northeast of Melbourne’s CBD on the Goulburn River.

The fate of the wombat and its joey remains unknown, with the caravan park and its residents fighting a losing battle against the rising flood waters.

Photos of bedraggled baby possums, soaking wet kookaburras, frightened kangaroos and even homeless lizards have been posted to social media. 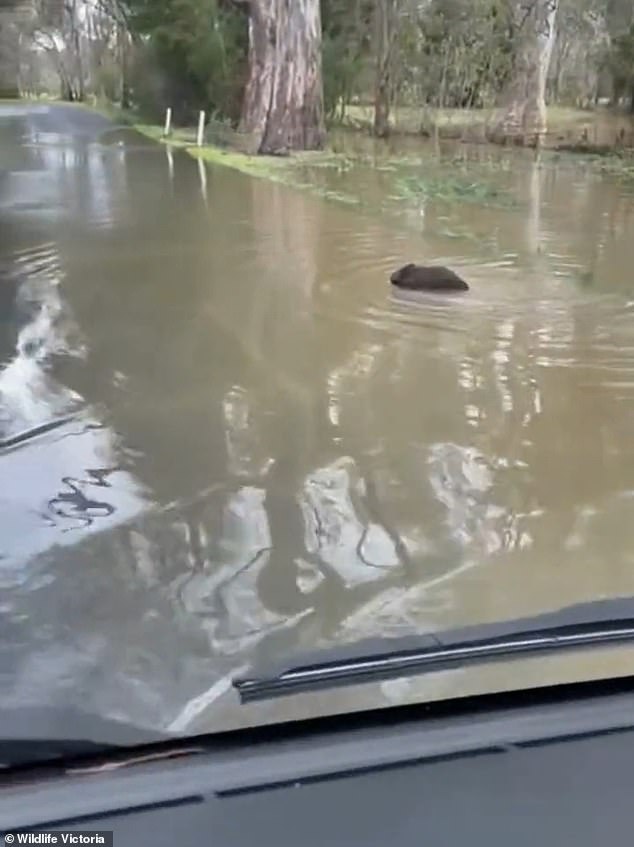 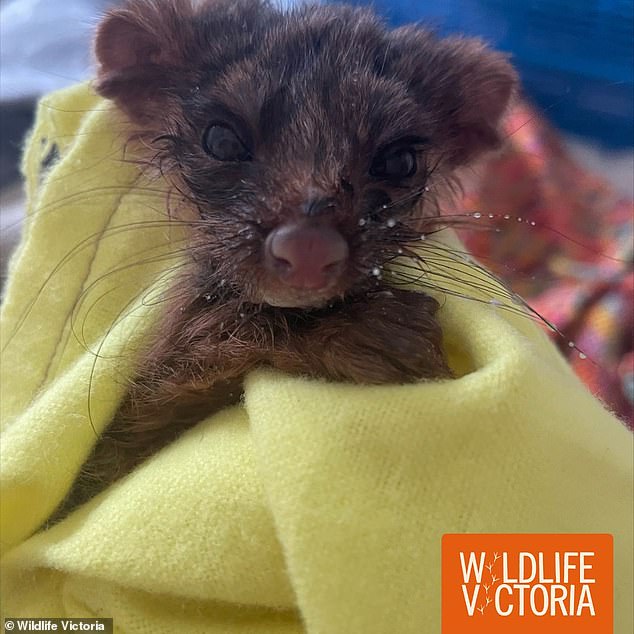 In what can be regarded as some rare good news among the animal crisis, a wombat named Selina has been found alive and well after escaping her prison island in the Macedon Ranges – northwest of the CBD.

Selina had dug a burrow in high ground after being flooded out in the area a few weeks ago.

That burrow had become an island over the weekend, with concerns she had been swept away.

Overnight, Selina and her friend ‘Wimble’ were captured on night vision cameras on dry land after somehow escaping their island.

A little bush mouse named Antechinus was not so fortunate and remains trapped there until the water subsides.

Wildlife Australia has set up an appeal aimed at raising funds that will go directly to its Emergency Rescue Service.

The organisation is running a phone line 24-hours a day so its travelling vets can respond to wildlife emergencies in the field. 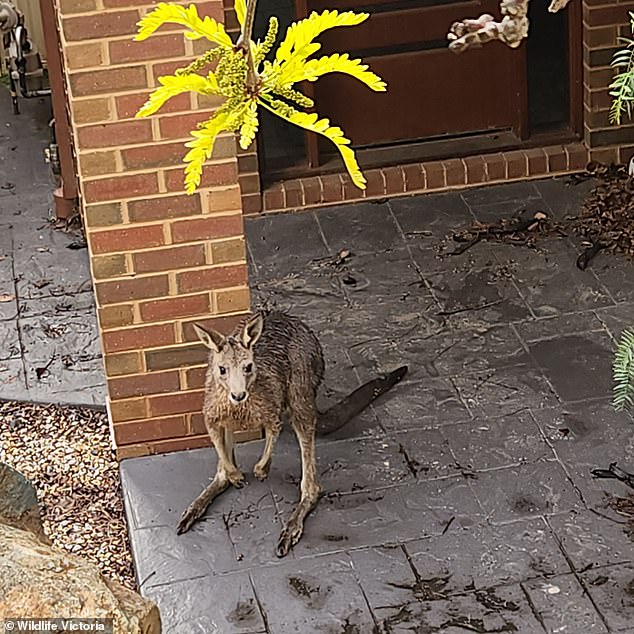 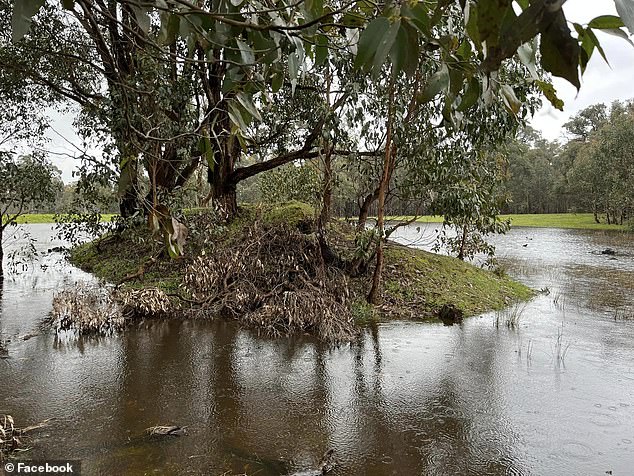 Selina the wombat made a burrow in high ground when the flood waters began to rise. 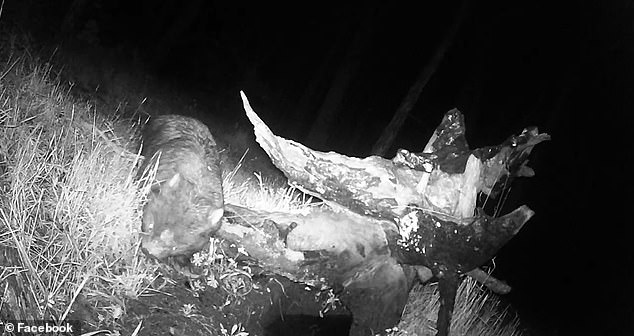 Selina was later spotted on dry land after escaping the island

The organisation has received more than 1000 calls for help over the past 48 hours.

While Victorian Premier Daniel Andrews on Monday announced a $351 million package to give regional Victorian communities the immediate support they need, the state’s wildlife have been left to defend to themselves.

On Friday, a Molesworth Recreation Reserve and Caravan Park staffer told Daily Mail Australia the mother and joey they pictured were not the only wombats scurrying for their lives.

‘There were wombats everywhere searching for higher ground. It’s a terrible situation with the Goulburn right now,’ the spokesperson said.

‘Our entire park is under water and it’s getting deeper and deeper so hoping eases soon.’

‘Echuca had its first peak, so that happened overnight, but as this water works its way up to Goulburn, it will see a second peak in Echuca on Tuesday and Wednesday,’ he said.

‘Even though the water is slightly receding in Echuca, it’s still got major flooding levels, there’s still significant risk there but it’s the next peak we are looking at.’

Mr Crisp said a State of Disaster had not yet been declared despite wild weather and flooding expected to last four to six weeks. 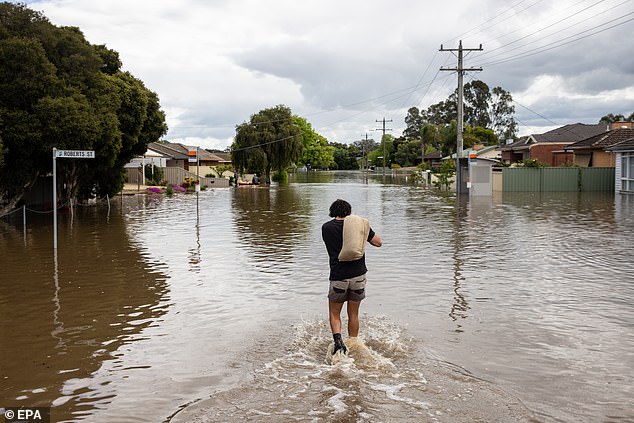 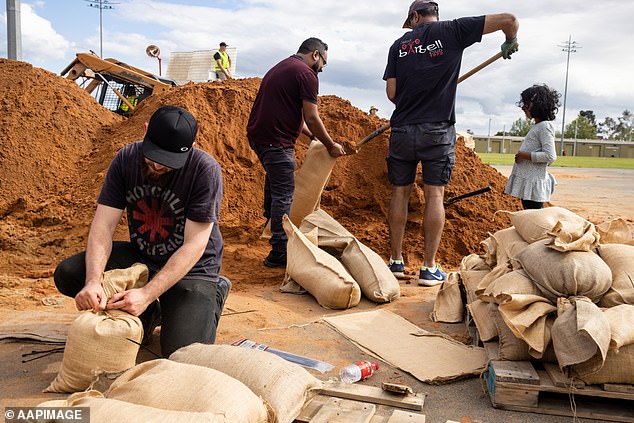