Kelly Scherger had just left her family in their holiday caravan park at Victoria’s Apollo Bay. All she needed was salt for their homemade spaghetti.

Driving along the Great Ocean Road to the supermarket, she received a call from a home phone number, which was strange.

They kept it brief.

‘He basically said, “Just so you know, your test has come back and you’ve got breast cancer. Best if you come back now.”‘

Before her coastal getaway, Kelly had found a lump.

Her first ultrasound and fine needle aspiration (FNA) returned an atypical reading and her doctor said it didn’t ‘look like much’.

She received the same result six weeks later, so was booked in for a biopsy after another six weeks.

But with no family history and at 39, she never thought it would happen to her.

Only after she arrived back at their holiday home and told her husband and three boys, did reality sink in.

‘Not knowing anything apart from, “you’ve got breast cancer”, is pretty scary. You just don’t know what stage you are or where it is.’

‘Googling everything’ soon after didn’t help and Kelly doesn’t recommend it.

Her family travelled home to Mildura the next morning, 10 days earlier than planned.

So far she’s endured four rounds of one type of chemotherapy every two weeks, another 16 rounds of another sort, radiation, surgery and endless Covid-19 restrictions. 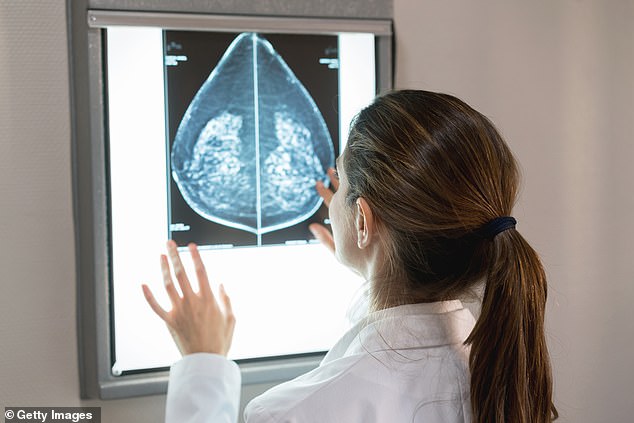 So far Kelly has endured four rounds of one type of chemotherapy every two weeks, another 16 rounds of another sort, radiation, surgery and endless Covid-19 restrictions (stock image)

Normally those recovering from cancer are surrounded by family and friends. Kelly counts herself lucky she was allowed one support person at hospital, most of the time.

‘But when the numbers went up again and lockdown here and lockdown there … You go from home to chemo to home again.’

She was also forced to cancel her 40th birthday party and two more family trips to the Gold Coast.

‘That’s where it’s really hard, there’s nothing you can look forward to in a pandemic,’ she says.

Early on, Kelly was supported by McGrath Foundation Breast Care Nurse Louise James who, after having worked in the role for eight years, found all the medical exemptions needed during Covid an ‘absolute nightmare’.

Mildura sits northwest of Victoria along the Murray River and close to the NSW border. Louise sees patients 100km away and over in South Australia, where Bendigo regional hospital can be closer to some than Adelaide.

Then there are the stories she regularly hears. Women rapidly swabbed before getting out of their car to be greeted by workers in full PPE gear at side doors. Husbands locked out of hospitals in Melbourne during treatment. Young women having breast surgery or reconstruction alone.

‘Yeah there’s Facetime but it’s just so distressing for them and their families,’ she says.

While Kelly thinks her diagnosis was too long after she first found the lump, Louise is just so thankful she looked in the first place.

She wants all women to know their breasts well enough to notice when something is wrong.

While it does depend on diagnosis, Louise says women who are supported by a specialised breast nurse have far better outcomes. 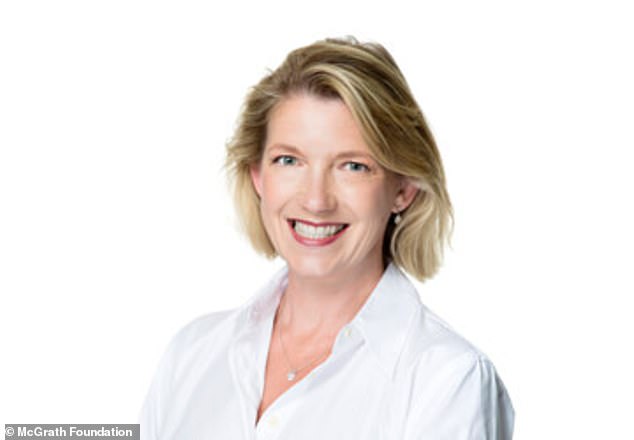 ‘At a time when things feel out of our control, a simple thing we can do is a monthly check on ourselves,’ she says.

Cancer Australia recently released a report on the impact of Covid between January and December, 2020.

Diagnostic procedures for 14 types including breast, lung and ovarian, were down eight per cent or 163,595 fewer than expected for that period.

Cancer doesn’t stop for pandemics, bushfires or floods and one of Holly’s greatest concerns is for women living with undiagnosed conditions.

‘It doesn’t matter if you thought you should have started checking 10, 20, 30 years ago, there’s a very good time to start breast checks and that’s today,’ she says. 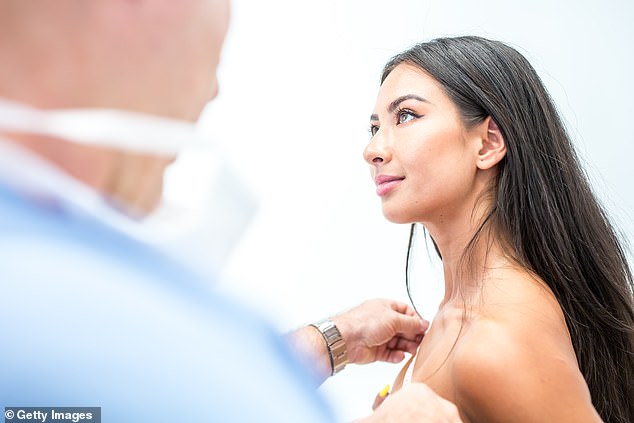 And breast cancer is not an elderly woman’s disease: all three women point out young women should be routinely feeling and looking for signs too.

Gather a group of 14 women and tell them that statistically, two will be diagnosed with breast cancer and the message really hits home, Louise says.

But the fact that two thirds of breast cancer diagnoses for women over 40 are detected outside the surveillance screening program, is promising.

‘I want the next generation of young girls to know their breasts so well they’ll see any changes straight away. My mother would have never felt her breasts,’ Louise says.

‘If you grow them, you really need to know them.’