A Melbourne paramedic suffered facial injuries when she was pulled into a headlock and repeatedly bashed in yet another sickening and violent attack by a patient.

Paramedics were called to Reynard Street in Coburg in the city’s north on Tuesday night following reports of a drug-affected man in his 20s knocking on doors and behaving erratically.

Ambulance Victoria chief executive Tony Walker said the patient initially cooperated with the two paramedics and allowed them to take his blood pressure in the ambulance.

‘As the crew prepared to take the man to hospital, he became physically aggressive and attacked our female paramedic, who was pushed in her chest, put in a headlock and punched in the face,’ he said.

The paramedic’s male colleague was also injured in the attack as a bystander came to their aid while waiting for police to arrive.

There are reports the man had been on a five-day bender after attending the Rainbow Serpent music festival over the Australia Day weekend, 3AW reported.

Ambulance Employee Union general secretary Danny Hill told Daily Mail Australia he has since spoken to the female paramedic who was left ‘very shaken’ by the traumatic ordeal.

She’s believed to be aged in her early 30s with 10 years experience. 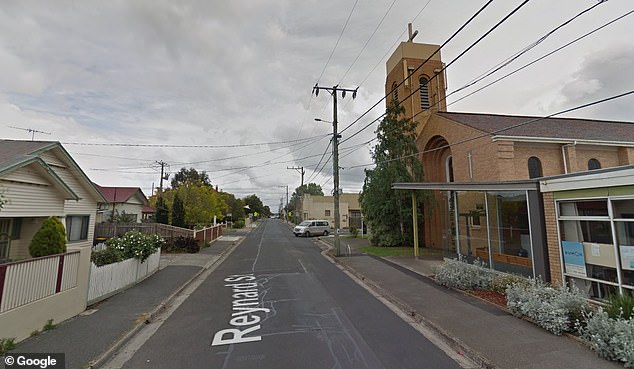 ‘Her face is very swollen and bruised,’ Mr Hill said.

‘The physical injuries will heal but it’s more than likely the emotional trauma will take some time to get over.’

Mr Hill described the attack as mean and nasty.

‘It was unprovoked and happened without warning as the patient was conversing well with the paramedics,’ he told Daily Mail Australia. 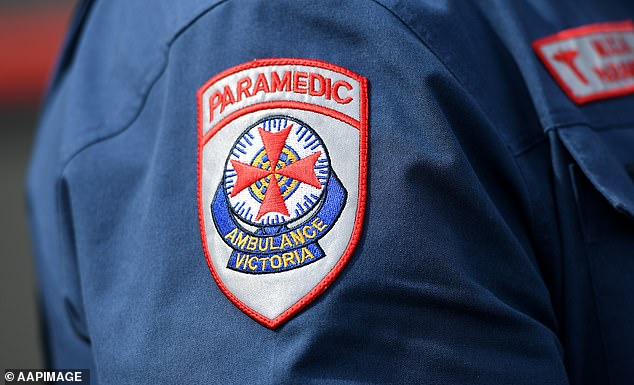 A second paramedic crew sedated the patient and transported him to The Royal Melbourne Hospital, where he remains in a stable condition.

A Victoria Police spokeswoman told Daily Mail Australia the man will be interviewed at a later time.

The injured paramedics are recovering at home and being supported by their friends, families and Ambulance Victoria.

‘What happened last night is unfortunately not new to us, and forces us to reiterate that aggression and abuse towards paramedics is completely unacceptable,’ Mr Walker said. 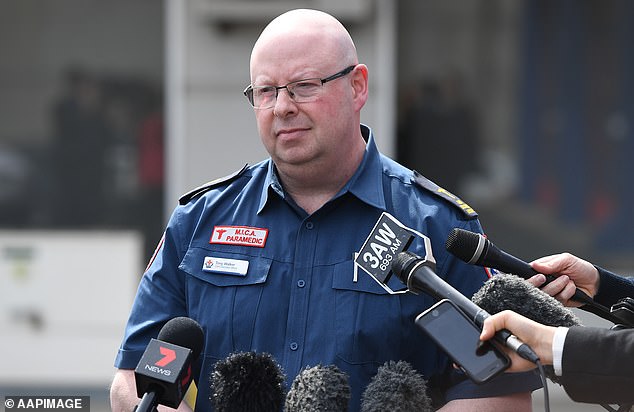 ‘No one comes to work expecting to be harmed and we have zero tolerance for violence, threats or abuse.’

Ambulances were plastered with protest graffiti last year after a spate of alleged  attacks on Victorian paramedics.

An #itsneverok hashtag went viral social media as ambulance officers and the community pledged their support for paramedics.

The social media campaign prompted the Victorian government to pass tough new laws in June, where courts now have to impose a custodial sentence and can’t sentence anyone found guilty of attacking emergency workers to a community correction order or other non-custodial outcome. 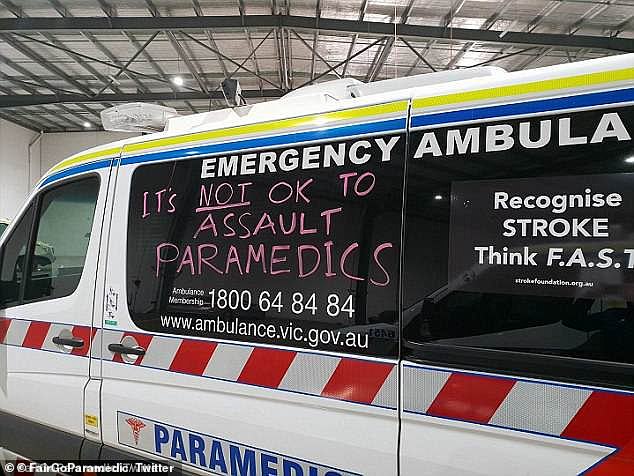 ‘Paramedics are exposed to physical and verbal abuse and are spat on a daily basis,’ Mr Hill told Daily Mail Australia.

‘There’s already a lot in place to protect paramedics. But we will continue to push hard for stronger laws. It’s not just about the physical injuries. The emotional scars are often career ending.’

Mr Hill had this plea for the community.

‘Paramedics are called out to jobs to assist people,’ he said.

‘Don’t touch them and let them do the important job they’ve got to do.’