Politician Jaala Pulford has opened up on the excruciating pain she endured during the loss of her teenage daughter to cancer.

Ms Pulford, the Victorian Minister for Employment, Innovation, Medical Research and Small Business, lost her daughter Sinead in 2014 at the age of 13 after a terrible battle with the deadly disease.

She made an emotional address about her daughter’s passing to the Million Dollar Lunch at Melbourne’s Crown Palladium on Friday, in the process raising more than $2million for the Children’s Cancer Foundation. 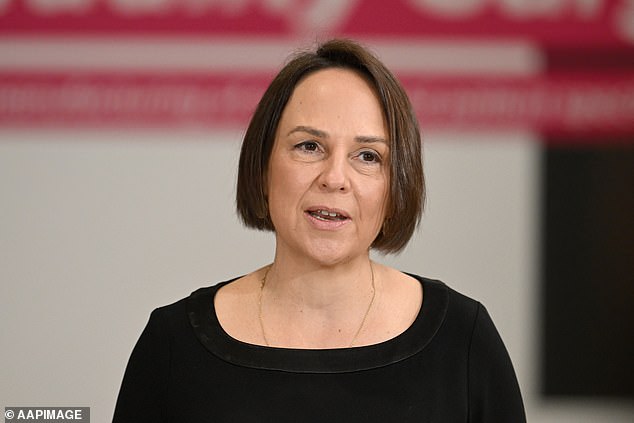 Ms Pulford tweeted about her speech: ‘Just about fkn killed me but helped the Children’s Cancer Foundation raise $2.27m today.’

During the speech, Ms Pulford said her stories about her daughter had been stuck in a ‘time warp,’ since the 13-year-old’s passing.

‘Sinead was smart and sassy. She was unusually self-assured. She was a doting and protective big sister and a loyal friend. I miss her with every breath I take,’ Ms Pulford said in a report of the speech in the Daily Telegraph.

Since cancer took her daughter, Ms Pulford said she watch the life she would have had lived vicariously through Sinead’s friends – affectionately known by her son, Hamish, as ‘back-up sisters’.

Ms Pulford then spoke of the gut-wrenching final moments her daughter spent surrounded by her family in her bed, with her fingernails still done up from her last-ever outing – a trip to the nail salon three weeks before she passed. 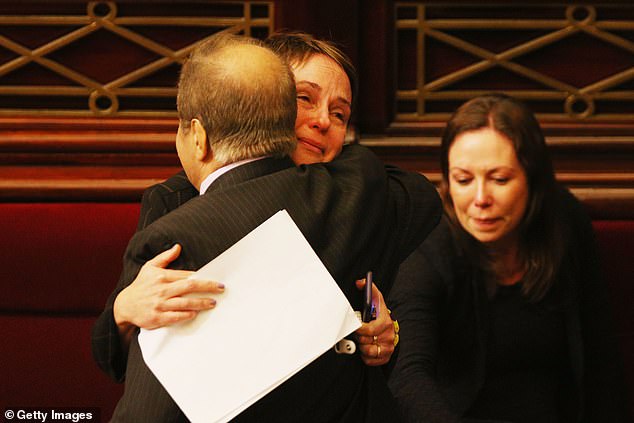 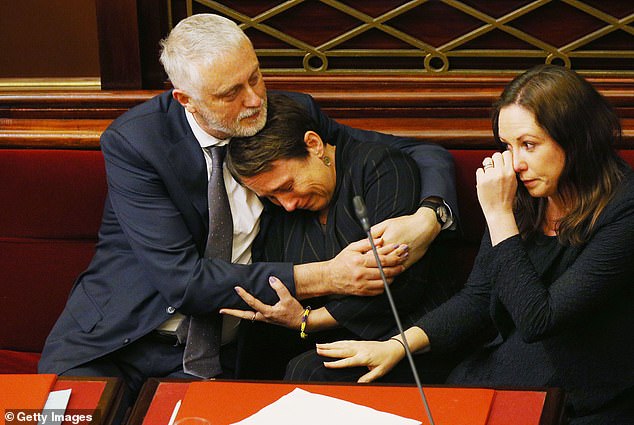 ‘I told her how much we loved her, and how strong she had been, how proud of her we were, how it was OK for her to go now, and that we would always love her… She took a deep breath and squeezed my hand goodbye, and then she was gone,’ Ms Pulford said.

Ms Pulford had previously spoken about the death of her daughter in parliament in 2017.

Ms Pulford delivered the emotional speech about her daughter’s untimely death during a debate on legalising euthanasia.

‘(I) learned more about death and dying than I ever cared to,’ she said at the time.