A press conference to announce a new $15million sponsor for Netball Australia has taken a dramatic turn, with Victorian Premier Dan Andrews rushing to the aid of a child who appeared to have collapsed.

Andrews was announcing that the Victorian government had stepped in to sponsor the organisation, after mining magnate Gina Rinehart withdrew $15million worth of funding over the sport’s racism scandal.

Under-siege Netball Australia CEO Kelly Ryan was talking about what the funding would mean for the sport and its junior pathways before a loud thud was heard behind her.

A junior player appeared to have fainted, and both Andrews and Ryan rushed to the young girl’s aide as the press conference was brought to an abrupt halt.

A woman could then be seen hugging and comforting the young girl, who appeared to be traumatised.

Indigenous player Donnell Wallam refused to wear the side’s uniform bearing the logo of Rinehart’s mining company, and teammates rallied around her. 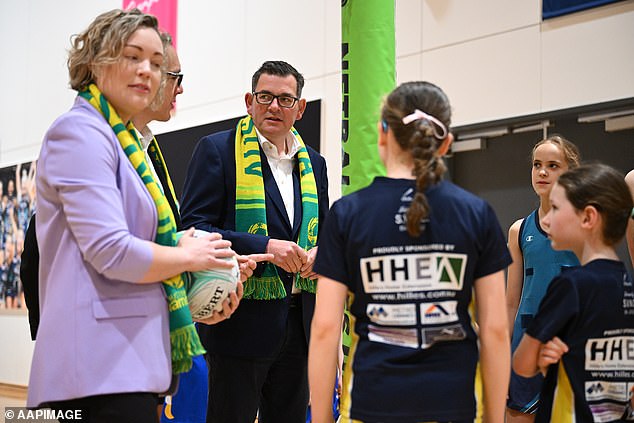 Wallam and the players expressed their concerns over Rineheart’s father, Lang Hancock, and his track record of racism against Indigenous Australians.

Hancock had suggested in 1984 that First Nations Australians should be sterilised so they could ‘breed out’.

Rinehart, who is worth an estimated $30billion, shredded the $15million sponsorship after the furore escalated and she was urged to apologise for her father’s comments some 40 years prior.

Netball Australia, already $8million in debt, faced a huge funding black hole until Andrews and his government stepped in. 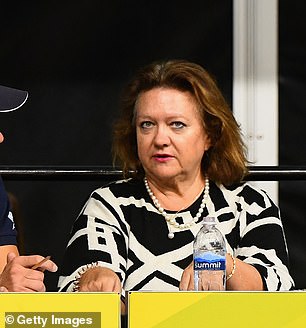 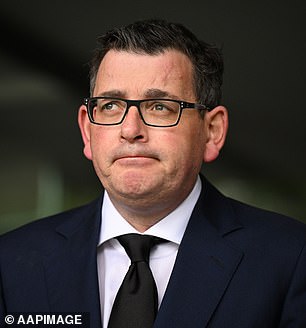 The state’s tourism body, Visit Victoria, will step in to breach the gap with a deal that runs until June 2027.

The Super Netball final will be played in Victoria, while the Diamonds will also wear Visit Victoria branding on their team kit, and play five test matches and training camps in the state between 2023 and 2026.

‘Obviously there was a sponsor. That sponsor was no more so there was a gap and Visit Victoria raced to fill it. Other states wanted this but Victoria secured it,’ Andrews told reporters. 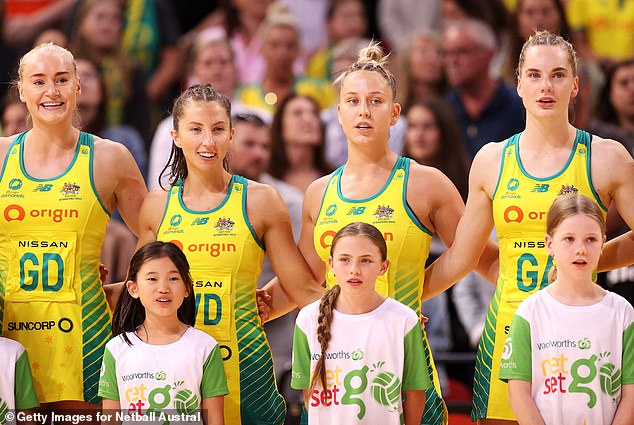 Ryan looked a relieved woman as she thanked Rinehart for her huge contribution to the sport, and welcomed Netball Australia’s new relationship for the Victorian government.

‘She (Rinehart) was an incredible backer of our sport so we’ve certainly kept in contact and made sure that we’ve ended the partnership as best we can,’ she said at the press conference.

‘This is a different partnership now and one that we look forward to delivering over the next four and a half years.’

The Diamonds beat England 56-48 on Sunday night as they continued their return to form, and will face the arch-enemy against this Thursday in Brisbane.