Daniel Andrews like you’ve never seen him before: Wife shares photo of a VERY different looking Victorian Premier – as he turns 50

By David Southwell and Max Aldred For Daily Mail Australia

Daniel Andrews caught many Victorians off-guard by sporting a different look in a photo his wife Catherine shared to wish the Victorian premier a happy 50th birthday.

On Wednesday Mrs Andrews took to social media to post the picture of herself planting a kiss on the premier’s uncharacteristically stubbly cheek.

‘Happy birthday to you my darling husband,’ Mrs Andrews wrote.

‘I hope you have the best day. All our love.’

Mrs Andrews signed off the touching message with the initials of herself and the pair’s three children – Noah, Grace and Joseph. 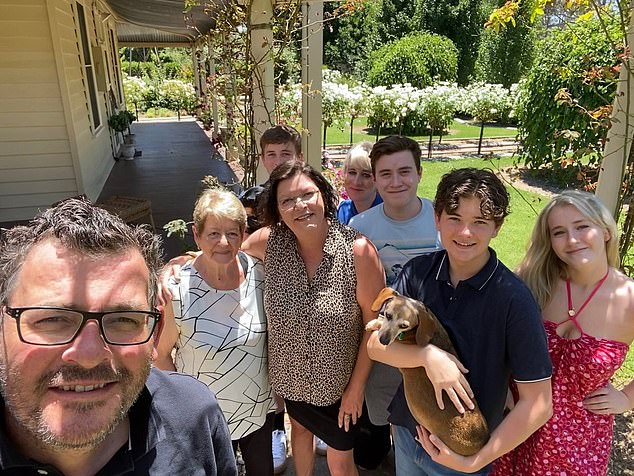 Her husband acknowledged the picture by re-posting it with a red heart on Twitter.

The last time the premier showcased a similar style was during his summer break over Christmas in 2021. It’s unclear when the birthday photo was taken.

He showcased the look in a family selfie which left followers’ tongues wagging at the time.

‘Hope the missus bought you a beard trimmer for Xmas mate, that’s a shocker,’ another quipped.

In contrast the latest, bearded snap sparked calls for the long-serving leader to resurrect the look.

‘I love it when you break out the Stubble Dan photos, Cath. Happy 50th Premier Dan,’ said another. 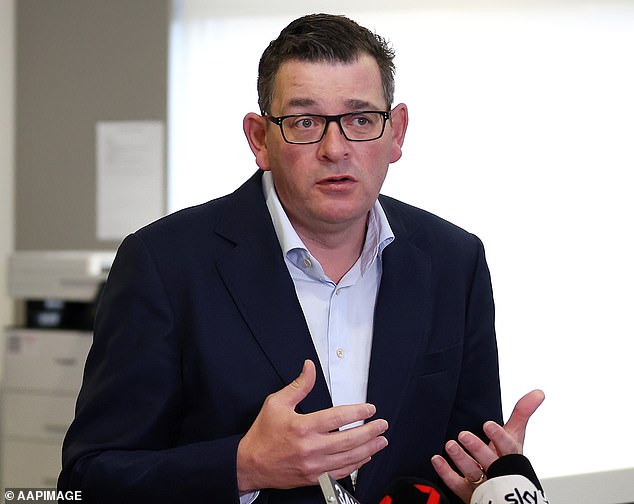 Dan Andrews usually sports clean cheeks and slick hair (pictured), a world away from the stubbly look showcased by his wife

‘Been to the Martin Pakula School of shaving,’ wrote one.

‘Has he decided to adopt the Martin Pakula hobo look?’ joked another.

Newly-minted Deputy Premier Jacinta Allan will step into the top job during his absence.