Victorians are endangering the lives of Queenslanders by trying to sneak past strict border closures, according to a top cop.

The Sunshine State eased border restrictions to all states except Victoria on June 10 with strict checkpoints set up to turn people away if they try to enter.

Over the past four days more than 1,000 people travelling from Victoria were busted trying to get through the strict Queensland border force checkpoints. 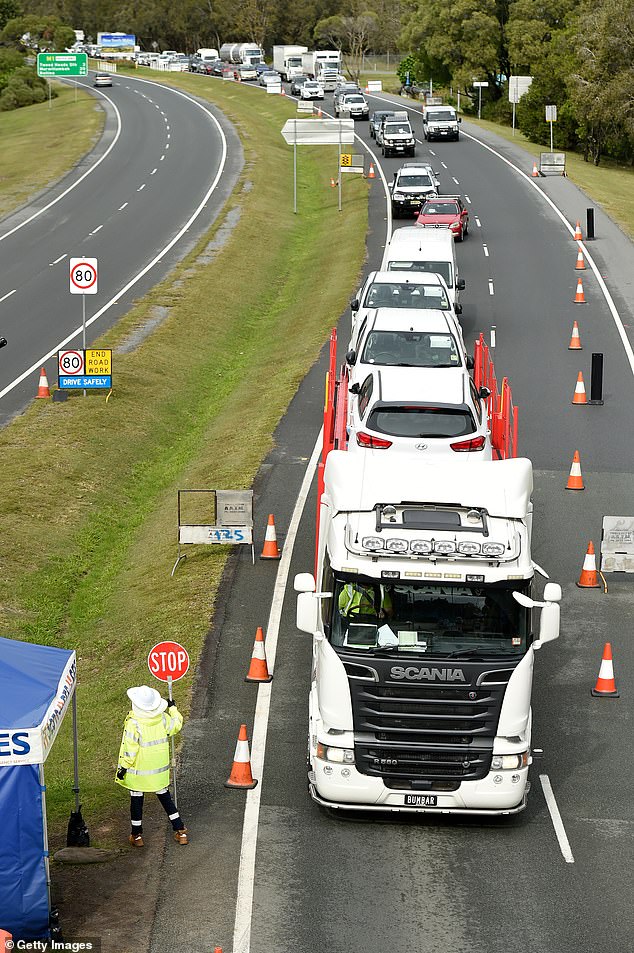 ‘It’s frustrating, it’s disappointing and it’s selfish, reckless behaviour that poses a danger to our community,’ he told the Courier Mail.

‘This is a perfect example of why we are having to have these border checkpoints.

‘We’re not trying to make people’s live difficult – we’re trying to save them.’

Queensland Police Deputy Commissioner Steve Gollschewski said police are going to remain at border checkpoints to ensure they do not become complacent.

Victoria recorded another 270 coronavirus cases on Tuesday as the state’s second wave of infections spread to New South Wales.

Premier Daniel Andrews on Tuesday said 28 cases are connected to known and contained outbreaks, while 242 infections are under investigation.

There are more than 1,800 active coronavirus cases in the state. 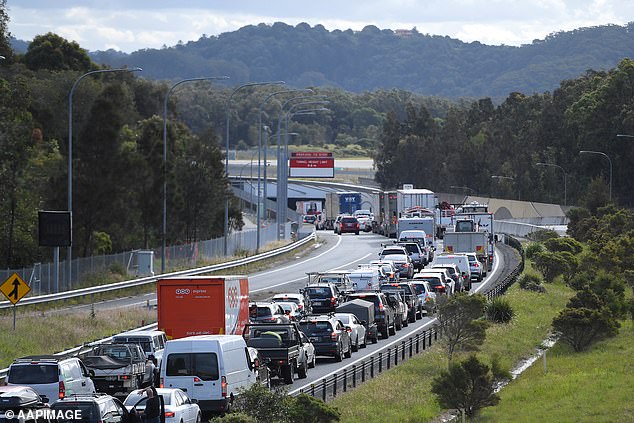 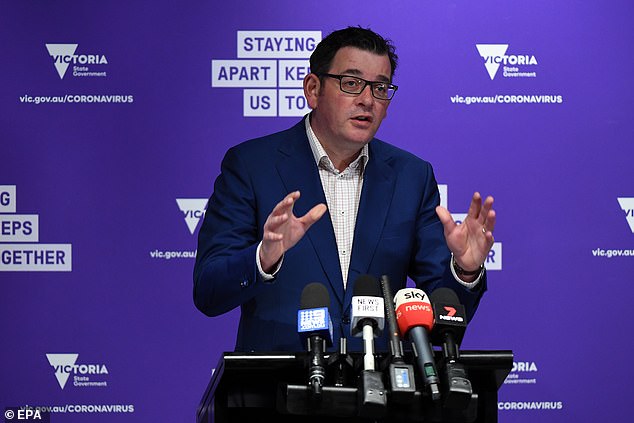 Premier Daniel Andrews (pictured on Tuesday) said 28 cases are connected to known and contained outbreaks, while 242 infections are under investigation 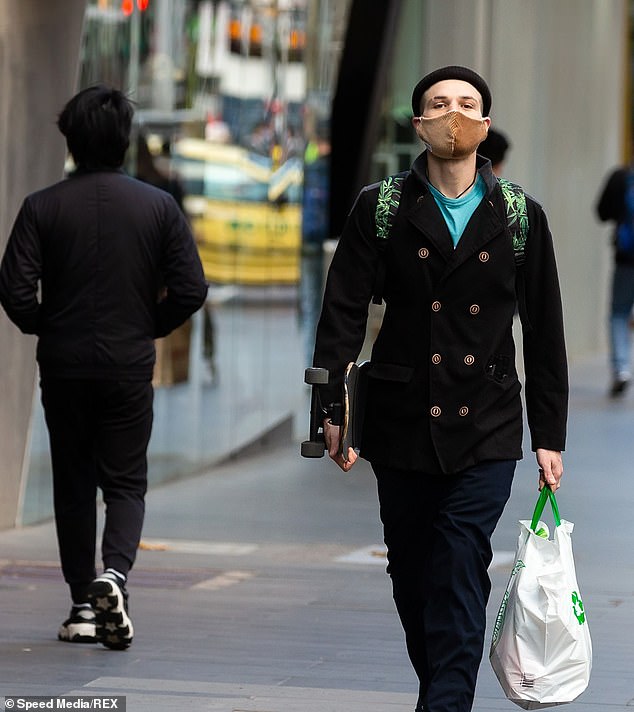 Melbourne went into lockdown on July 9 after Victoria has seen an outbreak in cases (pictured, a man wearing a face mask in Melbourne on Monday)

‘Obviously with such large numbers it’s a real challenge to get to the bottom of exactly where those people have been, who they’ve spent time with,’ Mr Andrews said.

South-west Sydney is also attempting to control a coronavirus cluster connected to the Crossroads Hotel in Casula – which has grown to 28 people.

A teenager, who works at a Kmart store in Casula, tested positive to COVID-19 after reportedly catching the virus from their 18-year-old friend, who works at the infected pub.

Of the new cases, two are returned travellers in hotel quarantine and one is a known close contact of a previous overseas case.

The further ten cases reported are related to the Crossroads Hotel and all people live in south-western Sydney.

‘Of these, three attended the venue and seven are close contact of the cases,’ Dr Kerry Chant said.

‘So we have a total of 23 cases associated with this cluster.’

The outbreak has led the Queensland government to ban travellers from Sydney’s COVID-19 hotspots. 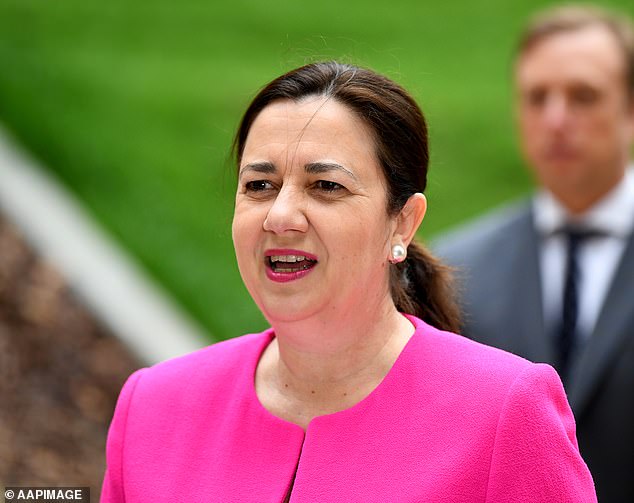 Queensland Premier Annastacia Palaszczuk (pictured) warned against those from infected areas entering the state, and has banned people from NSW hotspots 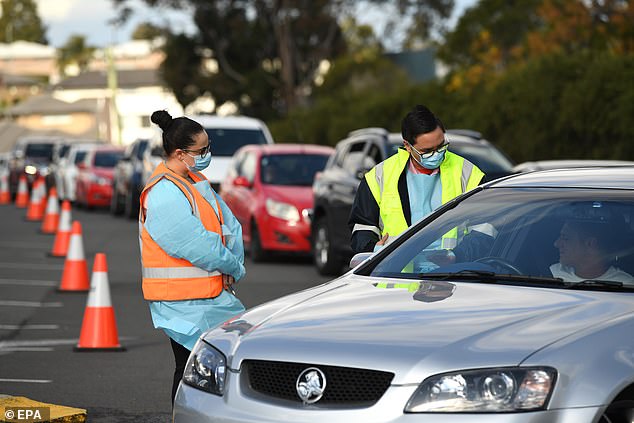 The ban comes less than a week after the Sunshine State opened borders to their southern neighbours.

South Australia on Tuesday announced they would delay the lifting of border restrictions with NSW and the ACT amid concerns over the rise in COVID-19 cases in Sydney.

The NSW government announced stricter operating rules for pubs after 28 COVID-19 cases were linked to the Crossroads Hotel since July 3.

The new rules for pubs and hotels include a limit of 300 people regardless of size, and group bookings capped at ten people. 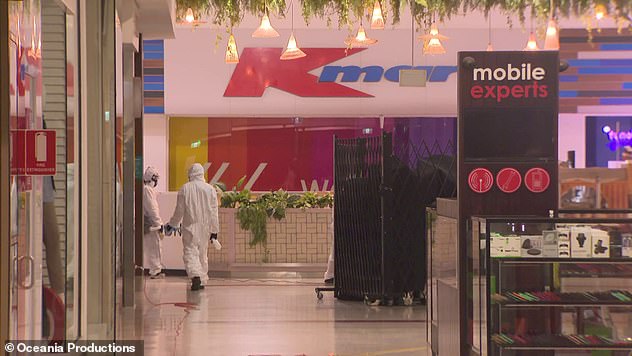 The changes – decided during a meeting of senior government ministers on Monday night – will not apply to clubs, restaurants or The Star Casino.

Ms Berejiklian reiterated life would not return to ‘normal’ until a vaccine was secured and refused to rule out tightening restrictions further.

‘Life will not be normal during the pandemic and so the question we ask in New South Wales is what can we do to reduce the risk, to reduce the spread,’ she said on Tuesday.

‘New South Wales is always looking for opportunities to reduce the risk and we know from the health experts what that risk is. 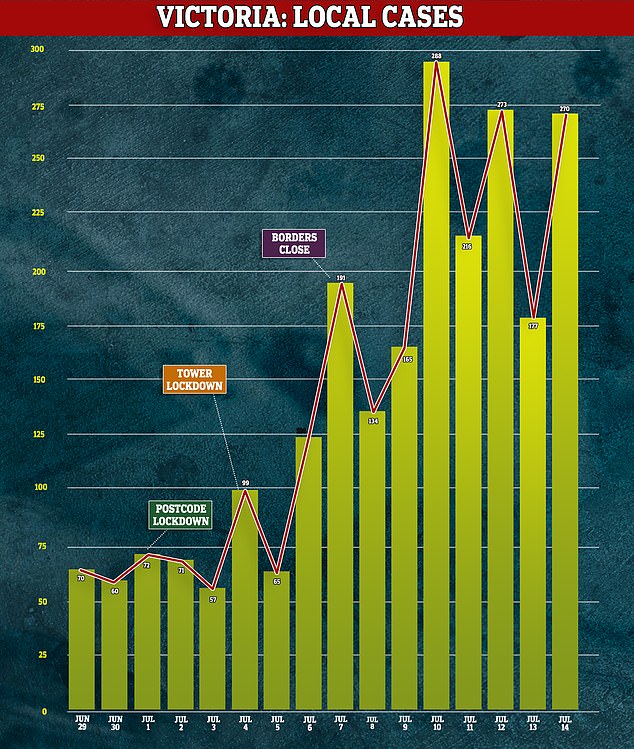 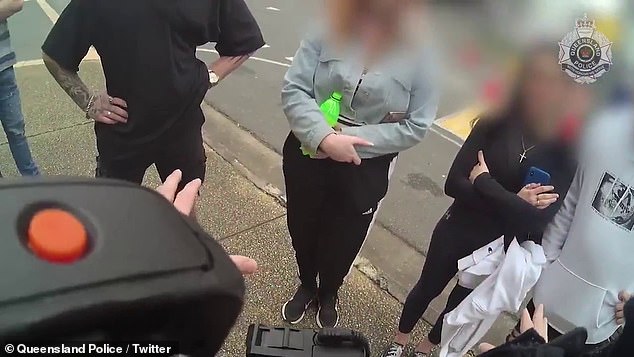 Two 19-year-old women and four men were fined $4,003 for failing to comply with the COVID-19 Border Direction when they tried to cross into Queensland on Monday

‘It is mainly indoor venues with a number of people that are more likely to transmit the disease, which is extremely contagious, as we all know.’

Queensland Premier Annastacia Palaszczuk announced on Tuesday morning that residents within the local government areas of Liverpool and Campbelltown would be banned from entering her state at midday on Tuesday.

The rule applies not only to residents of the LGAs but to anyone who has travelled through them in the past two weeks.

‘Travellers who have been in a COVID-19 hotspot within the past 14 days can’t quarantine in Queensland and will be turned away at our borders,’ she said.

‘Queenslanders who have been in a COVID-19 hotspot within the past 14 days are required to hotel quarantine at their own expense.’