Three Victorians who slipped into South Australia by claiming it was a ‘medical emergency’ are fined $9,000 after being found drinking at a pub

A Victorian trio have been fined $9,000 after slipping into South Australia for urgent medical treatment but instead being found at a pub.

They had received a police exemption to attend the Riverland General Hospital for Mr Griffith’s fractured ankle but never arrived.

The trio said they were tired from driving and stayed the night in an Adelaide hotel before the two men were allegedly spotted having a beer the following day.

On Monday the trio pleaded guilty to breaching COVID-19 restrictions and were each fined between $3,000 and $3,600.

The Adelaide Magistrates Court heard the trio ignored instructions to go to straight to the medical centre.

Around midday on Sunday Mr Griffiths and Mr Forster were spotted at the Mawsons Lake Hotel where they were then arrested, Nine News reported.

Ms Griffiths was found on a street nearby.

The maximum penalty they could have received was a $20,000 fine with South Australian Premier Steven Marshall saying that was warranted.

‘These people have broken the very strong direction we have in place, they’re now going to pay the consequences,’ he told reporters.

‘Quite frankly I wished they all had received a $20,000 fine. I think it would have sent a very strong message.’ 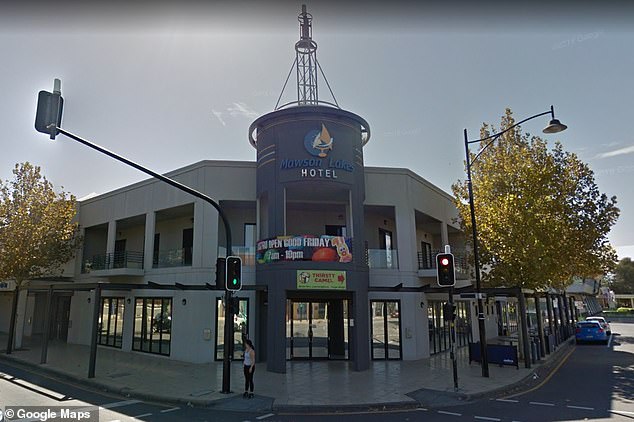 Authorities previously released CCTV of the group to try and track them down.

The vehicle was a blue 2004 Holden Rodeo with Victorian registration 1IB-4CT.

The trio were dropped back to Yamba on Monday night and had to make their own way home to Mildura.

They will also have to make arrangements to retrieve their car.

South Australia reintroduced its hard border closure with Victoria on July 9, meaning only SA residents or those with special exemptions are allowed into the state.

Several Victorians have been caught sneaking into the state since restrictions were enforced.

Four men were placed on year long good behaviour bonds after sneaking into SA on a freight train last week. 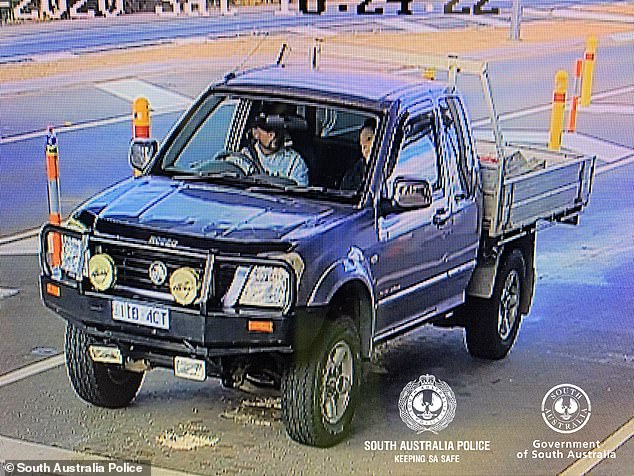