Health officials in Melbourne have called for the Australian Open to come up with a coherent strategy to cope with potentially poor air quality over the next fortnight.

As heavy late afternoon thunderstorms and torrential rain swept in to clear the heavy weather, Victoria’s Chief Health Officer stepped into the row over players being forced to go out in hazardous conditions during the qualifying event.

Adverse air readings gradually improved on Wednesday, although play was delayed by two hours in the morning to avoid the worst of the smoky haze. 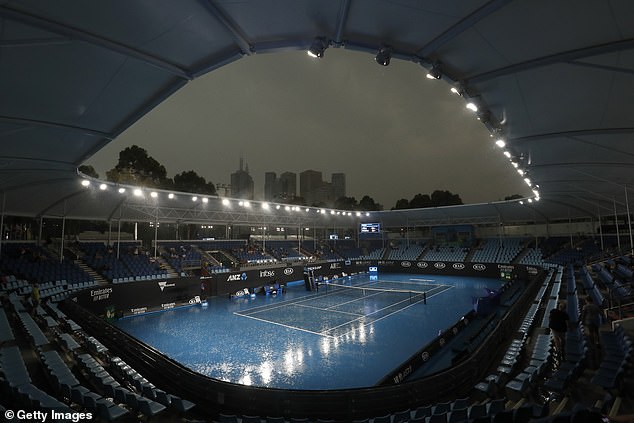 It remains to be seen whether the long-awaited cold change – welcomed for reasons far more profound than to do with any sports event – will spell the end of the problems that have beset the start of the tournament, with the main draw beginning on Monday.

Former Wimbledon finalist Kevin Anderson declined to play the current exhibition tournament being played nearby in Kooyong on Wednesday.

Some players have complained that there has not been enough transparency about the event’s calculations of what constitutes acceptable conditions.

‘Tennis Australia needs to work up an air quality policy,’ Sutton said. ‘I can’t make a call on what individual thresholds might be, it really does depend on what it might mean to enclose a space and what filtration systems they might have as alternatives. 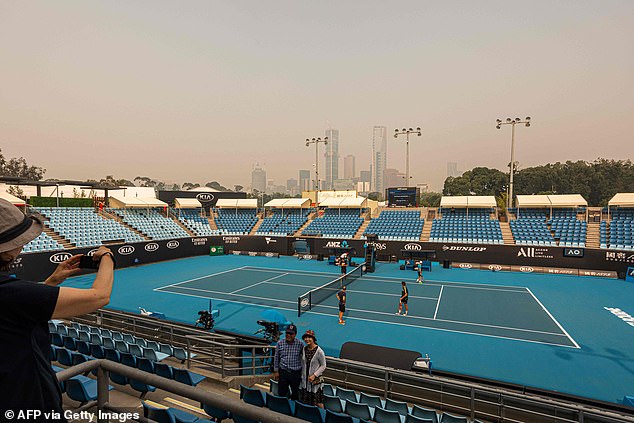 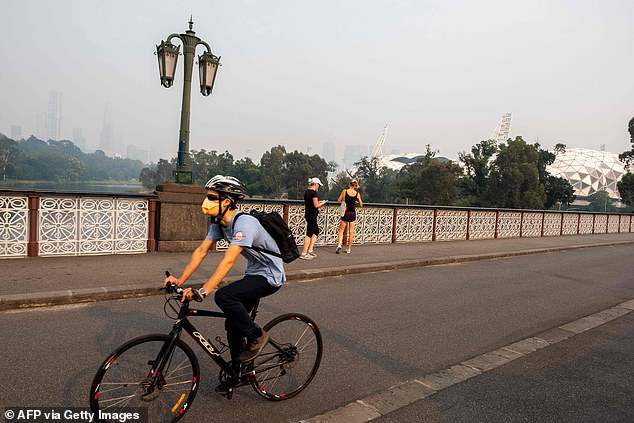 ‘But I think they need to consider through all those thresholds, from poor to hazardous air quality, what their alternatives might be with a view to protecting as many players as possible.’

Richard Ings, the former umpire who became head of the ATP Tour’s Rules and Competition department, made similar observations via Twitter.

‘In the player areas of the Australian Open are monitors with live heat stress scale readings,’ he said.

‘It should be even easier to produce a similar objective scale for air quality. It is shocking for Australia that this is needed but it most definitely is.’

Meanwhile Frenchman Nicolas Mahut, one of the world’s leading doubles players, poked fun at the situation, posting a picture on Instagram of himself wearing a face mask saying, ‘Ready for my first 1st round!’