Victoria’s outbreak grows with 1,571 cases and 13 deaths – as vaccination rates surge towards 70 per cent

Victoria has seen a slight rise in its Covid cases, giving hope to residents figures may have peaked.

The state recorded 1,571 cases and 13 deaths on Wednesday, making it Victoria’s deadliest day during the Delta outbreak.

The figure was slightly up from the 1,466 infections recorded on Tuesday.

Despite the high figure, residents have been given hope they may be released from their dreaded lockdown earlier than expected.

The Victorian government projects the state to hit that mark on October 26 – triggering new freedoms for Melburnians including the reopening of pubs, restaurants, and cafes.

More than 38,072 Victorians received a COVID vaccine on Tuesday.

The number of Victorians in hospital with COVID-19 continues to rise. Some 675 people are currently in care, with 144 in intensive care units and 100 on ventilators.

As of Tuesday, almost 60 per cent of Victorians aged over 16 were full vaccinated, while 86.7 per cent have received one COVID-19 vaccine dose.

Covid Live analyst Anthony Macali though said Victoria could achieve a 70 per cent double dose rate as soon as October 22.

‘There’s still room where if the rate continues to increase we might be able to pull in a few more days,’ he said.

Mr Macali said Victoria would likely then hit the 80 per cent double dose milestone three days earlier than the official timeline on November 2.

At that point, face masks will no longer be mandatory in Melbourne outdoors and up to 10 people can gather inside the home.

NSW meanwhile is likely to hit the 80 per cent full vaccination target just days after the state’s ‘Freedom Day’ – triggering even more freedoms for Sydneysiders emerging from lockdown.

Premier Dominic Perrottet has flagged more new freedoms for the state next week, saying dealing with the Covid-19 pandemic is ‘one, two and three’ on his to-do list.

‘That is the sole focus of the government,’ Mr Perrottet said.

‘We need to get through this as well as we can. We’re going to lead the nation out of this pandemic here in NSW, and there’s so many things to do in that space.’

NSW could reach the 80 per cent fully vaccinated milestone by Sunday, setting the stage for the next phase in the state’s reopening next week.

‘The success of our vaccination rate has been absolutely superb… when we hit 80 per cent, we’ve always said it will be the Monday following,’ Mr Perrottet said.

The government’s COVID-19 and economic recovery committee – formerly known as crisis cabinet – will discuss tweaking the reopening roadmap on Thursday.

As things currently stand, the next phase of the roadmap paves the way for outdoor gatherings of up to 50 vaccinated people, 20 guests in a home, dancing at hospitality venues and drinking standing up at the pub. 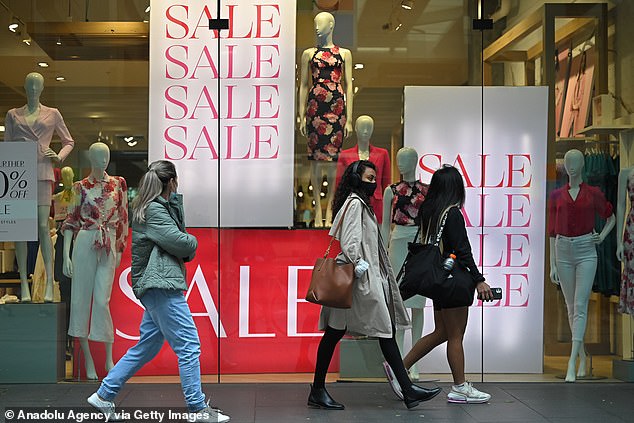 Travel across NSW would be allowed, as would carpooling, weddings of any size if the venue is large enough, and community sport.

NSW recorded 360 new infections and five deaths on Tuesday. Some 766 virus patients are in hospital, of whom 155 are in intensive care.

Late on Tuesday, NSW Health issued an alert for anyone who was on Qantas flight QF509 from Brisbane to Sydney on Saturday to get tested and isolate after a passenger tested positive for coronavirus.