Kelly Gale is no stranger to showing off her impressive physique on Instagram.

And the Victoria’s Secret model, 26, flaunted her famous assets on Monday as she stripped down to a skimpy patterned bikini at the beach.

While the view of the ocean was sensational, all eyes were on Kelly’s rock-hard abs.

Bikini babe! Victoria’s Secret model Kelly Gale has shared a beachside snap of herself in an itsy-bitsy bikini. Although the view of the sea was sensational, all eyes were truly on the 26-year-old’s rock-hard abs

The brunette later slipped into a plain black bikini while sunbathing on a lounger, and shared a video to Instagram Stories highlighting her body.

After uploading this footage, she shared a mirror selfie to offer her 1.5 million followers a better view of her statuesque frame.

Earlier this year, Kelly shut down rumours she underwent a breast enlargement. 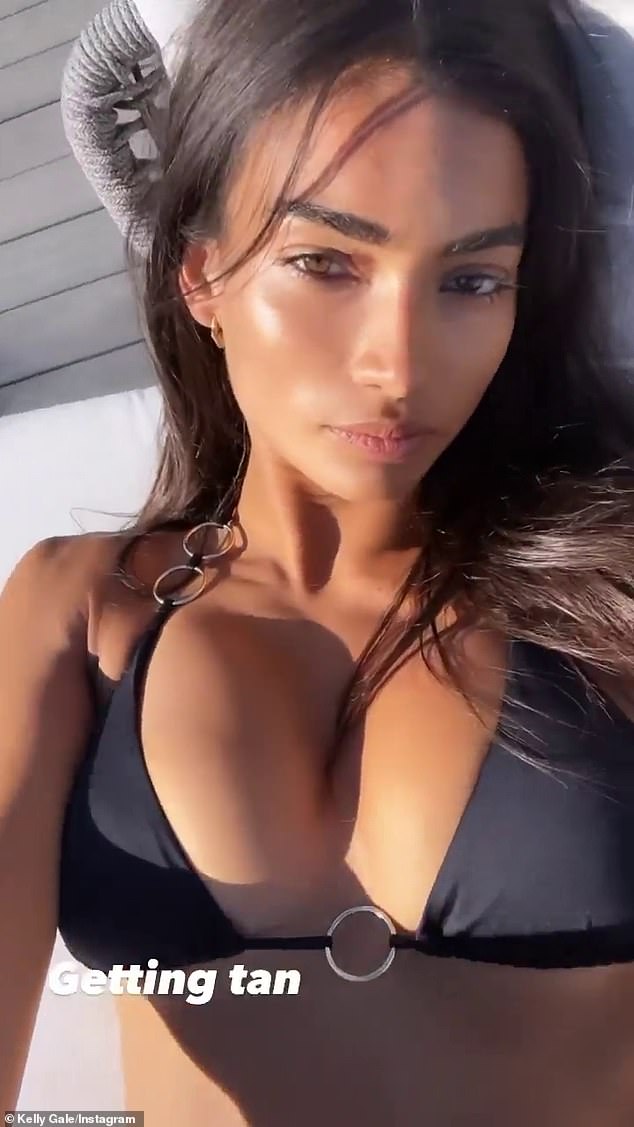 Tanned goddess: Posting her Instagram Stories, the brunette beauty also posed in a black bikini set, while she lay on a day bed and worked on her tan 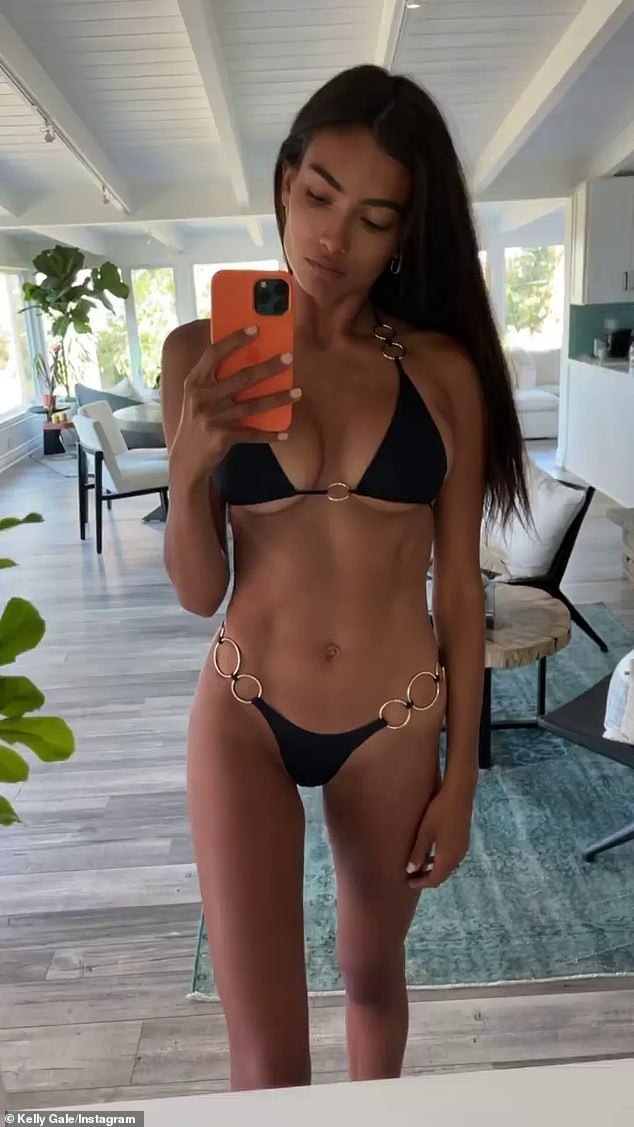 Full view: Following the footage, she went on to share a mirror selfie, ensuring her closer look at her body in full view

Kelly went on to reveal her bra size after a second followed guessed: ‘You’re a 34D’.

‘False. Not sure what my actual size is but I wear 32C cause that’s what I think looks good and feels good,’ she replied.

Kelly has consistently denied getting breast implants over the years, instead saying she’s just naturally gifted. 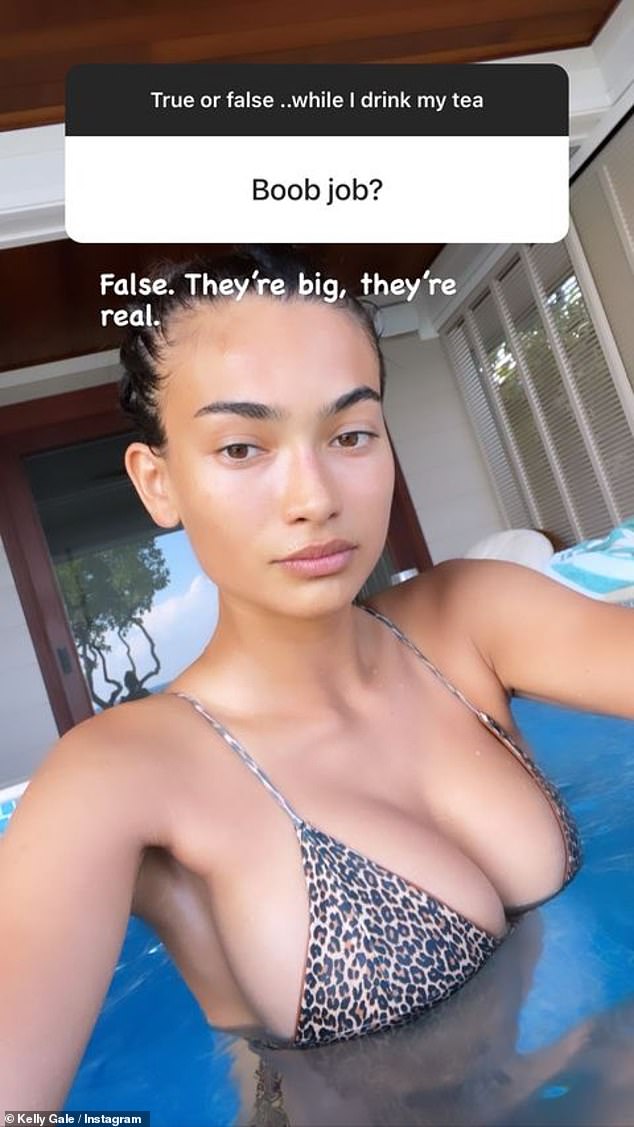 Truth: Kelly addressed surgery rumours in January this year, after speculation she had gone under the knife

She was also asked about it during another Instagram Q&A in October last year.

‘No [I haven’t had breast implant surgery]. The answer right now is no. In the future, that answer’s going to change I’m pretty sure,’ she said at the time.

Kelly made her international modelling debut on the Victoria’s Secret runway in 2013. 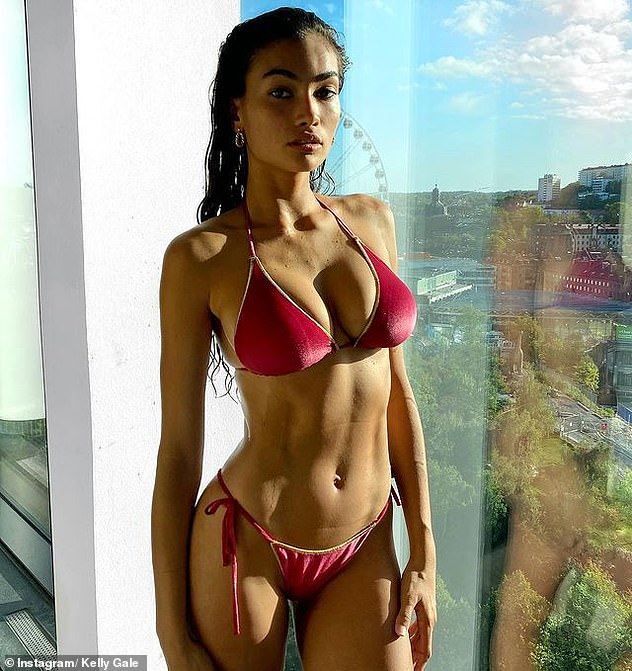 Response: ‘No [I haven’t had breast implant surgery]. The answer right now is no. In the future, that answer’s going to change I’m pretty sure,’ she said at the time