Victoria’s Secret will close 250 stores in the U.S. and Canada, parent company L Brands said on Wednesday, in the latest retail casualty of the coronavirus pandemic.

The closures will represent nearly a quarter of Victoria’s Secret’s 1,091 locations in North America, and L Brands will also permanently shut down 50 Bath & Body Works in the U.S. and Canada.

It comes as the pandemic and government shutdowns have battered retailers, with J.C. Penney, Neiman Marcus and J. Crew all filing for bankruptcy protection. Macy’s warned on Thursday that its losses could exceed $1 billion this quarter.

Sales at Victoria’s Secret, the lingerie chain that L Brands is planning to run as a separate business after failing to sell a majority stake, nearly halved to $821.5 million in the first quarter ended May 2.

Models are seen at the Victoria’s Secret fashion show in 2018. The brand has struggled in recent years, and coronavirus shutdowns have been devastating for sales 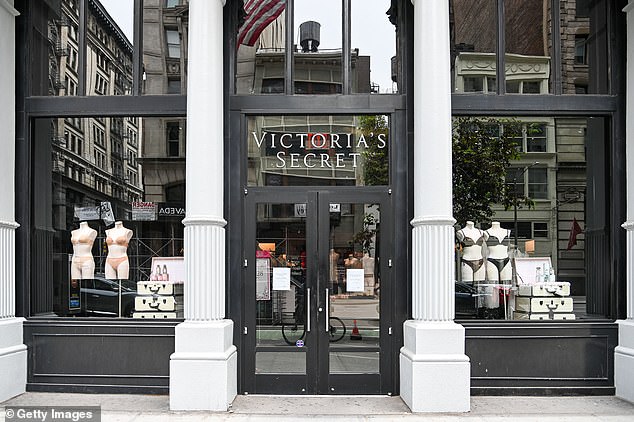 Victoria’s Secret is seen closed during the COVID-19 pandemic on Tuesday in New York City. The chain will permanently close 250 stores in North America

Meanwhile, sales in the Bath and Body Works personal-care products unit declined 18 percent to $712.7 million, the first drop in 10 quarters.

Victoria’s Secret and Bath & Body Works stores have remained shut since March 17, even in states where lockdown restrictions on retailers have eased.

L Brands said Wednesday that it has been testing two reopening models in Ohio, one limiting the number of customers allowed in the store at one time, and another allowing customers to order products for pickup in store.

The company said it had a total of 23 stores open in Ohio as of the end of the quarter.

L Brands did not provide second-quarter or full-year 2020 earnings forecasts, citing a high level of uncertainty.

The company also said Chief Operating Officer Charles McGuigan would leave the role he has held since May 2012 and would no longer serve as the head of sourcing and production, effective July 4. 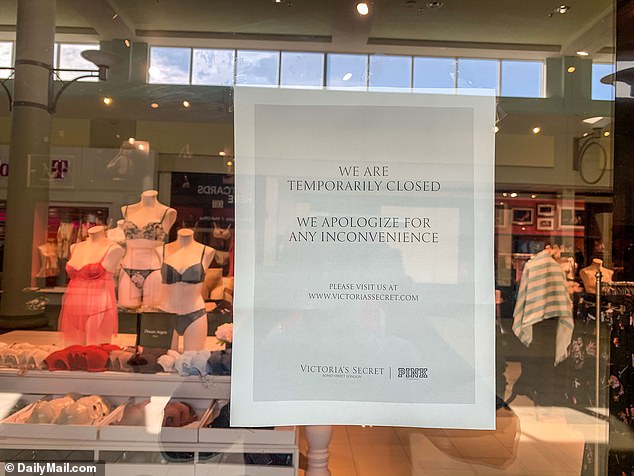 The Treasure Coast Mall in Jensen Beach, Florida reopened, but the Victoria’s Secret and most other major retailers are still not open for business 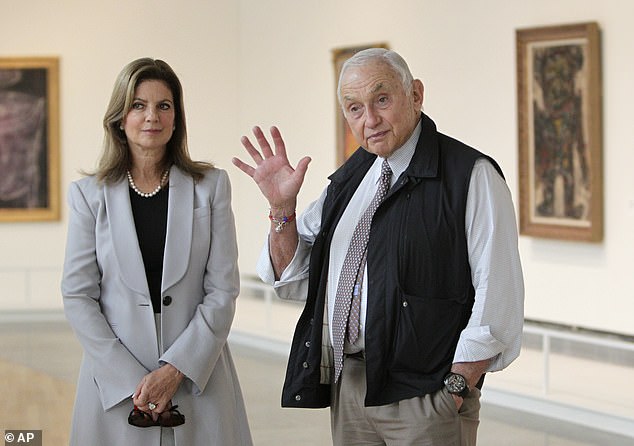 Leslie Wexner (above with his wife), who bought Victoria’s Secret in 1982, stepped down as CEO of L Brands last week, as had been previously announced

In line with earlier announcements, Leslie Wexner, who bought Victoria’s Secret in 1982, stepped down as CEO of L Brands last week, with Bath & Body Works CEO Andrew Meslow replacing him.

Excluding items, L Brands posted a loss of 99 cents per share, while analysts on average had expected a 72 cents loss, according to IBES data from Refinitiv.

Last month, Sycamore Partners sued to get out of the $525 million deal, citing the coronavirus pandemic, which forced the chain to close its stores and lose sales.

Earlier this month, L Brands said the lawsuit with Sycamore Partners was settled and announced plans to spin Victoria’s Secret off as a separately traded company. 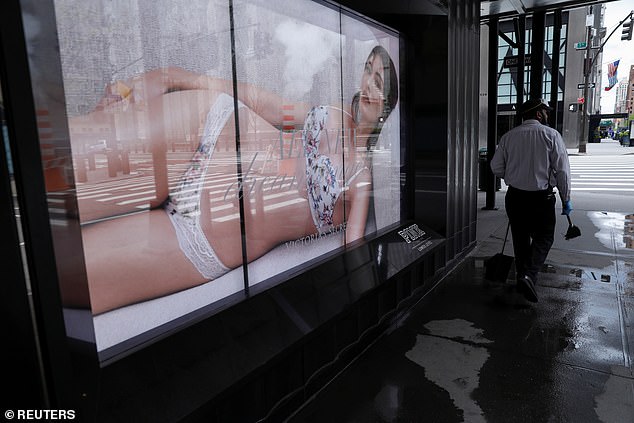 A worker walks past a closed Victoria’s Secret store on 5th Avenue, during the outbreak of the coronavirus in Manhattan on May 11 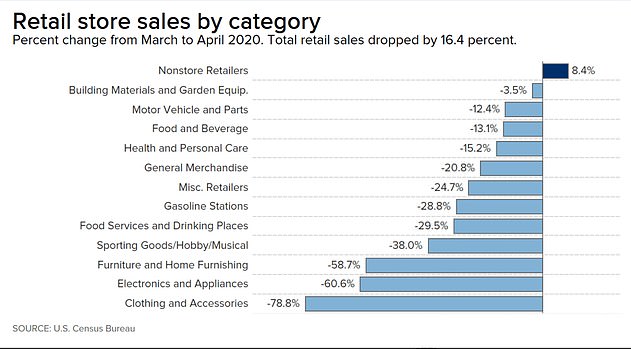 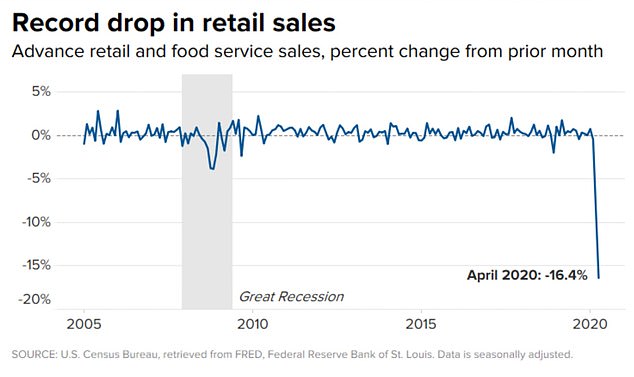 Retail sales plunged a record 16.4% in April amid the coronavirus pandemic

U.S. retail sales tumbled by a record 16.4 percent from March to April as business shutdowns caused by the coronavirus kept shoppers away, threatened the viability of stores across the country and further weighed down a sinking economy.

Office Depot unveiled a restructuring plan that includes 13,100 job cuts, closing stores and consolidating distribution centers. The chain, which operates about 1,400 stores, said the restructuring will be complete by the end of 2023.

Nike acknowledged that despite an aggressive shift to online sales, stores shuttered by the pandemic will have a material impact on wholesale operations in the final three months of the year.