IAN LADYMAN: Gareth Southgate has got most of the big calls right at Euro 2020… Victory over Germany was a game-changer as the England manager takes another big step on the path to IMMORTALITY

Football managers tread narrow paths at the best of times and never more so than in summer tournaments.

Roberto Mancini is still walking his, but only just after VAR saved him against Austria.

Frank de Boer and Didier Deschamps have been less fortunate, coming out on the wrong side of a red card and a missed penalty in their last-16 ties. De Boer — of Holland — has already left his post following defeat by the Czech Republic four days ago. So, yes, this is how it works in the knockout stages. Games, results, reputations and livelihoods can turn on a single moment.

In England we talk about how well Gareth Southgate’s team did to break our penalty shootout curse in the last World Cup against Colombia. What we don’t mention is Colombia’s Mateus Uribe had a kick to put England on the cusp of elimination — and hit the bar.

Here, in what is threatening to become the glorious summer of 2021, Southgate walks on once more and undoubtedly there were moments against Germany that went his way. It will take Thomas Muller some time to work out how he shot wide when clean through on goal with the score 1-0 to England.

Still, Southgate’s men are where they deserve to be. Each of their four results so far have reflected play and Southgate is now a coach who has the opportunity he deserves.

This has been a challenging summer for the 50-year-old. Strange as it sounds, it feels already as if he has achieved as much as he did in reaching the last four of the 2018 World Cup. That was a tournament played free from pressure and expectation, while this has been the opposite.

Most prominent this week was his tactical set-up against Germany. His previous use of a three-man defence had not been popular and, had it gone wrong on Tuesday, he knew what to expect.

But managers are not paid to make popular decisions and his system worked — as indeed did his choice to persevere with Harry Kane. 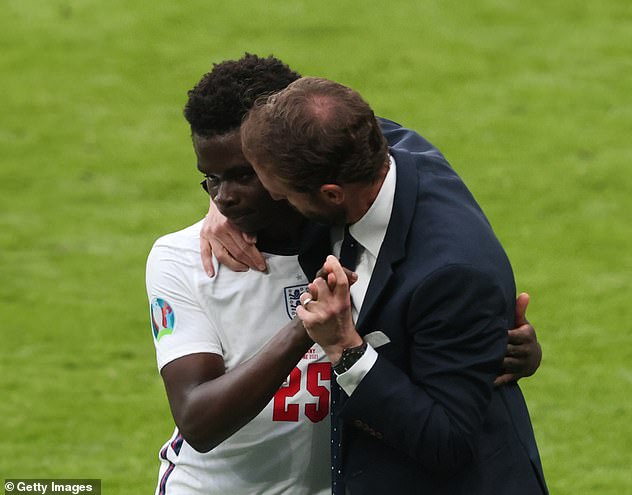 We wondered how long Southgate would persist with a player so palpably out of form, but four minutes from time, there was Kane celebrating the decisive second goal and it will be a surprise if the England captain does not kick on from this point.

Southgate could have dropped Kane. There was enough evidence on which to base that decision. But coaches see beyond what happens in the 90 minutes of a game. They see training performances and body language, and one senses the loyalty Southgate has shown his star goalscorer at Euro 2020 has not been blind.

There has been courage, too. Courage to resist the nation’s call to play Jack Grealish in all 11 positions at once. Courage to leave Phil Foden unused on Tuesday. And, most of all, courage to trust Bukayo Saka with starts in the two most important matches so far.

To many — and this correspondent may be among them — Saka, at just 19, appeared to have been included in Southgate’s 26-man squad largely for the experience. Maybe the odd 10 minutes as a game-chasing substitute.

But Southgate trusted the Arsenal teenager’s direct pace and courage with the ball to give his team the forward thrust they lacked against Croatia and Scotland. Again the England manager knew he would be criticised if Saka’s promotion fell flat. He had far more experienced alternatives, such as Marcus Rashford and Jadon Sancho. 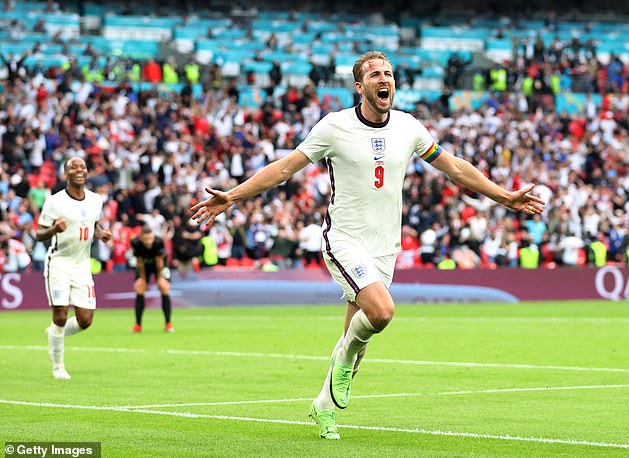 This, though, is how tournaments are won and lost. Get most of your big calls right and you have a chance. Southgate heads to Rome on Friday knowing that his card may yet be almost unblemished in that regard.

He is too modest to acknowledge it, but Southgate has shown himself to be shrewd in the past. We knew already of his intelligence, political acumen and ability to mould a group of players.

At Euro 2020, he has grown beyond that. His skillset is wider and deeper than we thought. Many of the pre-tournament question marks have withered.

Southgate keeps saying this summer is not about him, but he may yet be proved wrong on that.

Victory over Germany was the game-changer, the result that elevated his team from one that hitherto felt a little ordinary and functional to one that can prove itself to be so much more.

Another win over Ukraine on Saturday and the path between Southgate and immortality would begin to feel that little bit clearer.