‘I want to win everything’: Arturo Vidal targeting a clean sweep at Barcelona and claims Bayern Munich would have won two Champions Leagues with VAR

Arturo Vidal has his eyes set on winning everything with Barcelona after his shock move to the Nou Camp this summer in a £27million move from Bayern Munich.

The Chilean spent three years at Bayern Munich winning three Bundesliga titles and one German cup, but failed to win a Champions League – which he felt his side would have, if VAR had been used.

He is now hoping to finally claim victory in Europe’s elite competition after falling short with Bayern and previously with Juventus.

Arturo Vidal admitted he wants to ‘win everything’ after £27m move to Barcelona. 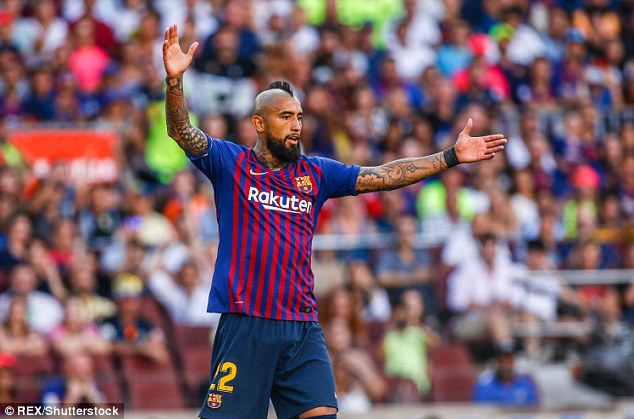 Speaking to Mundo Deportivo, Vidal revealed: ‘I want to win everything with Barcelona.’

Having claimed league and cup trophies in Chile, Italy and Germany, he is now looking to add the Spanish editions to his collection.

He has already won the Spanish Super Cup with Barcelona in his first competitive match with them and now the 31-year-old wants more.

He is also determined to win on the European stage, something he is yet to do. He admitted: ‘My favourite title is the Champions League.’ 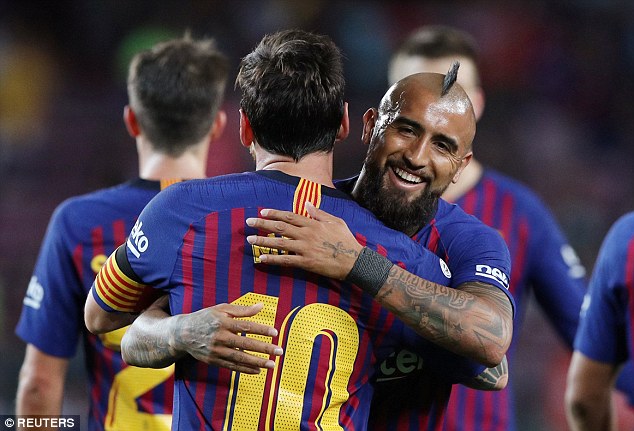 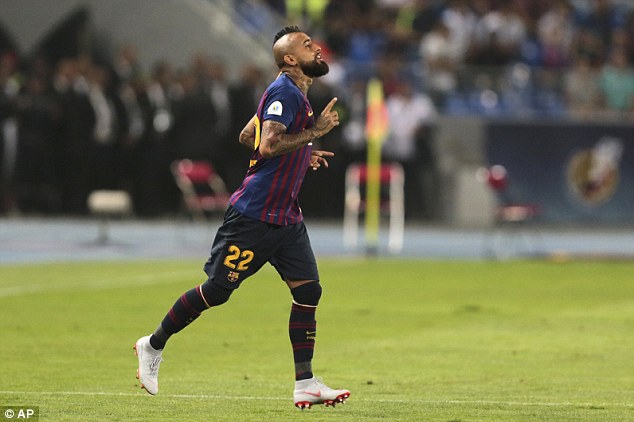 But he feels he should have won it twice before already, after poor refereeing decisions went against his side as they crashed out of the competition.

‘With the VAR, Bayern Munich would have won two more Champions League.’

The first incident Vidal is referring to is the 2016-17 Champions League quarter-finals against Real Madrid, where he was sent off in extra-time for a foul on Marco Asensio, although replays revealed he got the ball. Bayern went on to lose 4-2.

A year later Vidal was livid once again after Marcelo was awarded a penalty in the semi-finals controversially, and Bayern again crashed out to Madrid.