This is the moment a woman told a mixed race tram passenger black people are incapable of running a country.

The footage was captured by the victim of the racist rant, who also says the woman called her a ‘black b******* during the tirade on the Manchester Metrolink.

Tayah Aubrey Grant says she jumped out of her seat and started filming the woman who reportedly hurled the racist insult at her only for her abuser to ask: ‘Do you know anyone that’s black and runs a country? I don’t think so mate.’

‘I was on the Met minding my own business, I look behind me and then get told to look forward by this random lady,’ she told the Manchester Evening News.

‘I questioned what was the need to bring my colour into the argument, and she continued to be rude and racist towards me.’

After she pointed out that she was mixed race and therefore saw herself as both black and white, the woman appears to grow more agitated and continues to abuse her.

Another woman can be heard responding to the outburst by saying ‘that’s disgusting’ as it unfolds in front of other horrified passengers and a man restrains the ranting woman. 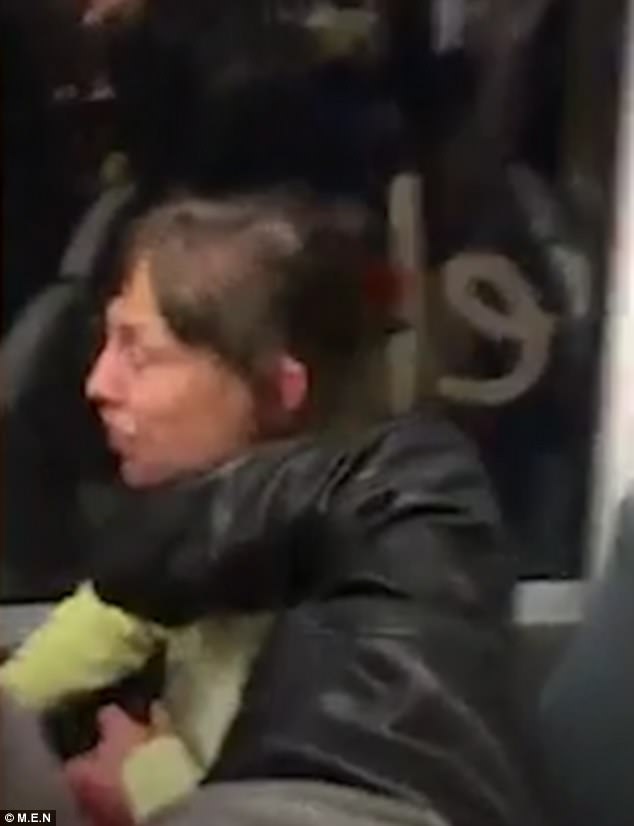 She said she was left angry and upset by the rant and the video has been handed to police. 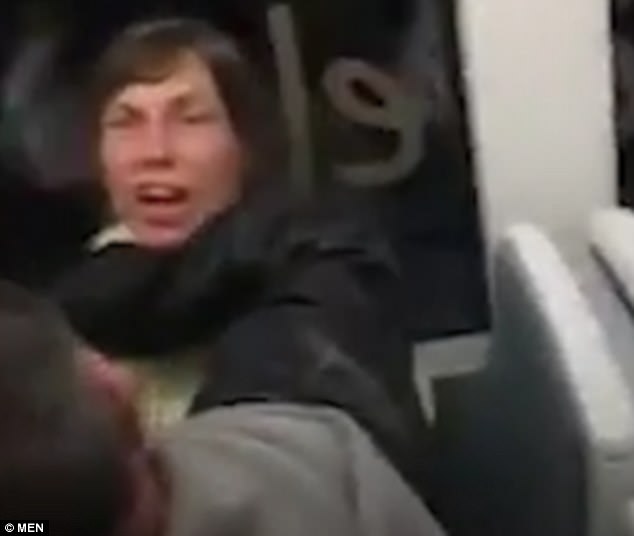 The video, captured by Ms Aubrey Brown, shows the woman being restrained by another passenger as she rants

‘I got emotional and justified my colour. I am black and I am white. I’m not just black and clearly I’m not full white either,’ she said.

‘If you mix colours together they make a new colour. It’s not bad or evil it’s different and it’s beautiful.’ 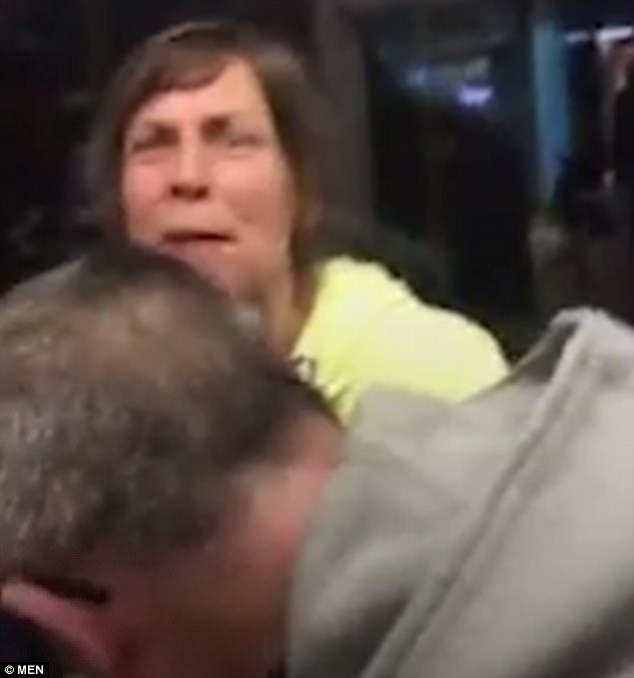 A Greater Manchester Police spokesman confirmed a ‘hate incident’ was being investigated.

‘A woman boarded the Metrolink at Whitefield and between there and Piccadilly Gardens she became involved in a dispute with a woman who then began shouting racist language at her,’ he said.

‘It was reported as a hate incident, and will be investigated as one.’