VIDEO: Chinese delivery driver is flattened by a lump of ice

Knocked out cold: Moment delivery man is flattened by a chunk of ice falling off a building in China

This is the moment an unfortunate courier was knocked out by ice falling from an eight-storey building in northeastern China.

The delivery man was walking on the pavement after taking a package from a client when a pile of snow hit him on the head and apparently knocked him unconscious.

The incident happened in Jixi City in Heilongjiang province on December 10.

The courier, pictured, is walking along the pavement beside an eight storey building in Jixi City in Heilongjiang province on December 10 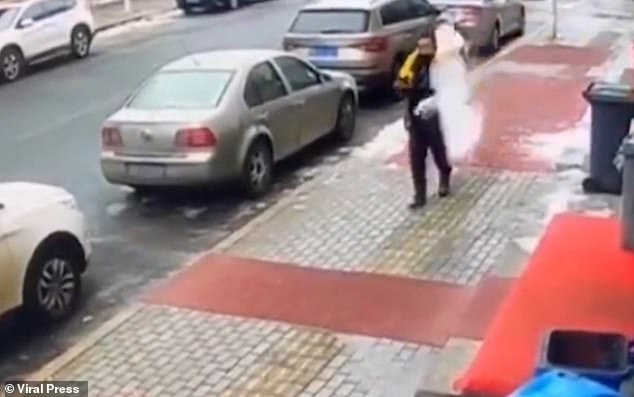 The block of ice struck the man on his left shoulder, narrowly avoiding his head – which might have saved him from serious or possible mortal injury 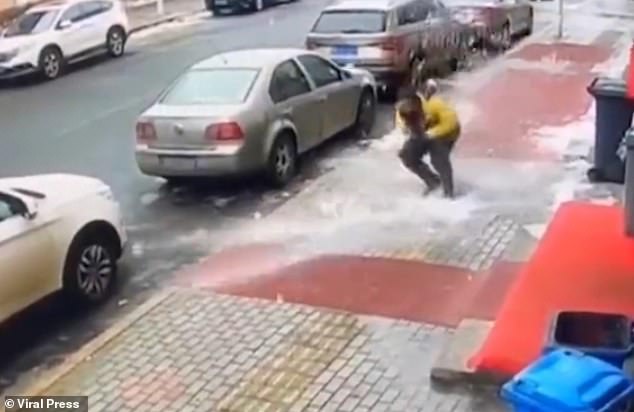 Merchants and passing locals rushed to his aid and, fearing more ice might fall from the building, moved the injured man to a safer area.

They called property management and police to take the courier to the hospital.

The man is believed to have suffered a spinal fracture which is not considered life threatening.

Officials said the man has been fitted with a neck brace and received an anti-inflammatory injection as well as some topical medicine which is rubbed into the affected area.

The property management company had previously cleared some snow and ice from the area twice but further rainfall and cold weather saw the deluge freeze over.

As the man walked past the building, a large lump of ice slipped off the roof without warning and struck the courier, knocking him to the ground. 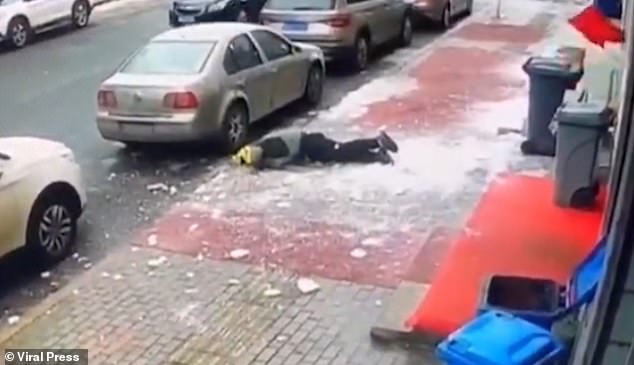 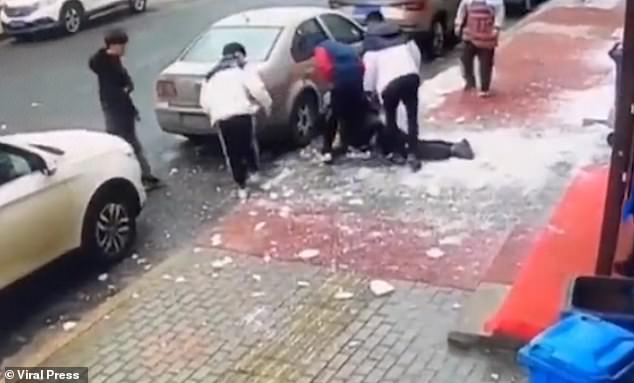 This is less than a month after a woman was almost killed by an avalanche of snow which fell from a building during a cold snap in northern China.

Footage shows the woman gingerly walking up the steps to her home in Langfang, Hebei province, on November 7 after retrieving a package.

She was about to open the door when a huge slab of snow slid down from the roof and almost crushed her.