If you can’t beat them… join them? Video emerges of USA striker Ricardo Pepi jokingly pole dancing in a HOLLAND jersey after they knocked USA out the World Cup – with the striker left out Gregg Berhalter’s squad for Qatar

Ricardo Pepi appeared to be the victim of losing a bet over the weekend after the USA were defeated 3-1 by Holland at the World Cup.

The 19-year-old Pepi was a surprise omission from the USA roster for the tournament by coach Gregg Berhalter and plays his club soccer in Holland with Groningen.

It appears Pepi might have had a bet over who would win the World Cup knockout game and as the loser, he had a forfeit. 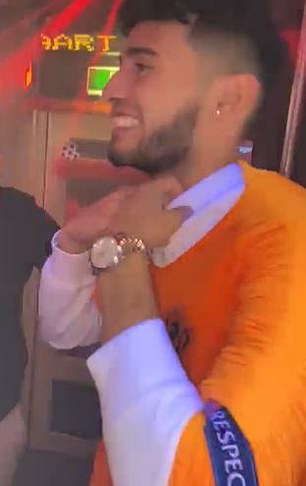 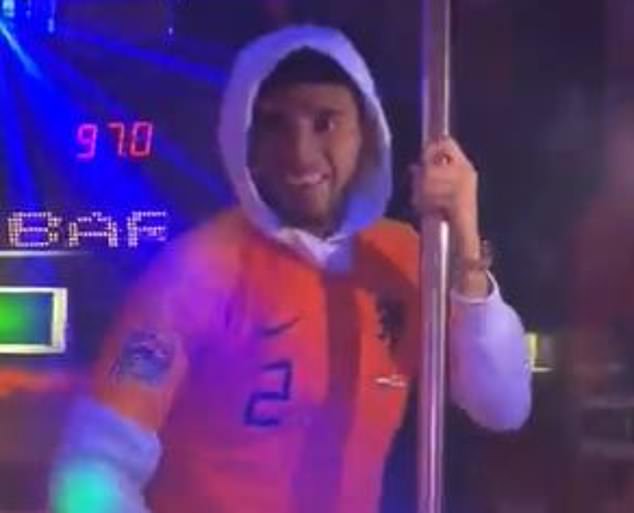 Footage that has surfaced across social media shows the striker putting on a Holland shirt while people can be heard cheering in the background and shouting ‘Pepi!’.

After getting the Holland shirt on Pepi, who appears to be in a club, climbs up to a stage and pole dances with his Holland shirt on, much to the amusement of the people filming him.

There were a number of replies to the video on social media saying that Pepi had lost a bet and had to wear the shirt.

Groningen don’t play now until January 8 due to the World Cup-enforced break in the European soccer calendar.

For Pepi, he has had good form for his club team even though he was left out of the World Cup.

Pepi has scored six goals in nine games for Groningen after joining the Dutch team on a loan from German side Augsburg.

It meant it was a surprise that he didn’t make the US team, especially given how Berhalter’s team lack a good striker option. 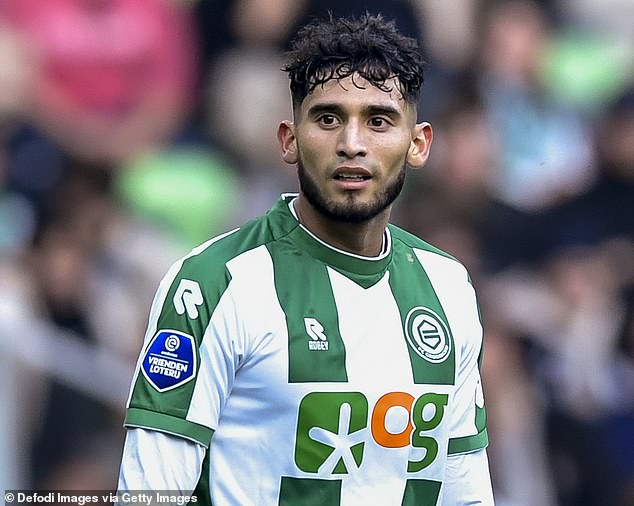 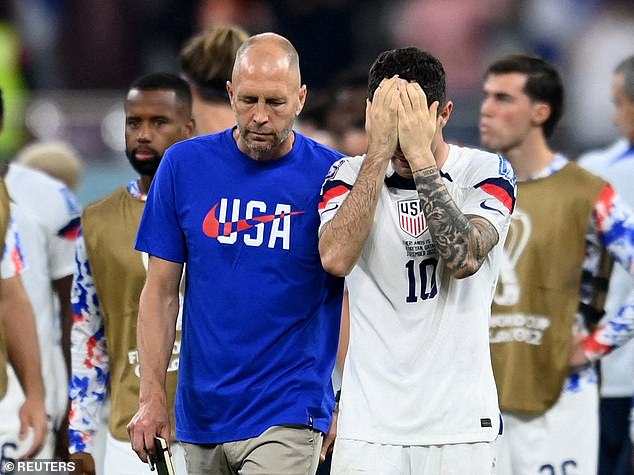 ‘Disappointing because I felt like I gave myself the best opportunities to be in the World Cup roster,’ Pepi said in November after the team came out.

‘I felt like I had a chance, but also not disappointing at the same time because, like I said, I did my thing, I went out there, I played many minutes, I scored my goals. I’m really happy with that situation.

‘At the end of the day, it’s a coach’s decision that I can’t control. I feel like once he told me, I wanted to flip the page as soon as possible and just focus on the game now. I can’t keep thinking about why I didn’t make it or why I did.’

Pepi has 12 caps for the USA, scoring three goals.