Airbus has successfully performed a fully automatic take-off using one of its A350 aircraft fitted with technology that enabled it to ‘see’ the runway.

Fascinating cockpit video footage shows the test plane taking off from Toulouse-Blagnac Airport without any need for pilot intervention – though one struggles to resist the urge to pull on the side-stick.

According to the plane manufacturer the test took place last month, with the crew conducting a total of eight automatic take-offs over a four-and-a-half-hour period. 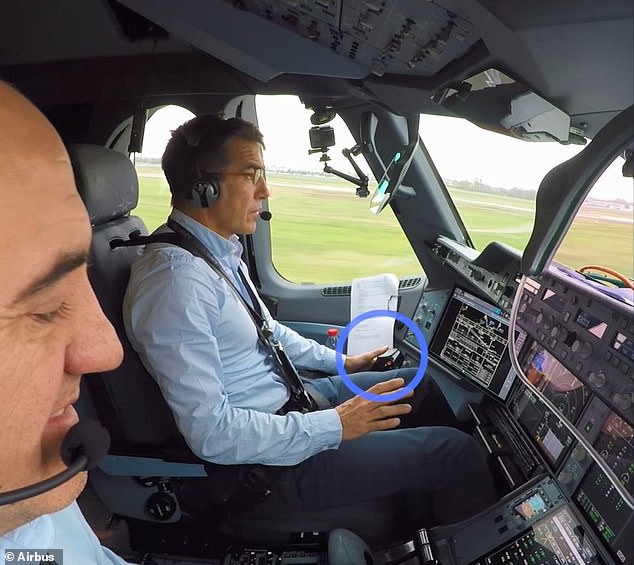 At the point of take-off, the test pilot in the captain’s seat instinctively moves to pull back on the side-stick, the action needed for a manual take-off. But his colleague reminded him that he doesn’t need to move anything

Rather than relying on an Instrument Landing System (ILS), the existing ground equipment technology currently used by in-service passenger aircraft in airports around the world, Airbus says the A350 used image recognition technology to take to the skies.

Video footage released by Airbus shows one of the two test pilots, at the start of the runway, moving the throttle levers into the take-off setting.

The video briefly splits into four frames showing the pilots, the plane moving down the runway from a distance, what the plane ‘sees’ – captioned as ‘runway centre line detection’ – and CGI of the runway that’s being analysed, captioned as ‘algorithm data’.

At the point of take-off, the test pilot in the captain’s seat instinctively moves to pull back on the side-stick, the action needed for a manual take-off.

But his colleague places his hand on his arm to remind him he doesn’t need to move anything. Seconds later, the nose of the plane lifts and it becomes airborne.

Captain Yann Beaufils, one of the Airbus test pilots, said: ‘The aircraft performed as expected during these milestone tests.

‘While completing alignment on the runway, waiting for clearance from air traffic control, we engaged the auto-pilot. 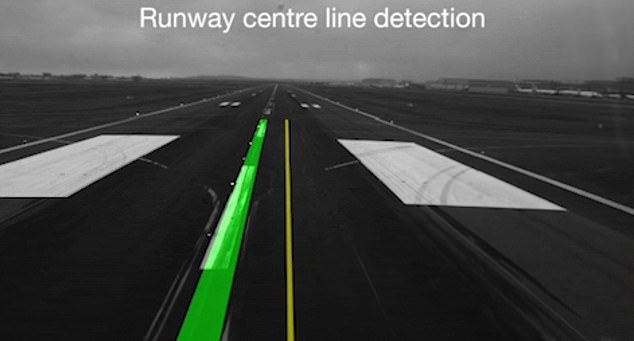 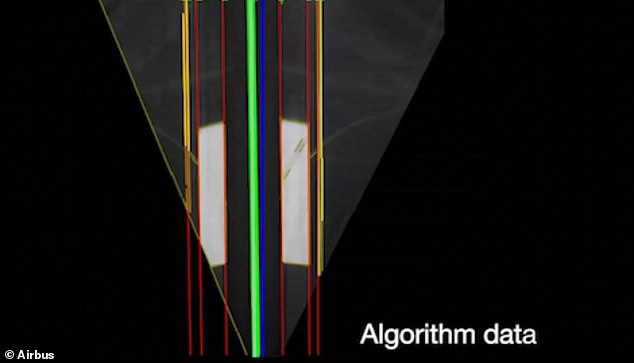 The plane continuously analysed the runway as it rumbled down it 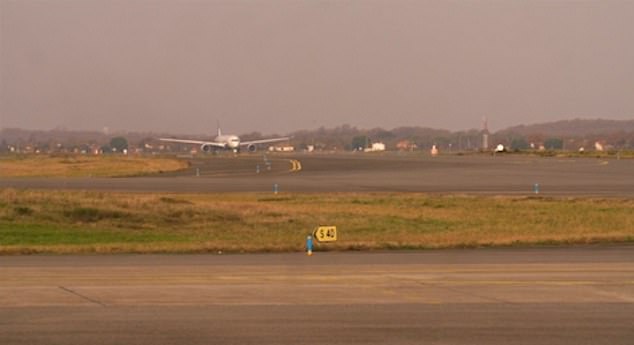 Airbus says automatic take-off is an important milestone in its Autonomous Taxi, Take-Off & Landing (ATTOL) project. The test plane is pictured here seconds before taking to the air

‘We moved the throttle levers to the take-off setting and we monitored the aircraft. It started to move and accelerate automatically maintaining the runway centre line, at the exact rotation speed as entered in the system.

‘The nose of the aircraft began to lift automatically to take the expected take-off pitch value and a few seconds later we were airborne.’

Launched in June 2018, ATTOL is one of the technological flight demonstrators being tested by Airbus to understand the impact of autonomy on aircraft. 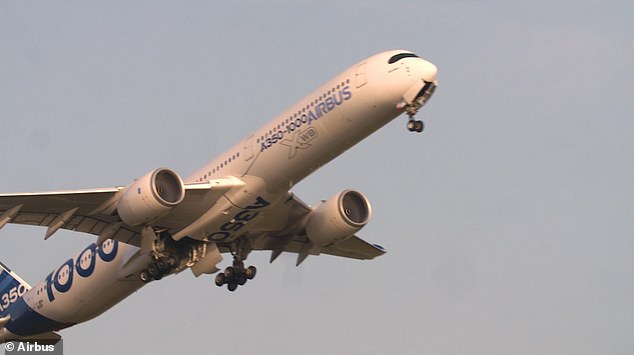 The next steps in the project will see, by mid-2020, automatic vision-based taxi and landing sequences taking place.

Airbus says its mission is not to move ahead with autonomy as a target in itself, but instead to ‘explore autonomous technologies alongside other innovations in areas such as materials, electrification and connectivity’.

By doing so, Airbus says it can analyse the potential of these technologies in addressing the critical industrial challenges of tomorrow, including improving air traffic management, addressing pilot shortages and enhancing future operations.

At the same time, Airbus added, it is leveraging these opportunities to further improve aircraft safety while ensuring ‘today’s unprecedented levels are maintained’.

Airbus explained: ‘For autonomous technologies to improve flight operations and overall aircraft performance, pilots will remain at the heart of operations.

‘Autonomous technologies are paramount to supporting pilots, enabling them to focus less on aircraft operation and more on strategic decision-making and mission management.’

There are no crewed commercial aircraft that take off automatically, but the U.S military operates drones that have this capability.