The new warning icon — a hand holding a credit card — will appear on game boxes alongside existing warnings for other dangerous content, including references to sex and drugs, violence, bad language, gambling and discrimination.

The new warning has been created by the Pan European Game Information (Pegi) organisation, which provides game ratings for most of Europe, including the UK.

It will appear on video game boxes later this year, ready for Christmas, Pegi says.

Digital goodies on offer include special costumes, dance moves and accessories for your in-game characters, some of which cost as much as £100 ($130).

Children addicted to survival shooter sensation Fortnite, which is free to download and play, have previously racked up bills into the hundreds on upgrades.

Last year, an 11-year-old British boy hit headlines after spending £6,000 in just two weeks on in-app purchases on his iPad. 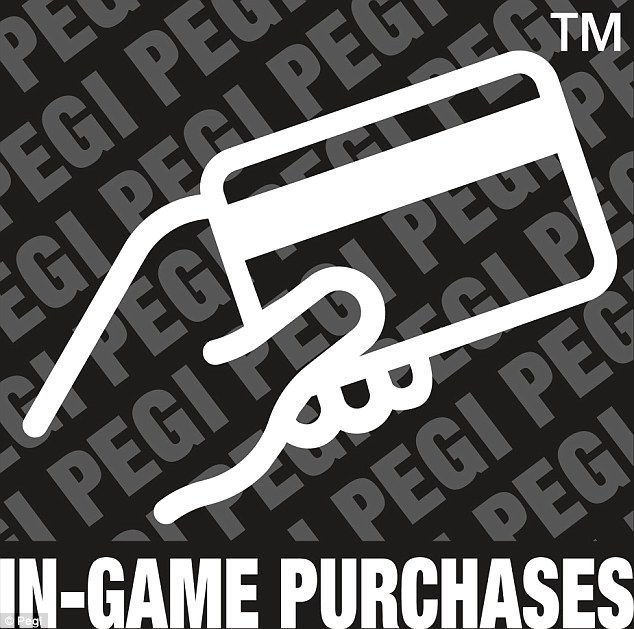 A new icon is set to appear on video game boxes to warn parents and players of in-game purchases (pictured). Popular games like Fortnite feature digital items that can be bought with real money, some of which cost nearly £100 ($130)

‘Pegi will now make this information available at the point of purchase, so that a parent can decide whether and how they want to monitor or limit a child’s spending.

‘Entering into a dialogue with the child about the games they enjoy is a must for all parents. It will provide them with the necessary context to create a gaming environment both the children and the parents are comfortable with.’

The icon is set to be introduced by Christmas, one of the busiest times of the year for the video game industry, during which instalments in a slew of major video game franchises are typically released.

An Ipsos Mori survey in May revealed that 40 per cent of parents whose children played video games allowed them to make in-game purchases.

Parents largely policed this behaviour with spending limits and supervision, but that has not stopped children occasionally racking up huge bills. 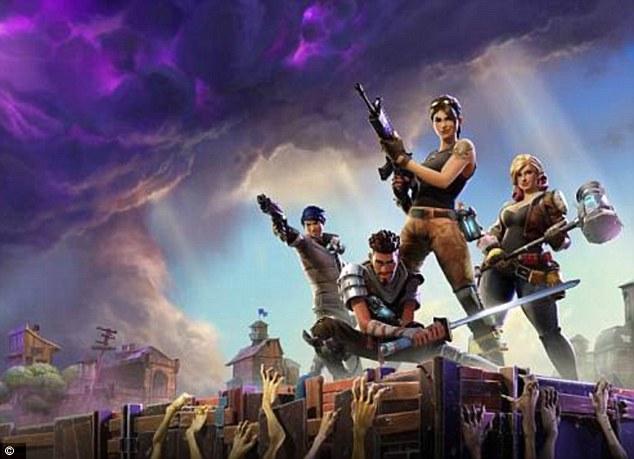 Many popular games, including multiplayer shooter Fortnite (pictured above), offer players the chance to buy in-game items, including outfits and weapons for characters, with real money

Parents across the world have bemoaned their Fortnite-obsessed children’s spending habits since the game launched in September 2017.

One mother, Julie, told MoneySavingExpert in April her son spent £150 ($205) on Fortnite without her permission.

She said: ‘He thought as his name was the user name on the game the money was coming out of his account. Sadly this was not the case.’

Another concerned mum, Jo, said her eight-year-old son had racked up an £80 ($109) bill on their Microsoft Xbox One.

A schoolboy unwittingly racked up a bill of more than £6,000 playing online games over two weekends when he accessed the family’s iTunes accounts in April.

Alfie Dobson’s father Roy had linked his son’s account to his credit card which meant he could spend up to £99 a time to get in-app purchases.

Across two weekends of playing games, the 11-year-old kept purchasing credits to continue, not realising he was spending real money.

By the second weekend, his parents were stunned to see the £6,000 bill on their credit card.

Roy and his wife Jill, from Chorley, Lancashire, took their case to technology giant Apple, who agreed to refund them.

Father-of-two Mr Dobson warned other parents how easy it is to run up huge bills as the charges ‘racked up and racked up’.

He explained: ‘The first time he spent £700 in less than five minutes, then £1,100 in half an hour and it just racked up and racked up, all on the same game.’

She said: ‘You know what it’s like – we bought the game for my son and he was super-excited and we set it all up as quick as we could.

‘When we put payment details in we didn’t think it could be used in-game… but he spent £79.99. He’s had a ban and lost some pocket money to pay it back.’

Earlier this year, a concerned parent on Mumsnet complained that their son had ‘accidentally spent £80 [$108] on Fortnite’.

The anonymous user wrote: ‘He was literally scrolling through, and press the A button instead of B. It was done by that one press of a button.