This is the shocking moment a group of men were involved in a major brawl in the departures area of Dublin Airport.

Shocked passengers in the terminal looked on in horror as one man stamped on another’s face in pictures taken last night and shared online.

Several bystanders dragged the man away after the victim was unable to defend himself on the floor. 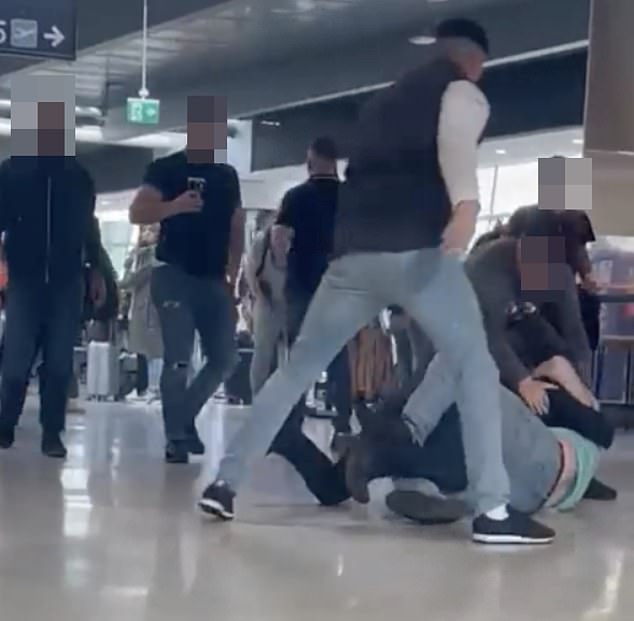 At one stage a third man becomes involved who knocks one of the original brawlers to the ground.

Gardai confirmed they have made an arrest.

A Garda spokesperson told the Irish Independent: ‘Gardaí, with the assistance of the DAA Airport Police responded to a public order incident at Dublin Airport earlier this evening,  May 24, 2022.

‘One man has since been taken to Beaumont Hospital where he is receiving treatment.

‘One man (20s) was arrested and is currently detained at Swords Garda station.

‘No further information available at this time. Investigations ongoing.’

Dublin Airport Authority said: ‘As this incident is subject to a police investigation, we are unable to comment further at this time.’