A video of a Baltimore cop getting attacked by a mob as he arrested a man who spat in his face has sparked controversy among officials in the city plagued by violent crime.

The video posted on Twitter shows a police sergeant wrestling with the suspect on the ground Friday night.

A man approaches and tries to pull the suspect out from under the officer while two other men kick him in the legs and back as several bystanders watch.

Authorities arrested one person and are working to identify the onlookers who attacked the sergeant, according to Police Commissioner Michael Harrison.

‘I am outraged, as any resident of Baltimore should be, by this incident,’ Harrison said in a statement Saturday.

‘We cannot, and will not, allow any member of the public, or one of our officers, to be assaulted. We are now working to identify everybody involved and, when we do, they will be prosecuted to the fullest extent of the law.’

Mayor Bernard C ‘Jack’ Young joined Harrison in condemning the crowd’s behavior and praising the work of the officer, who was not seriously injured.

Sgt Mike Mancuso, president of Fraternal Order of Police Lodge 3, then spoke out and said city officials shared blame for the attack.

‘We are disgusted by what is shown on the video; however, this is an all too familiar scenario to our members,’ Mancuso said in a statement.

‘It is indicative of a broken city that is being led by people who have absolutely no real time crime plan or, it seems, even know how to formulate one.’ 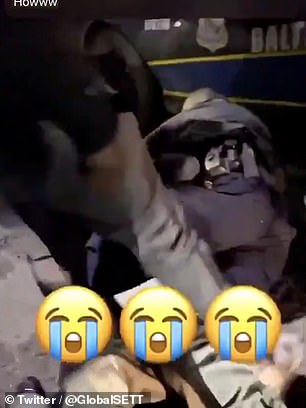 Mancuso added: ‘Crime in Baltimore is out of control and until new leadership is elected and appointed, this lack of respect for the law and those who enforce it will continue and deepen.’

Baltimore’s state’s attorney, Marilyn Mosby, said she was also ‘disgusted by the blatant assault against the police officer’ but slammed the police union’s ‘continued inappropriate political rhetoric, fanning the very flames they then call on me to put out.’

‘Their responses are relentlessly divisive, and they seem to lose no opportunity to misplace blame,’ Mosby said.

‘Our city desperately deserves better and needs to move past such divisive rhetoric, and hypocritical finger-pointing.

She added: ‘The same sense of outrage in this case should be expressed by the leaders of the police union when their officers are convicted of attempted murder, assault, and unlawful arrest against citizens.’ 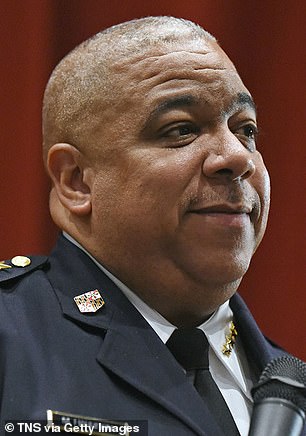 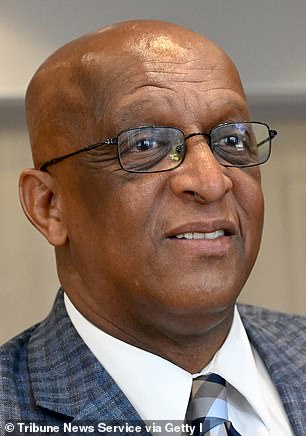 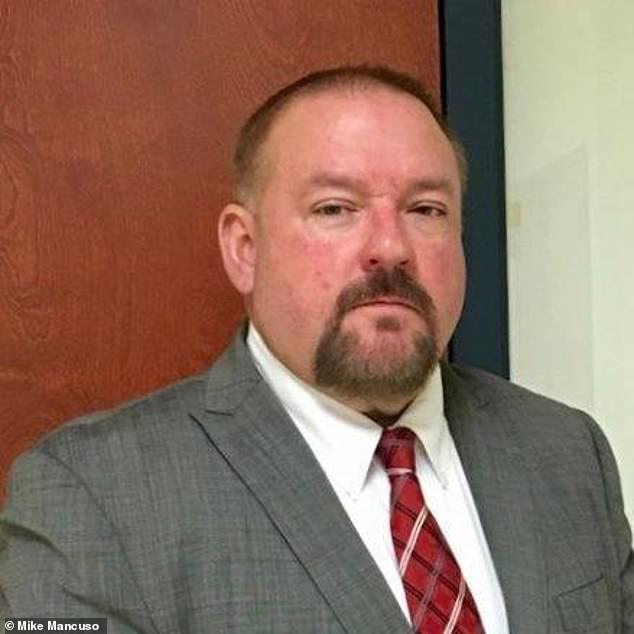 Fraternal Order of Police Lodge 3 President Mike Mancuso (pictured) issued a statement charging that city officials shared blame for the attack. ‘We are disgusted by what is shown on the video; however, this is an all too familiar scenario to our members,’ Mancuso said. ‘It is indicative of a broken city that is being led by people who have absolutely no real time crime plan or, it seems, even know how to formulate one’ Baltimore’s state’s attorney, Marilyn Mosby (pictured), slammed the FOP’s ‘inappropriate political rhetoric, fanning the very flames they then call on me to put out’

Mancuso doubled down on his remarks after Young and Harrison addressed the attack at a Saturday news conference.

‘Clearly, the Commissioner did not fully appreciate the severity of the situation in which our brave Brother found himself, despite its blatancy,’ Mancuso said in a statement.

‘He cannot treat our membership with disdain on a daily basis, then run to defend them when it suits his political agenda.’

To the mayor, Mancuso said: ‘Go have your walk on Pennsylvania Ave, spew your rhetoric about the failed crime plan, and tell everyone how tough you are on criminals.

‘We all know the truth is that you are way in over your head! Attacking me is just another attempt to take the heat off your failed leadership.’

Asked about Mancuso’s criticism, Young said: ‘I’m sick and tired of what the FOP is saying when they should be out here with these brave men and women patroling these streets instead of sitting behind a desk criticizing a plan that’s working.’ 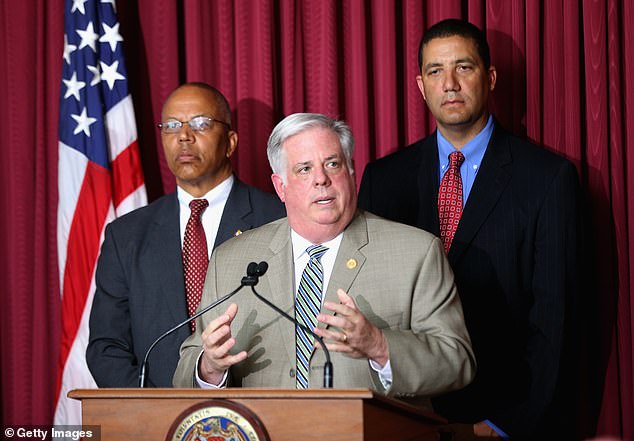 Maryland Governor Larry Hogan expressed similar frustration with Baltimore leaders on Wednesday after it was revealed that the city set a per-capita record for homicides in 2019 with 348.

‘It really takes some leadership in the city to star getting tough,’ Hogan said at a Maryland National Guard event.

‘There’s no crime plan, there’s no continuity and it’s just simply unacceptable that people are being shot and killed in the streets every single day, and people are fed up with it.’

Hogan released a statement Saturday saying he was ‘appalled and disgusted’ by the incident the night before.

‘Our administration is providing unprecedented state resources to combat the crime epidemic in Baltimore, but this requires an all-hands on-deck approach,’ Hogan said.

‘It is time we all stand together, and it is time city leaders and legislative leaders join our efforts to take our communities back.’