By Alastair Tancred For Mailonline

Supporters of Kenyan opposition leader Raila Odinga are searching for a mole who leaked video of him wearing a Santa hat while ‘drunkenly’ proposing a toast at a Christmas party.

The video shows the politician slurring his words while making the speech at a ‘male dominated party’, Nairobi News reported.

Mr Raila – defeated in presidential elections earlier this year – told his cheering supporters not to abandon their quest for power and to stay true ‘to the cause of reaching Canaan’. 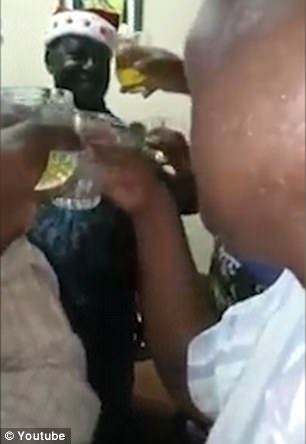 Furious supporters of the opposition leader say the video is innocuous and is being used by his enemies to discredit him.

‘What’s the hullabaloo of the video of Raila drunk?’ one Twitter supporter commented. 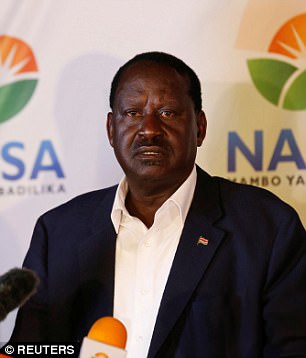 ‘He is enjoying himself with his friends. It’s not a state office. Happiness starts from within. The betrayer is one who took the video. Do what you like so long as nobody’s right is infringed.’

Mr Odinga challenged the results and the court ordered a fresh vote in October which he boycotted, citing a lack of electoral reforms. His absence meant that Mr Kenyatta won the repeat vote, although Mr Odinga and his supporters have refused to accept the result.

In November he called international intervention’ into Kenya’s election crisis, saying at least 30 of his supporters had been killed by police and militia since his return from an overseas trip.

Mr Odinga said Kenya ‘was being pushed to the precipice’ after residents of a Nairobi slum protested against the killing of at least 13 people in an overnight attack by unknown gunmen.

‘This is state-sponsored thuggery,’ he said at the time. 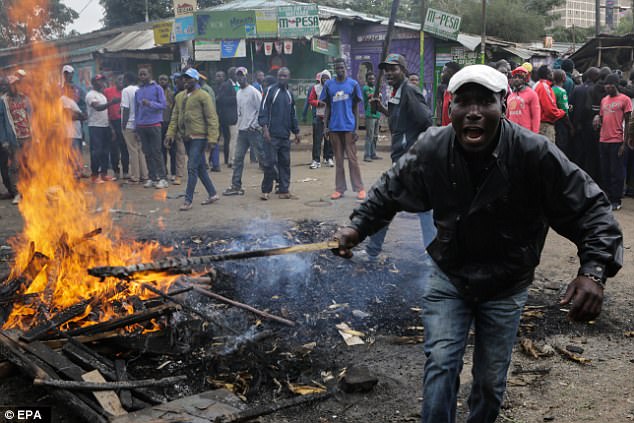 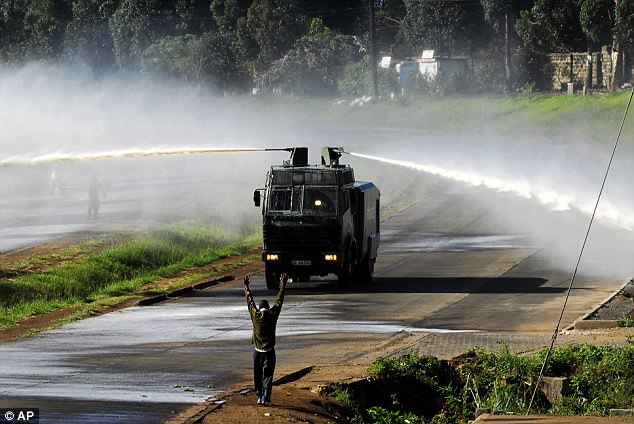