A mystery secret Santa has been caught on CCTV spreading Christmas cheer by leaving festive treats for residents in a quiet cul-de-sac.

And one homeowner was pleasantly surprised when CCTV revealed the culprit behind these random acts of kindness appeared to be Father Christmas himself.

A mystery secret Santa has been delivering candy canes to residents in Holbrooks, Coventry 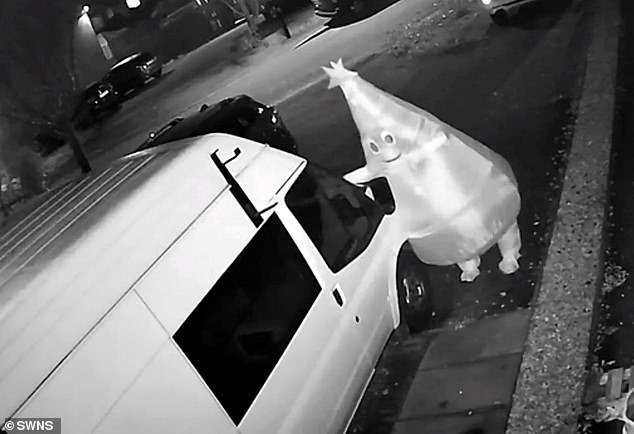 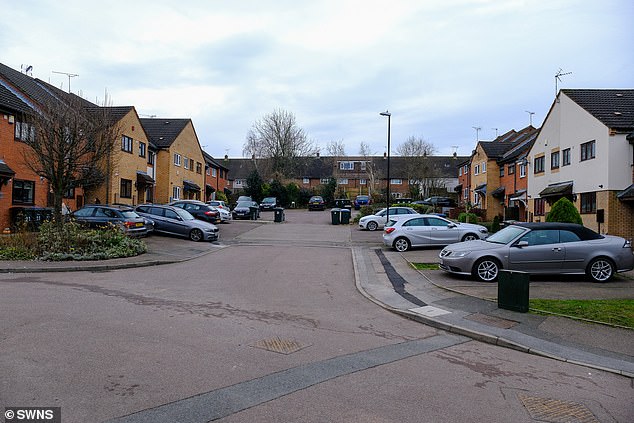 Comical footage shows a giant gingerbread Santa and an accomplice dressed as a giant Christmas tree making the drop-offs in the middle of the night.

Other footage captured a traditional Santa dashing along the street with the Christmas tree.

Families say their children have been delighted when they awoke to discover sweets left behind on their families’ cars ahead of the big day.

Resident Becky Leaper, 34, was left in hysterics when she checked back her security camera footage to see Santa and his helper delivering the gifts.

Ms Leaper, a police staff worker who lives with husband Michael, 35, and his two children, said: ‘Me and my husband found it really funny the first time.

‘And then the second time my husband thought someone was trying to break into our car so opened the window and then burst out laughing. 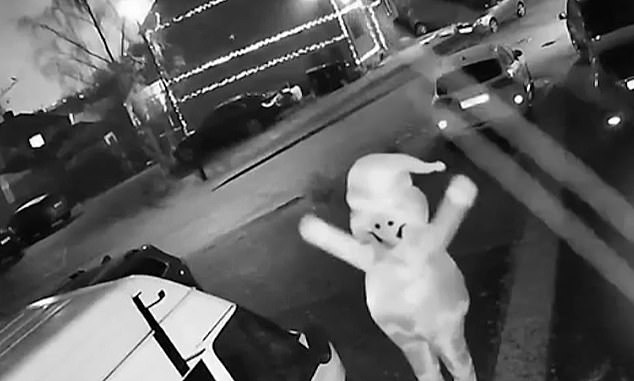 Local residents in Holbrooks, Coventry inspected their CCTV cameras to determine whether they could discover who had been leaving candy canes sitting on their cars overnight

‘The tree then walked all the way up our drive and put a candy cane on the van as well, then went up to our neighbours.

‘The kids think it’s really funny and that Santa is having them delivered. We’re waiting to see who it will be this Sunday.

‘We all think it’s great and after such a rubbish year it’s good to lift spirits – it’s nice for people to have a good laugh and the kids get excited to know who it is when everything else is so negative.

‘We do think it’s someone that lives in the road.

‘Michael really doesn’t like Christmas and is known in the neighbourhood as the Grinch so we think someone was trying to get him into the festive spirit.

‘One Monday morning all the cars in the cul-de-sac had candy canes on. It was lovely and really brought people together.

‘It’s really funny and I’m really looking forward to it this Sunday.’

Another local resident Des Carpenter, 59, added: ‘It certainly has spread a bit of festive cheer that’s for sure and it’s a lovely thing for them to do.

‘The footage was hilarious, it looked like a CCTV appeal the police might release but instead you’ve got Santa and a great big massive Christmas tree.

‘Everybody has found it really funny. We just hope the kids don’t clock on that security cameras might be a good way to spot Santa on Christmas Eve.’ 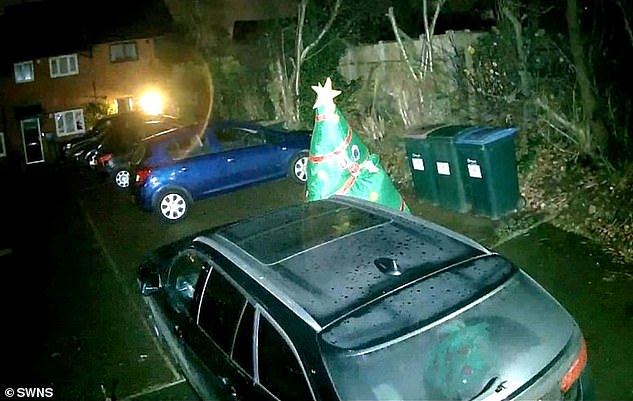 Des Carpenter, 59, said: ‘It certainly has spread a bit of festive cheer that’s for sure and it’s a lovely thing for them to do’ 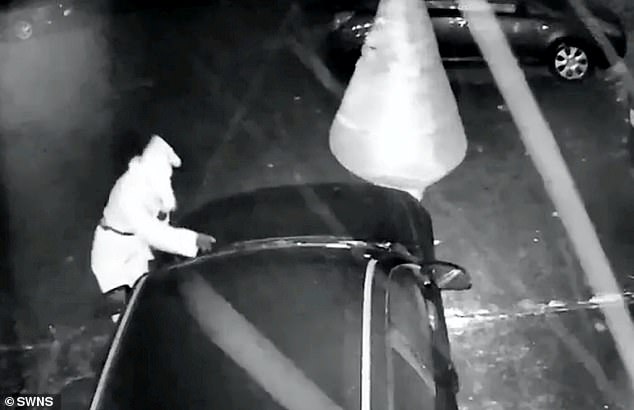 One resident said: ‘The footage was hilarious, it looked like a CCTV appeal the police might release but instead you’ve got Santa and a great big massive Christmas tree’

She said: ‘I received a notification that my doorbell camera had picked up some activity but when I checked it I was stunned.

‘There was a big gingerbread Santa standing on my doorstep waving. It was really weird to see but I fell about laughing.

‘I think it’s just brilliant that whoever is behind it is raising a smile for everyone. The kids on the road think it’s great fun too. We’re all just desperate to know who it is.’