Video footage from a human trafficker’s confiscated phone showed the harrowing conditions dozens of undocumented immigrants were exposed to inside a Texas border town ‘stash house’.

Dozens of migrants are seen lying on the floor of the house in Laredo, Texas, before they were discovered by Border Patrol agents and local police.

A smuggler spans his cellphone’s camera through the house, showing several migrants lying on the floor next to each other in the kitchen and living room while a few others are spotted asleep on couches.

The man goes on to complain about the lack of attention he’s gotten from one of his associates and blasted the lack of space inside the residence.

‘Hey, I find myself needing another warehouse that I’ve been telling him about,’ the man behind the video says. ‘This is how all the people are now, look.’ 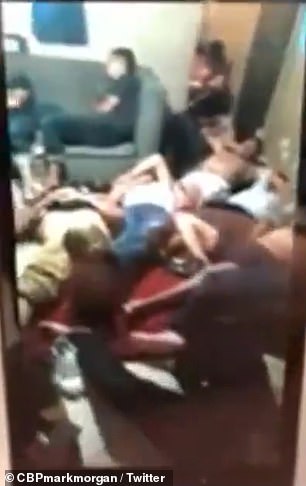 Commissioner Morgan blasted the traffickers on Twitter, writing:  ‘Listen as a smuggler callously talks about needing additional space to hold more migrants as if they were merchandise,’

The home is similar to numerous other stash houses on the Texas-Mexico border, which are used by human trafficking organizations to hide migrants once they have unlawfully entered the United States.

The video also reinforced fears that migrants infected with COVID-19 could spread the virus rapidly in the cramped living quarters. 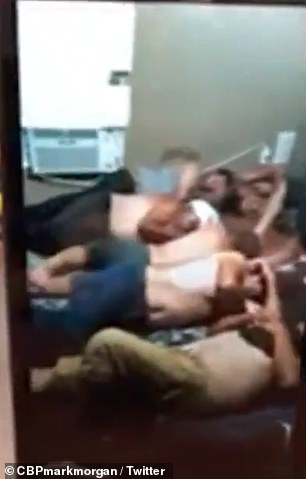 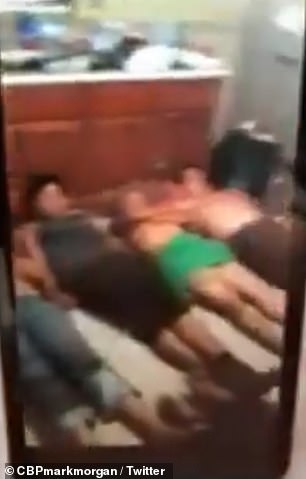 Despite the restrictions imposed on non-essential traffic flowing through Mexico-United States border due to the coronavirus pandemic, human trafficking organizations have been able to find some holes and smuggle thousands of migrants.

‘COVID-19 only adds to the dangers of this situation. It only takes one person with the virus to spread it to many in these conditions,’ Commissioner Morgan said.

The release of the video came after CBP and the Laredo Police Department shut down three stash houses Tuesday and detained 35 undocumented immigrants.

Authorities were tipped off about a home that functioned as a stash house on the 900 block of East Taylor and apprehended 10 undocumented immigrants from Mexico. 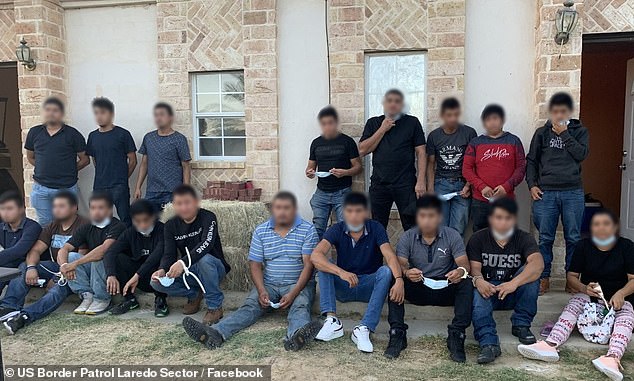 Pictured above are some of the 35 undocumented immigrants who were located by CBP agents on Tuesday inside three stash houses in Laredo, Texas 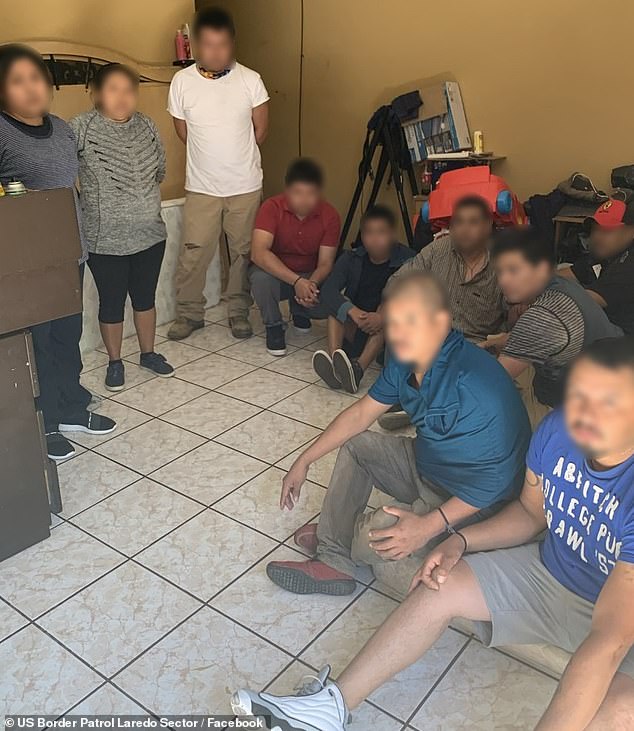 Pictured above are 10 undocumented immigrants from Mexico who were apprehended by CBP at stash house operated by a human trafficking network in Laredo, a Texas border town

CBP subsequently discovered 18 migrants from Mexico who has unlawfully entered the United States and were being housed at a second residence 3000 block of Santa Barbara Street in south Laredo.

A third home was raided about an hour later as Border Patrol agents took into custody seven undocumented migrants from Mexico, El Salvador and Honduras.