A cellphone recording has been spreading on social media showing a staffer at a Kentucky’s McDonald’s forcing an elderly patron to leave mid-meal, but according to the fast-food franchise, the video does not tell the whole story.

The video was recorded on Wednesday at the McDonald’s eater on Nicholasville Road in Lexington by Josh Nunez, who wrote in a status update that ‘this sweet old lady was minding her own business’ when she was informed by workers she only had 30 minutes to finish her meal and get out.

‘I hate seeing people treat other people like s*** for no reason,’ Nunez wrote. 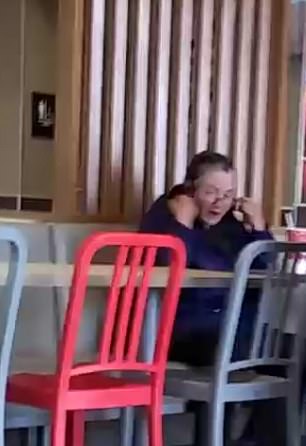 Screenshots from a viral Facebook video recorded at a Lexington, Kentucky, McDonald’s show a staffer telling an elderly diner to leave and threatening to call the police to escort her out

As of late Friday morning, the minute-long clip has been viewed 1.6million times, shared more than 10,660 times and has drawn 10,000 comments, many of them critical of the way the McDonald’s staff handled the situation.

But the owner-operator of the franchise has insisted that Nunez’s video has been taken out of context.

According to the company, the unnamed elderly diner had been at the eatery for two-and-a-half hours, during which time she took a nap in the lobby and soiled herself, as the station LEX18 reported. 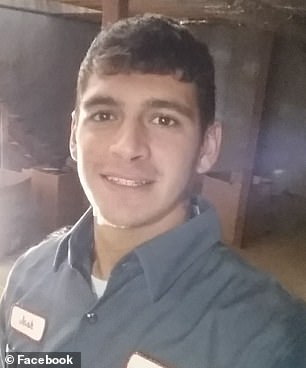 Although the woman did buy food and a cup of coffee, as seen in Nunez’s recording, customers allegedly complained to the staff that she was obnoxious, loud and bothering them.

Nunez said there were no more than eight diners at the eatery at the time of the incident, including the woman and himself.

Prior to Wednesday’s confrontation, the woman reportedly had gotten herself banned from the McDonald’s on Russell Cave Road, which is owned by the same company as the Nicholasville Road franchise, for allegedly verbally and physically assaulting staff there.

Rather than ejecting her at once after receiving complaints about the woman’s conduct, workers allotted 30 minutes for her to finish her meal and leave.

In Nunez’s video, a male restaurant employee approaches the unwelcome diner sitting at a corner table and tells her to go.

The woman argues with the worker and remains seated.

‘I just don’t want to have to call the police and have them escort you out,’ the employee can be heard telling the obstinate patron.

A brief back-and-forth followed, during which the worker told  the woman she could call the corporate number printed on her coffee cup.

After Nunez stopped recording, he told Lexington Herald-Leader the woman grabbed her bag and walked out without finishing her meal. 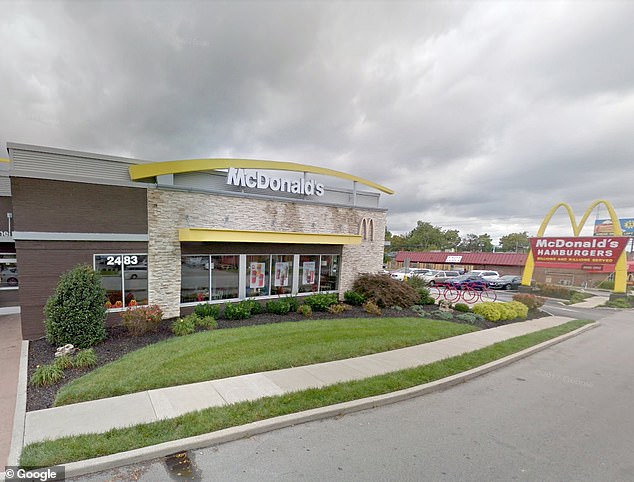 The franchise owner defended staff’s actions, saying the woman had been at the eatery for hours, during which time she took a nap and soiled herself

The franchise owner and operator released a statement Thursday defending the staff’s handling of the situation.

‘All customers are welcome in our restaurants, and our organization is committed to the well-being and fair treatment of all people,’ the statement read. ‘In this instance, the guest had been inciting customer complaints for multiple hours; therefore, the customer was asked to leave.

‘We have reviewed the situation, and have concluded our employees made the appropriate decision. Our organization prioritizes the safety of all our customers and we are committed to the community we serve.’

In an interview with xx, Nunez questioned the company’s version of events, saying that the woman in the video appeared friendly and was not harming anyone at the restaurant.