‘We’re going to need a bigger boat!’ Stunned 17-year-old fisherman is shocked when shark jumps out of water to snatch a fish he’s reeling in

A hungry shark was caught on video jumping from the water to snatch a fish from a 17-year-old fisherman as it was being reeled in.

Footage of the frightening moment shot by Jack Gray while fishing with his family in Seward, Arkansas, has gone viral after being posted on Instagram.

The footage shows Gray hard at work Wednesday around 5pm reeling in a fish that’s deep under the water.

A shark then jumps out of the water the moment the fish on the line is about to break the surface.

A hungry shark was caught on video jumping from the water to snatch a fish from a 17-year-old fisherman as it was being reeled in. An image from the footage posted by Jack Gray shows him fishing with his family in Seward Arkansas, Wednesday 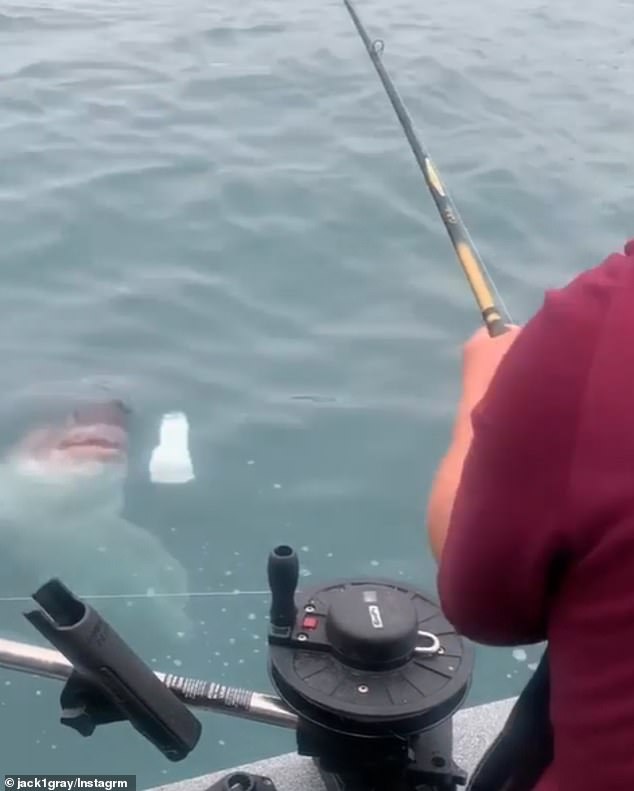 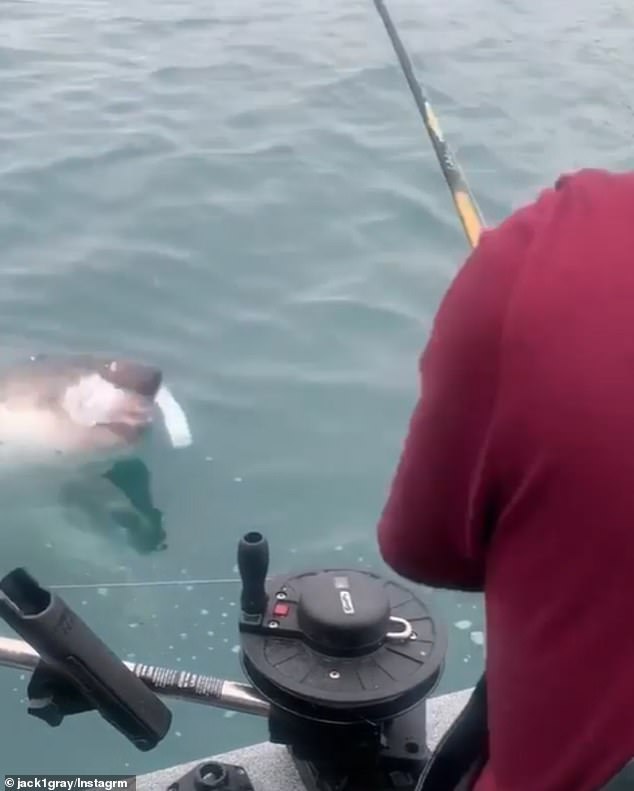 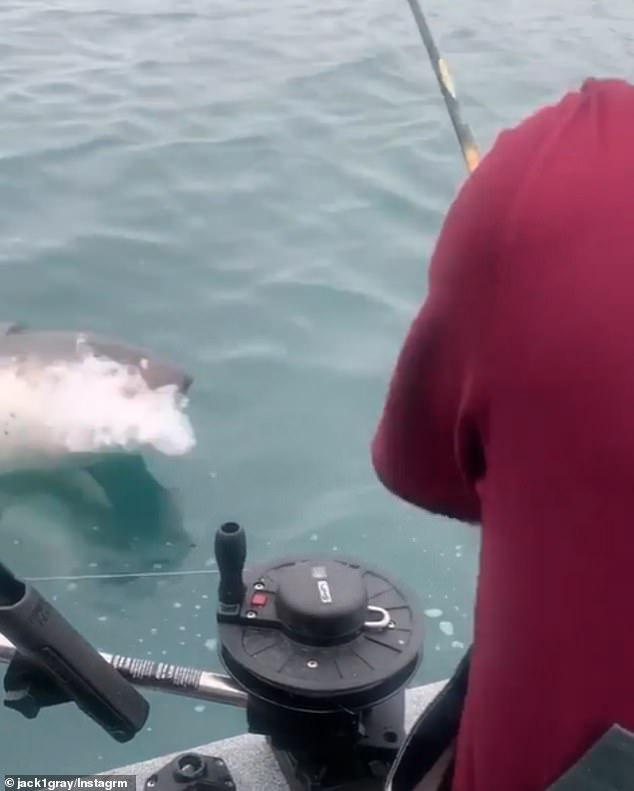 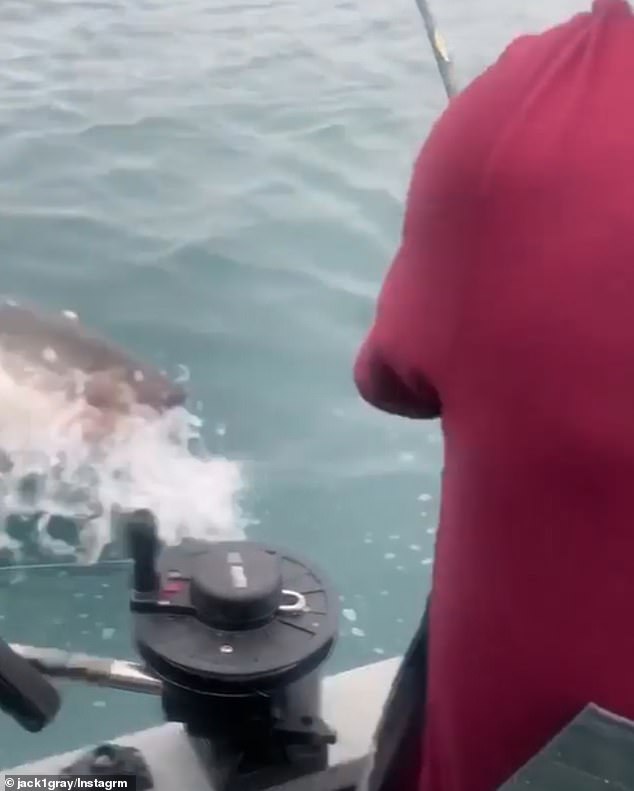 The shark is pictured just moments before the camera jerks away

The camera jerks away as Gray and others are heard scrambling to safety inside the boat from where the footage was taken.

‘We were shocked and I don’t think that we were really expecting that,’ Gray said, when reached by Dailymail.com.

The scene is reminiscent from when Sheriff Brody in the film Jaws proclaims, ‘You’re going to need a bigger boat’ after he too caught a similar surprise from the film’s mechanical shark.

Gray told Dailymail.com that his rod bent sharply while he was fishing, and that he and his family were wondering what was lurking down under until the shark jumped out at them.

Despite the harrowing moment, the teen said he and his family were glad they caught it on video.

‘Just see it in person was such an experience,’ he said.