Shocking video shows a young Florida woman’s head slammed into the ground by her school resource officer, who then aggressively handcuffed her.

The female Sunlake High School student, who has identified herself as Mackenzie, was filmed being grabbed by the arm and swung to the ground by Corporal Richard Stackon. Her head makes a loud ‘thud’ as she hits the floor.

Mackenzie tells him her shirt is coming up, but is ignored as Stackon continues trying to grab her arm to handcuff her. 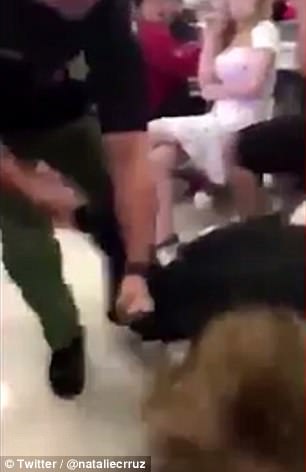 Shocking video shows the moment a sophomore student was slammed to the ground by her school resource officer, Corporal Richard Stackon 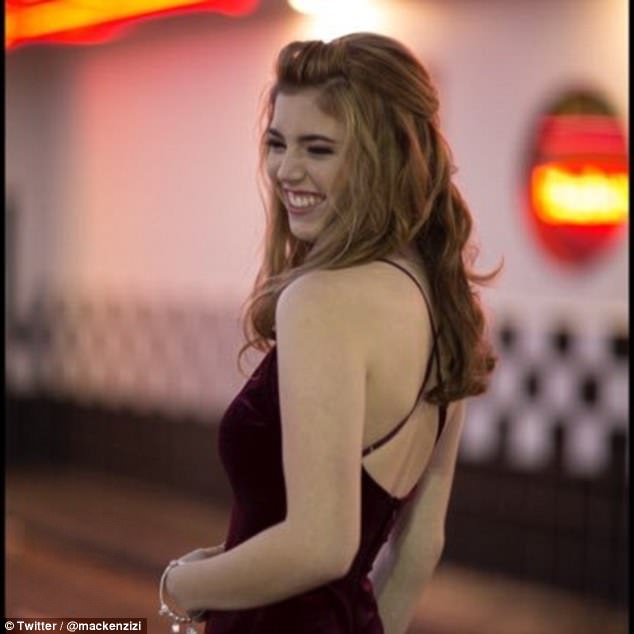 The student, who has identified herself on social media as Mackenzie (pictured) says she was skipping class at the time

‘What the hell is going on with you guys?’,’ he asks while squatting over her.

The girl yells ‘ow!’ as he pulls her arms behind her back and puts her wrists in handcuffs.

‘Is this what I’ve got to do every f***ing day,’ he says to her as she struggles to get free.

The girl, who is a sophomore at Sunlake, identified herself as Mackenzie on Twitter on Wednesday, and claimed the altercation started because she was skipping class.

‘They said I was ”causing a disturbance” in the lunch room by skipping my online class that I’m finished with, and my parents were aware I was skipping,’ she wrote.

‘Because it’s so hard to focus on putting a fork in their mouth and chewing right?’

Later, she told followers she was ‘concussed, exhausted and shaken up’.

While some appeared to sympathise with her, others alleged she had swung at the officer first before he took her down. 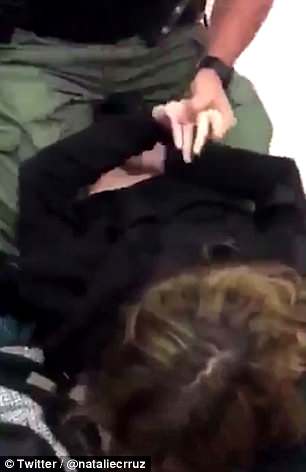 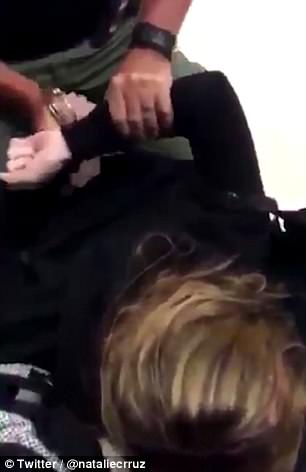 The Sunlake High student’s head made an audible ‘thud’ as it hit the ground in the clip, and she is heard protesting throughout the arrest 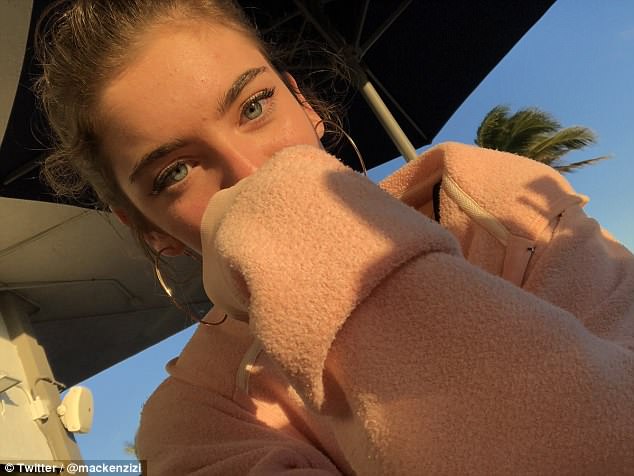 She later told Twitter followers she was ‘concussed, exhausted and shaken up’

The Pasco Sheriff’s office said in a statement they were investigating the incident, which began after the officer was asked to remove the student from the cafeteria.

‘He then attempted to place the student in custody and the female student resisted arrest,’ they said.

Police say they will review ‘all the facts and circumstances’, including more than eight minutes of body camera video and statements from witnesses.

Later on Wednesday, The Tampa Bay Times reported the Sheriff’s Office ruled Stackon acted correctly in dealing with the incident. 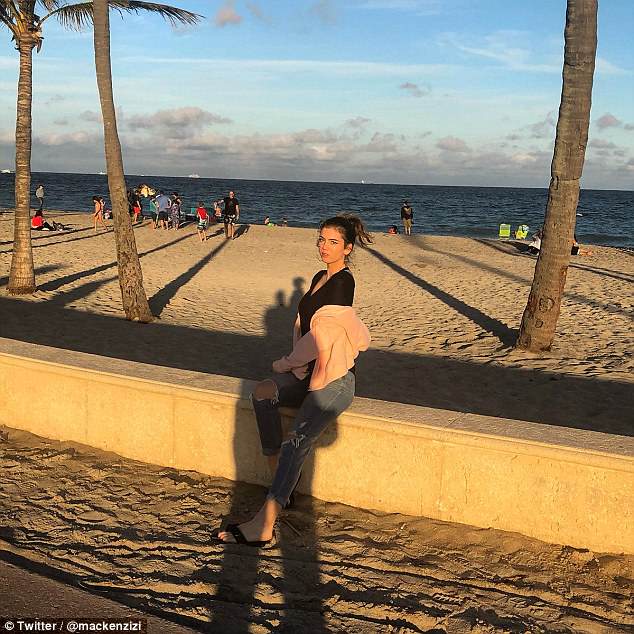 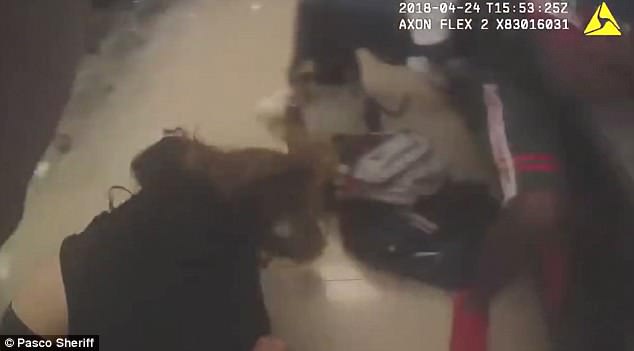 In a press conference, Sheriff Chris Nocco said Stackon did ‘everything he could’ to calm the student down.

‘I think his conduct was above and beyond,’ Nocco said.

Nocco made a point of noting Stackon did not use his Taser to stop the young student.

The officer has spent 24 years as a police officer, and will return to Sunlake High School.

Mackenzie has been charged with misdemeanour offences.

Dailymail.com contacted the student, who declined to comment without her lawyer. 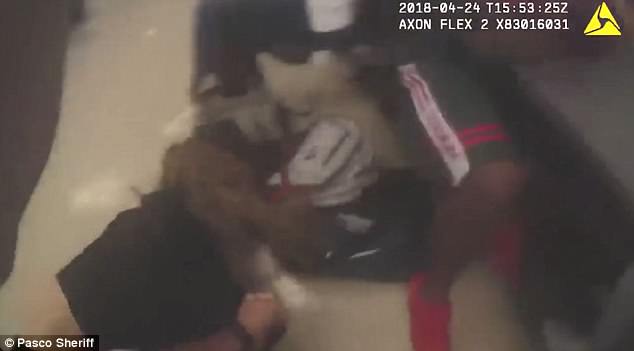