Three people were arrested and several other individuals were banned from a South Florida casino after they were filmed in a violent brawl.

Video on social media shows several individuals wearing bathing suits while pummeling each other inside the Seminole Hard Rock Hotel and Casino in Hollywood on Friday.

The video went viral, generating more than 4 million views as of Monday afternoon.

It is unclear what led to the fight. 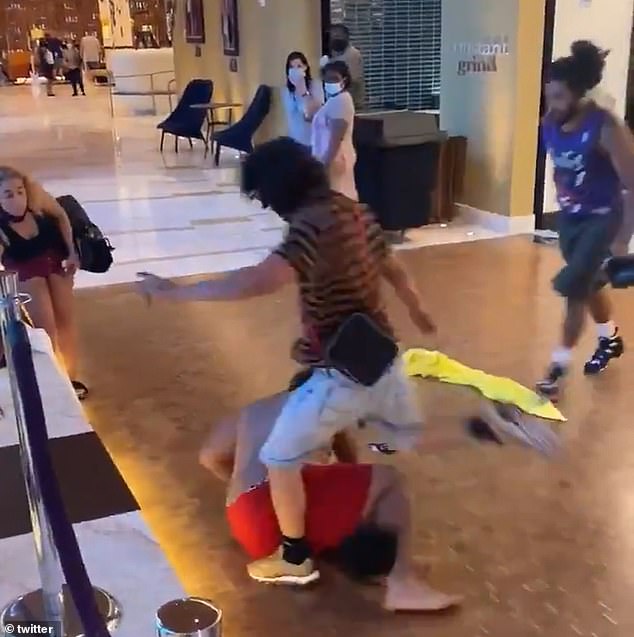 Video footage shows several people punching and kicking each other, though it is not clear what ignited the violence 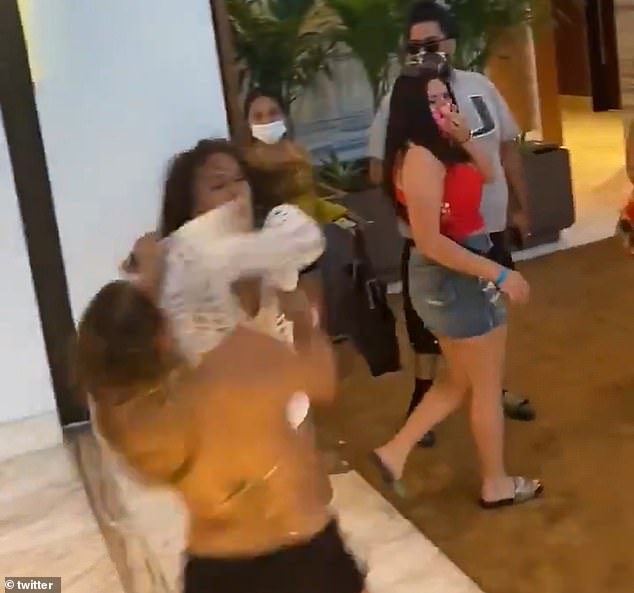 In the image above, a woman in a bathing suit trades blows with another woman wearing a white outfit

‘Multiple arrests were made and bans issued in connection with the fight. Behavior like that will not be tolerated,’ Gary Bitner of the Seminole Tribe Police told DailyMail.com.

‘Surveillance cameras are everywhere and any bad behavior will be captured on video for law enforcement.’

The two-part video shows about a dozen people kicking, punching, shoving, and hitting each other with other objects in an area that appears to be the lobby of the hotel.

The combatants are eventually separated by security personnel, though some continue fighting despite the efforts of some to calm things down. 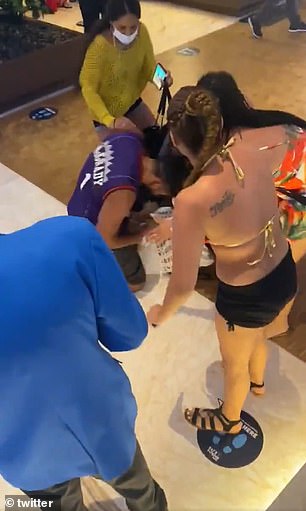 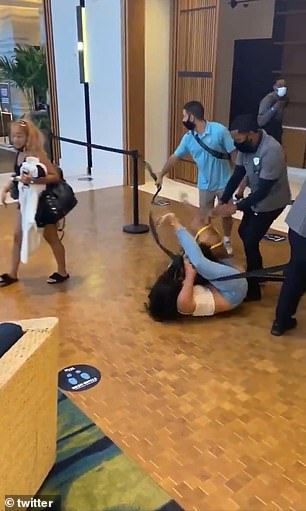 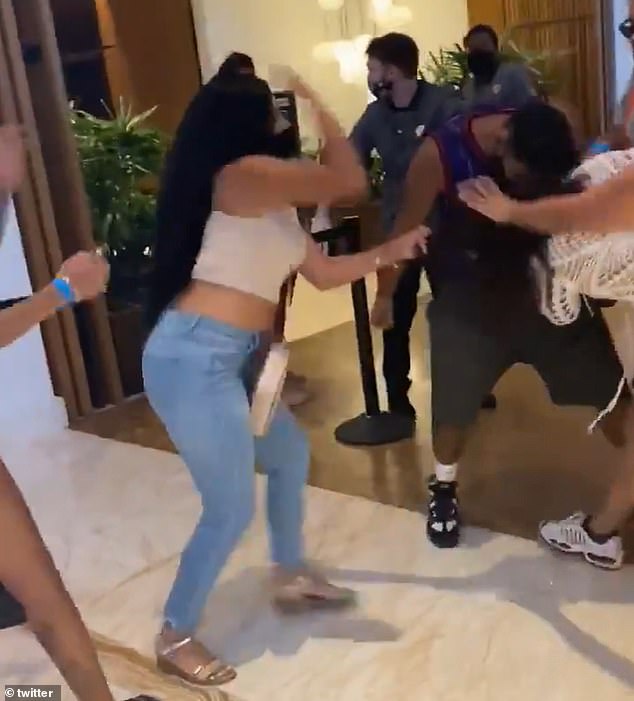 Video of the brawl went viral on social media, where it was view more than 4 million times

Court records indicate that Miami resident Manuel Aguilar, 26, was arrested for disorderly conduct, a first-degree misdemeanor, and possession of oxycodone, which is a third-degree felony, according to the South Florida Sun-Sentinel.

Police also charged Rafael Redondo, a 30-year-old resident of Hialeah, with disorderly conduct. He was held on $100 bond.

Jenae Strunk, a 26-year-old resident of Miami Gardens, was charged with disorderly conduct. She was being held on $100 bond.

The Hard Rock Hollywood is one of five casinos operated by the Seminole tribe, a federally recognized tribe whose members live in Oklahoma and Florida.

Tribe members are scattered in various reservations across central and southern Florida.

The Hollywood casino and the Guitar Hotel, which is part of the complex, were reopened to guests six weeks ago after the facilities were shut down as part of the coronavirus lockdown.

Florida has seen a sharp rise in the number of coronavirus cases in recent weeks.

A Florida judge on Monday upheld a county’s coronavirus ordinance that requires masks be worn in public places like stores, saying government officials have the authority to protect their residents from the spread of infectious diseases. 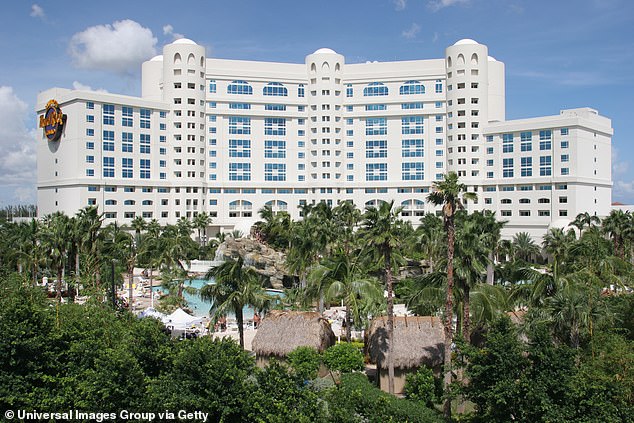 The Hard Rock Hollywood in Hollywood, Florida, is one of five casinos operated by the Seminole tribe, a federally recognized tribe whose members live in Oklahoma and Florida

The Palm Beach ruling came as Florida passed 6,000 coronavirus deaths, with almost 40 per cent of those happening during the current spike that began about a month ago.

The state health department reported another 76 deaths, bringing the number of people in Florida who have died of coronavirus since March 1 to at least 6,048.

The positivity rate for tests over the last seven days is 19.2 per cent – that is about where it has been for about the last three weeks, but six times higher than it was two months ago just before the number of cases began spiking followed a few weeks later by the number of deaths.