Shocking surveillance video has been released of a group of armed men shooting and killing two policemen and two attendants at a gas station in Guanajuato, Mexico.

The footage shows a van pulling up next to a police pick-up just moments before the door opens and the gunmen spill out to unleash the brutal attack.

Armed subjects get out of the vehicle and start shooting.

The shocking footage also shows other attackers approach the area on foot and shoot one of the gas attendants dead.

Surveillance video shows a police pick-up truck being shot at at a gas station in Guanajuato, Mexico 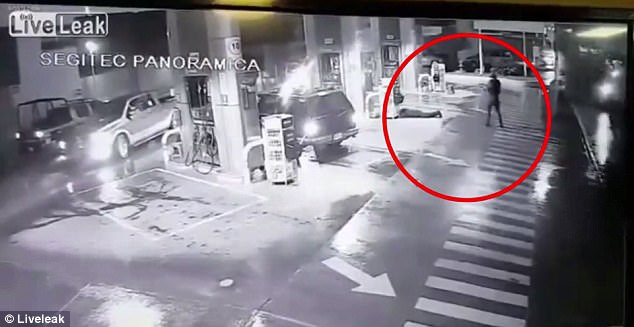 Another truck pulls up, the gunmen get in and both cars drive away

According to Mexican newspaper Excelsior, the suspects were following the police van and took advantage of them stopping at the gas station.

It appears the gunmen were on a killing-spree as they shot dead a female toll booth attendant on the highway.

In another instance, at midnight the former mayor of Pueblo Nuevo, Jose Duran, was shot and killed near his property after being ambushed in his car by gunmen in a van. It’s believed the events are connected.

Prosecutors opened 2,234 homicide investigations last month, according to government statistics released Friday. That’s an increase of 40% over June of last year and 80% over June of 2015.

It’s unclear if these gunmen were affiliated with a drug gang, however the drug war bloodshed in Mexico has spiked to record levels, with more homicides recorded in June than in any month in at least two decades.

Prosecutors opened 2,234 homicide investigations in June according to government statistics. That’s an increase of 40% over June of last year and 80% over June of 2015.

As of now, there are no suspects in custody. 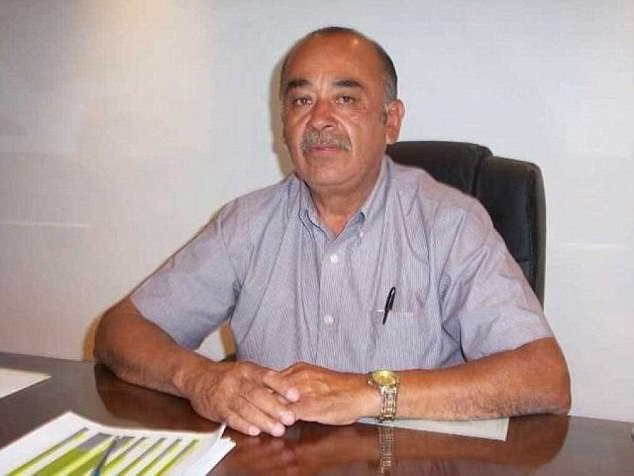 Later that night, Jose Duran, the former mayor of Pueblo Nuevo in Mexico was ambushed by a truck full of gunmen and shot dead. The incidents are believed to be connected but no arrests have been made