Up to five passengers are said to have fainted on board a Melbourne-bound Jetstar flight after the air conditioning broke.

Video taken by a distressed passenger shows people fanning themselves to stay cool and growing increasingly frustrated as they spent more than two hours on the plane earlier this year.

Flight JQ18 had just finished boarding at Phuket Airport when the power unit that controls the air-conditioning broke.

Passenger Laura Beach-Mahone filmed the packed cabin, which sees passengers standing in the aisles or sitting slumped in their seats. Many are using flight safety cards to fan themselves in the sweltering heat. 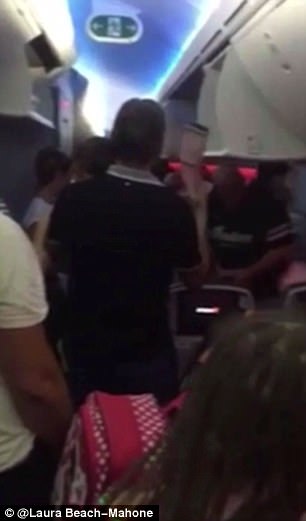 Crowded: Video taken from inside Flight JQ18 shows passengers crowded in an aisle, fanning themselves with flight safety cards as they sat on the damaged plane for more than two hours with no airconditioning

‘Back on the plane… holiday adventure,’ she is heard saying in the short clip.

‘We’ve been on the plane for over two hours… no air conditioning.’

Hundreds of passengers were trapped on the stifling plane as engineers worked to resolve the issue.

Cabin crew members handed out cold water, but up to five people fainted or suffered other medical conditions, according to one passenger. 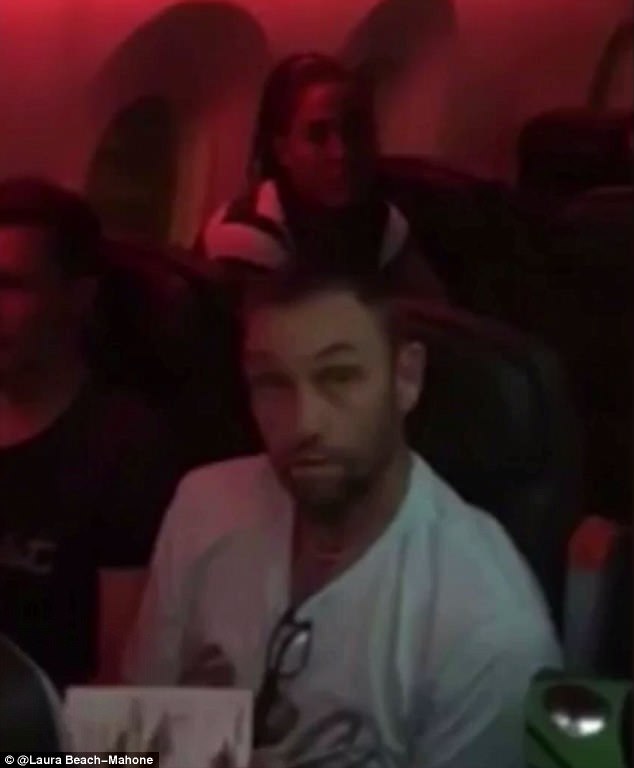 Not happy: As one passenger filmed the grim scene with her phone, nobody was smiling about their predicament 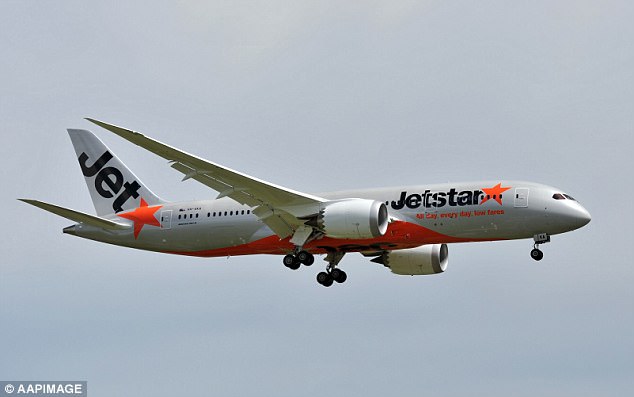 Jetstar apologised at the time for the ‘lengthy’ delay, caused by a ground power unit which controlled the air conditioning

‘People were not let off the plane for two hours … and as a result approximately five people fainted or suffered other medical conditions,’ the passenger posted to Jetstar Australia’s Facebook.

‘People were fainting, screaming, crying, and having massive panic attacks and yelling at staff to let them off but the captain didn’t,’ another passenger said, according to the Herald Sun.

‘Finally after people continued to scream out to open the doors and one bloke fainted and started tripping out and a teenage girl began to have breathing issues, the decision was made to let passengers off.’

After disembarking the aircraft, passengers reported waiting at the gate for further information, only to discover via e-mail that the plane was delayed until 4pm Saturday. 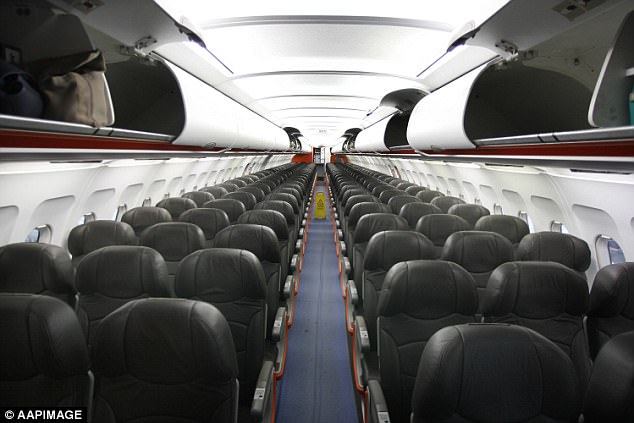 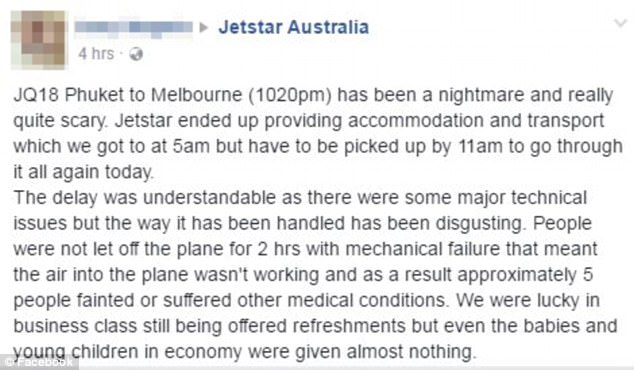 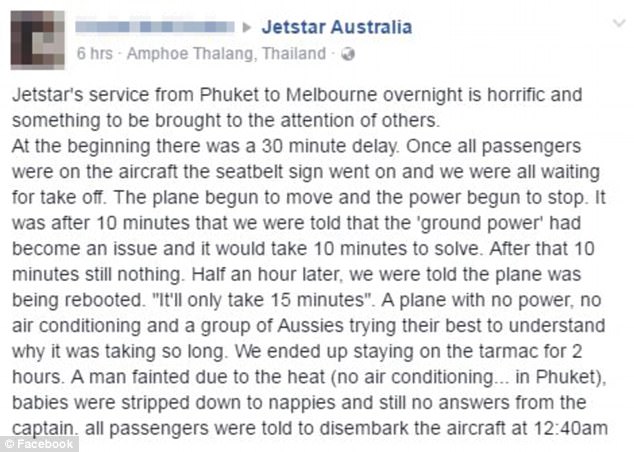 One man described the service as ‘horrific’, and said people should be aware of his experience

‘Currently sitting in Phuket International Airport because your incompetence made a few hundred people sit on a stinking hot plane like a heard of cattle,’ another angry customer posted.

‘[We were sitting] with the doors locked and aircon off for two hours serving us p*** warm water, until all the kids started screaming and finally someone passed out and started convulsing in the isle.’

A Jetstar spokesperson told Daily Mail Australia that passengers were taken to nearby hotels after another ‘technical issue’ was found.

‘The combination of technical issues with the aircraft and a customer needing to get off due to a medical condition meant a lengthy delay to the flight back from Phuket,’ he said.

‘The ground power unit which had the technical fault controls the air conditioning unit so it was quite warm on the aircraft.

‘We apologise to all customers and thank them for their patience.’

The spokesperson said passengers can request a refund if they would not like to travel.