This is the moment knife-wielding moped thugs stole four gold necklaces from the throats of two women during a violent robbery.

Footage shows a woman scream as a man dressed in black and wearing a white helmet pounce from the rear of a moped with a knife in hand during the south London attack.

Two men – including one in his 70s – used shopping bags to fight off the attackers during the incident in Thornton Heath, Croydon, yesterday afternoon. 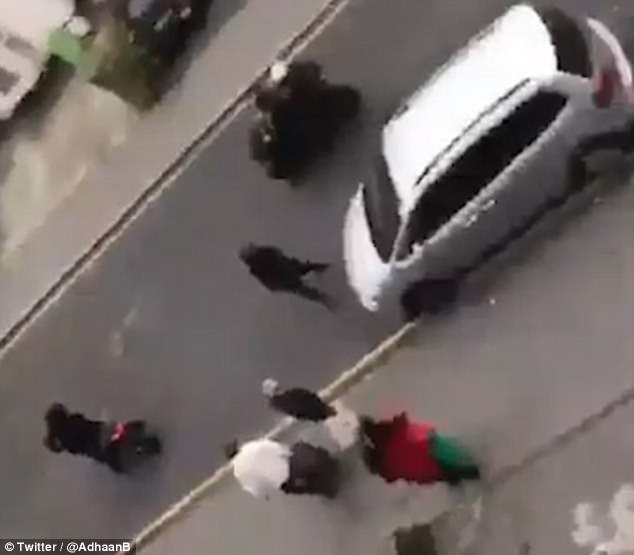 The man holding a knife beckoned two others parked on another moped in the a video seen by the Evening Standard.

An armed man then jumps from the vehicle to hold back one of the men who ran to the women’s defence, as the necklaces are ripped from around their necks.

The 45-second clip was filmed from a nearby house and shows the victims cower behind a wall as the gang speed off.

Police said the man in his 70s was injured after being thrown on the ground and was taken to hospital with minor head injuries. 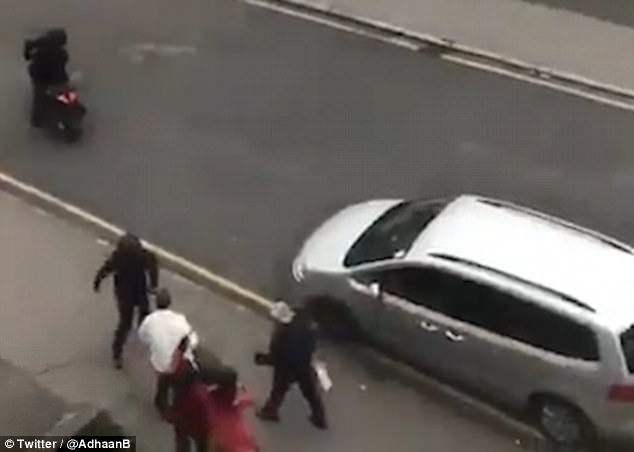 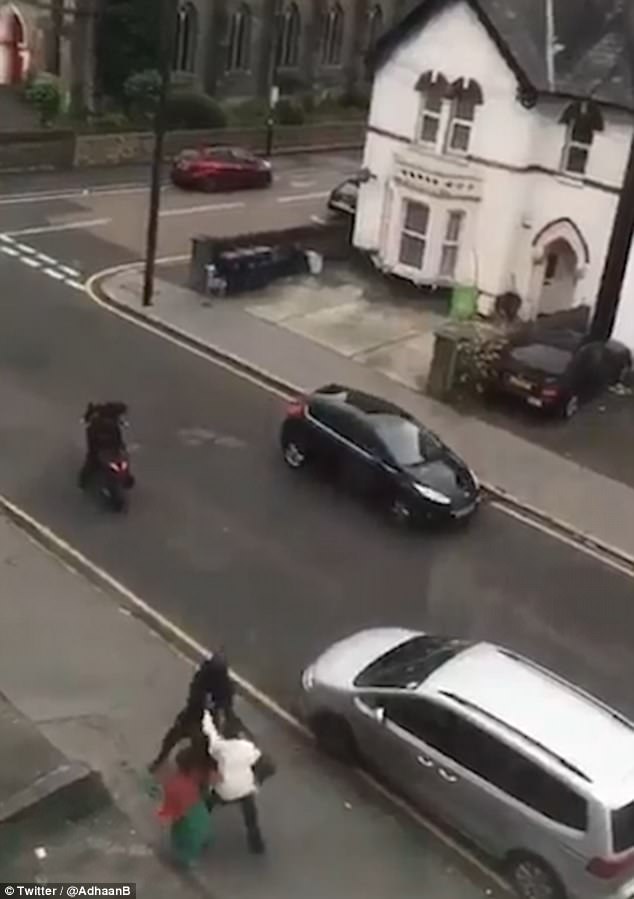 Police are hunting for three white man and a black man after the attack in Croydon, south London

The ‘shocking’ robbery was also described as ‘sadly not unusual’ by neighbours.

One woman, who wishes to remain anonymous, said her husband told her about the incident after rushing away from the aftermath.

She told the Standard: ‘My husband came rushing in and said there had been a commotion before an ambulance arrived and a man was wheeled out of the house opposite with bandages round his head.

‘It’s shocking but it’s not unusual for round here. There have been a lot of muggings recently, and a lot of young men getting stabbed. It’s scary.’ 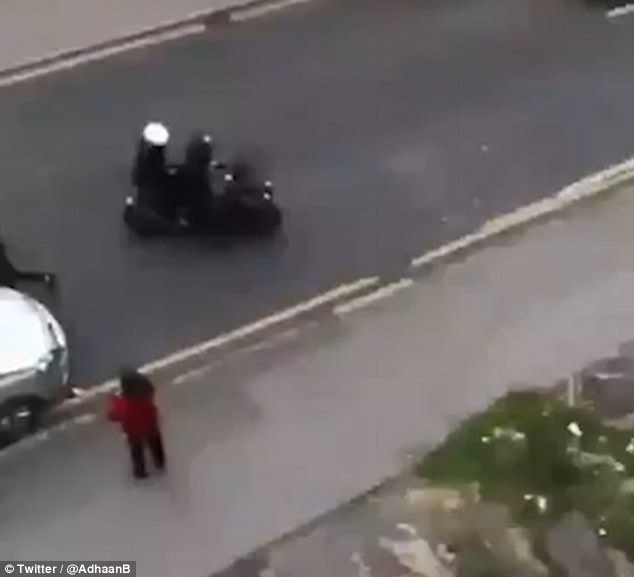 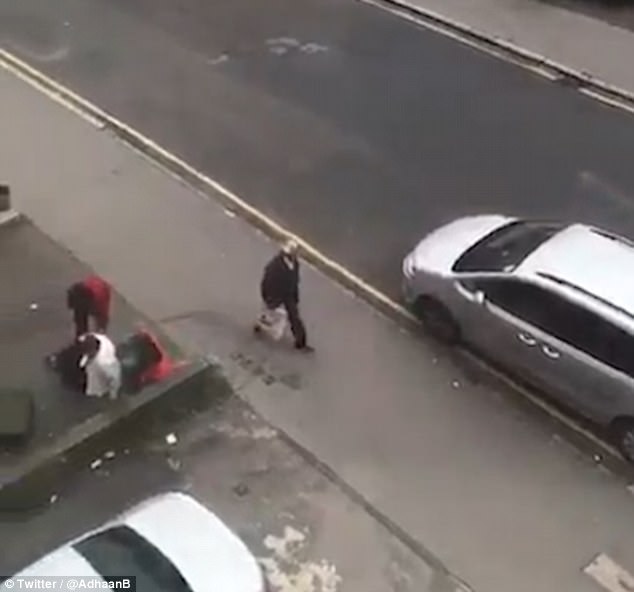 A spokesman for Scotland Yard said police are looking for three white men and one black man, all of whom were wearing helmets during the attack.

‘Detectives in Croydon are appealing for information and witnesses after two women were robbed at knife-point of their gold necklaces in Thornton Heath.

‘The women were approached by four men riding on two mopeds in Bensham Manor Road, on Wednesday, 20 September at around 3.10pm.

‘There have been no arrests and enquiries continue.’