It isn’t just people who have been affected by the atrocities of Hurricane Harvey these past few days.

Animals have been trapped and abandoned during the heavy rains and life-threatening floods in Texas too.

However, Chance Ward from Texas has been a hero in the community after posting several videos and photos on Facebook these past few days showing him rescuing livestock. 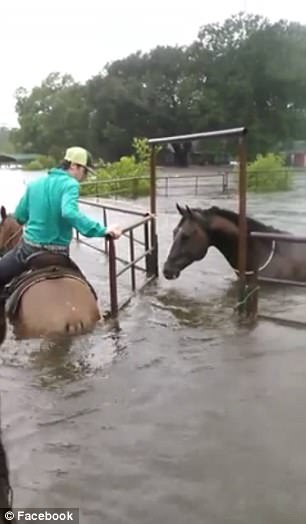 The footage shows a man on a horse in the flooded water trying to help another horse, which is trapped behind a metal gate, escape

One video starts with him saying: ‘This is what we do. We try to help people.’

The rest of the footage shows a man on a horse in the water trying to help another horse, which is trapped behind a metal gate, escape.

Several celebrities have posted this same video on Instagram, including Amber Valletta and India De Beaufort.

43-year-old actress Valletta re-posted Ward’s video with the caption: ‘God bless all the angels helping the animals and people in Texas.

‘Donate to the Humane Society of Texas or any other animal recuse that’s on the ground helping save and house animals. The Red Cross is taking donations for pets too! #staystrong #texas #houston.’ 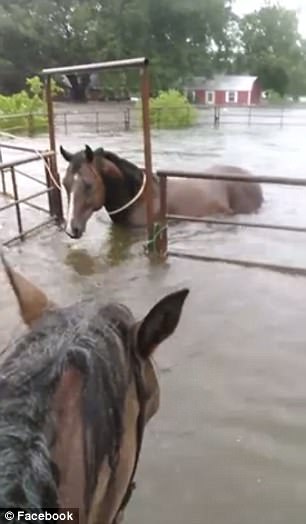 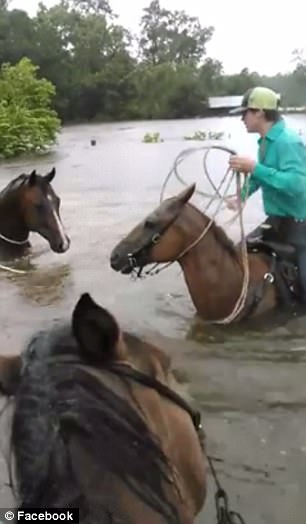 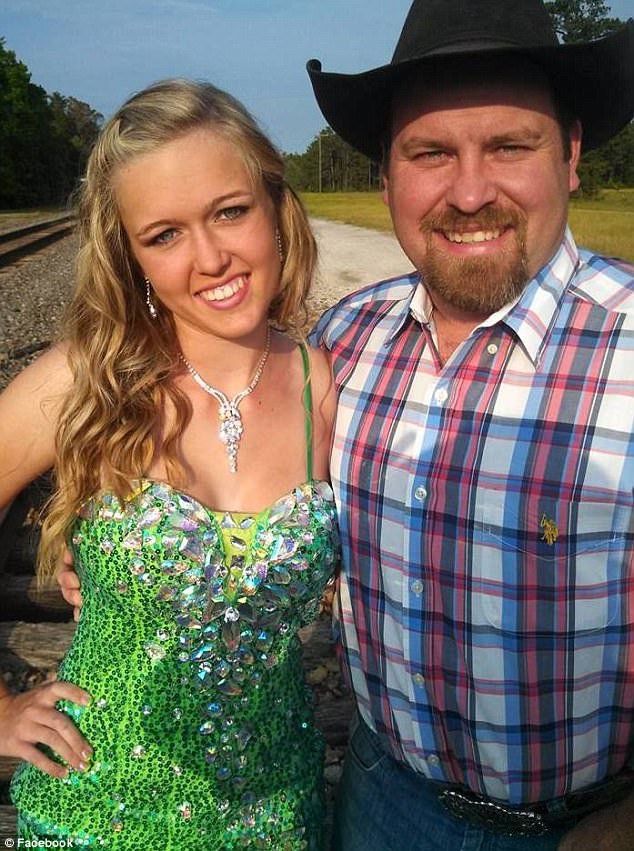 One Tree Hill actress De Beaufort followed her lead by re-posting Valletta’s video of Ward and the horses on her Instagram page.

Ward also posted some other photos on his Facebook page of him helping animals with the caption: ‘There is a lot of sad out of this storm, but I look at the positive. I have helped in numerous floods with livestock.

‘We were able to swim in and save four of these horses today. One of the greatest feelings in the world is having my best partner by my side. My 17 year old son. 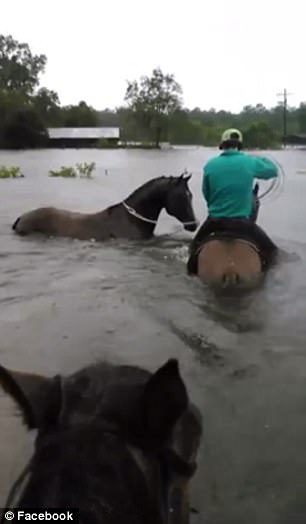 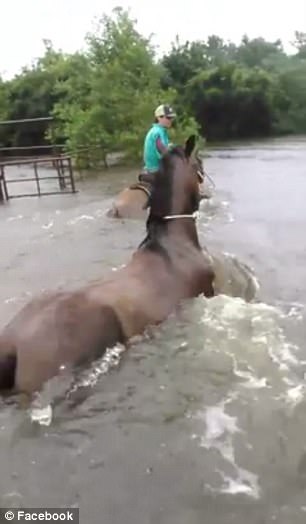 ‘If you look you can see us talking as this is no big deal. There are a lot of great cowboys, plenty that are willing to do the same as us.

‘We make livestock our first priority, as I know many are helping people. Thanks to all the hands that help us today.’

Local and national organizations are doing everything they can to help rescue and evacuate animals.

When Harvey escalated to a Category 4 hurricane, shelter centers in the Gulf Coast areas had already evacuated animals Friday evening.

After Katrina the Pet Evacuation and Transportation Standards Act was passed in 2006 to ensure that animals were included in emergency preparations, according to ABC. 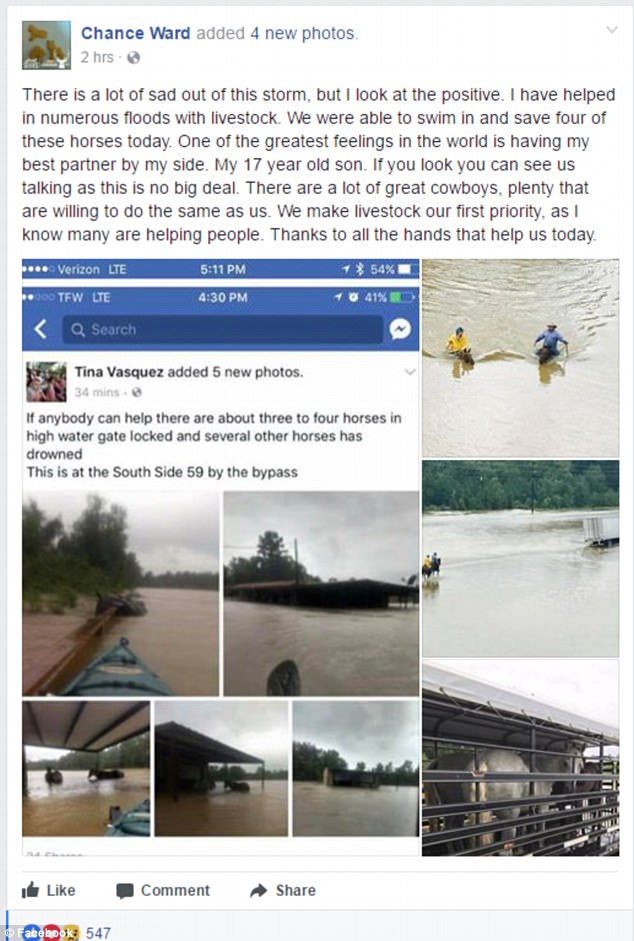 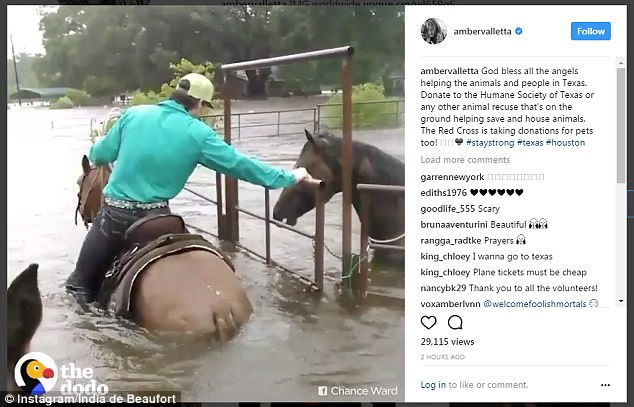 43-year-old actress Amber Valletta re-posted Ward’s video on Instagram with the caption: ‘God bless all the angels helping the animals and people in Texas’