A hilarious video shows the moment a New York man completely loses it over a moth in his house.

The video starts with the man, named Justin, holding a shoe and staring at the bug.

Justin says: ‘He’s getting ready to take off right in my face.’

His family watches on and encourages him to kill the bug.

‘Just go get him Dad,’ his child says.

Justin tries to squash the bug on the ceiling with the sandal he is holding, but the clever insect avoids death by flying away just in time.

Man vs Moth: A Rochester man found himself outsmarted multiple times by a bug

The escape causes Justin to scream and quickly back off, while his wife is laughing so hard the camera shakes.

The moth flies to the window and hides behind the blinds.

‘Oh my god, how am I gonna do this,’ Justin moans.

His wife then says: ‘Justin, do you realize how much bigger you are than that moth?’ while laughing. 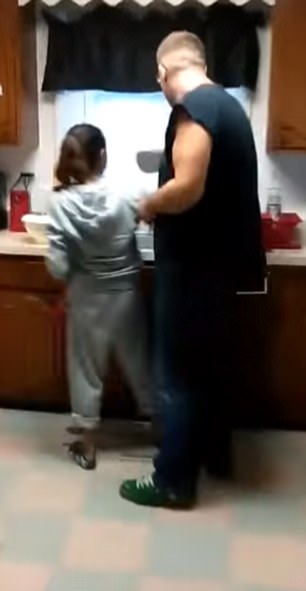 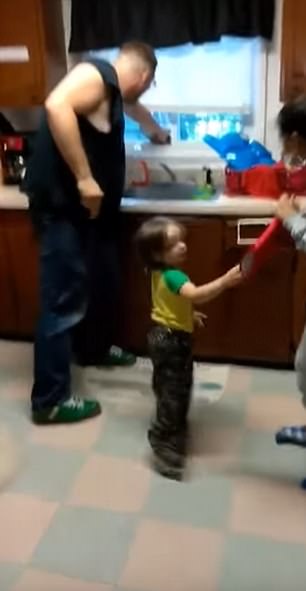 One of Justin’s family members shows him where the moth is hiding. He tries to kill the bug for a second time with a sandal 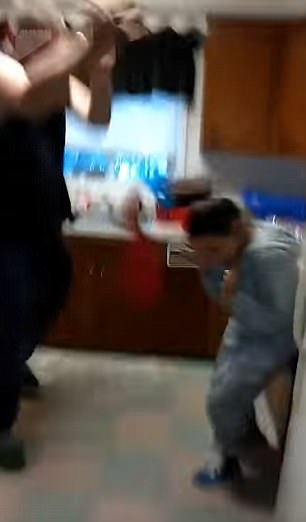 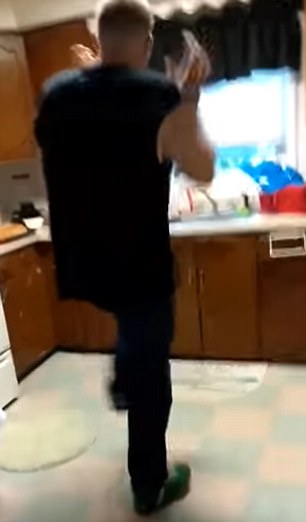 Defeated: The moth survived the second attempt on its life and terrified Justin, who screamed and ran away

He works up his courage and then slams the moth with his sandal, screaming the entire time.

Justin holds the shoe in place for several seconds and says he can feel the moth vibrating underneath.

Justin has his doubts though, and asks if she’s sure. It turns out he was right, because the moment he removed the shoe the moth moved, prompting the man to scream and bolt away again.

At this point his wife steps in and guides the moth out of the window.

The video was filmed in August in Rochester, New York.