David Bennett Katz (above) shot 11, killing two, and then took his own life on Sunday

The desperate moment that paramedic raced to save the life of a man who was shot in the chest in the Jacksonville shooting has been caught on video.

A bystander took the video upon arriving at the Jacksonville Landing in Florida on Sunday, moments after 24-year-old David Bennett Katz shot 11, killing two, and then took his own life.

‘Please hurry,’ the injured victim shouts as first responders rush to attend him.

‘The victim was yelling, “Call 911. I’ve been shot. I’m shot,”‘ said the person who took the video. The witness said the bullet entered under the unidentified victim’s right pectoral.

Police say that Katz had two handguns, a .45 caliber and 9mm, but only fired one of them during the shooting rampage at the Madden 19 Classic regional qualifying tournament, which was being held in the GLHF Game Room inside the shopping complex. 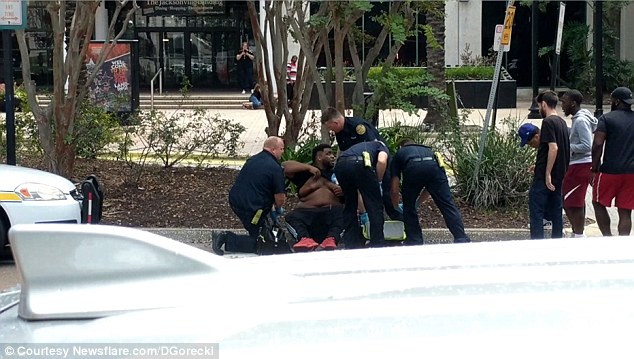 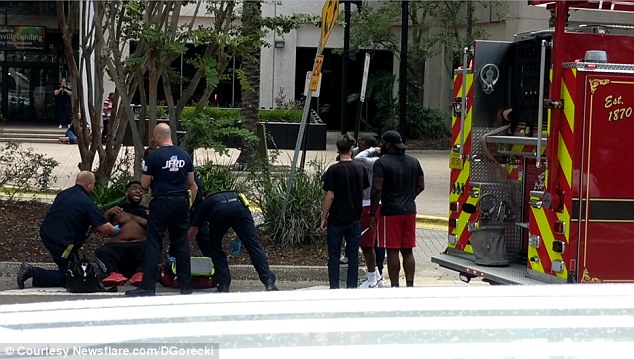 Katz, who lived in Baltimore with his NASA engineer father, had legally purchased the handguns from a licensed dealer in Maryland in the weeks leading up to the shooting, investigators said.

Although police say they have not determined a concrete motive, witnesses say that Katz was angry after being eliminated from the video game tournament.

Katz had a history of mental health issues dating back to childhood, according to court documents in his parents’ divorce.

The victims wounded in the attack have already begun preparing to file lawsuits.

Attorneys Matt and Tim Morgan, along with James Young of the Orlando-based Morgan & Morgan law firm, said on Tuesday that they believe the tragedy was preventable, during a press conference at their Jacksonville office. 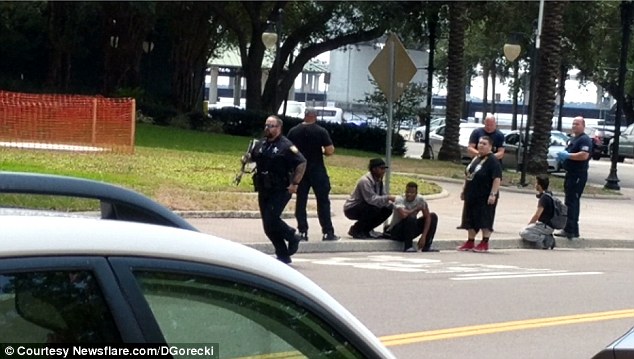 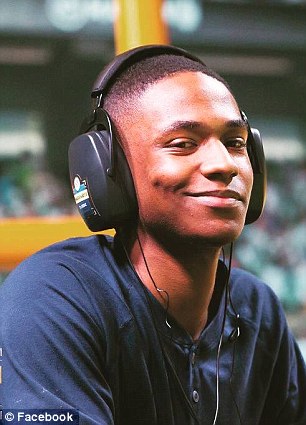 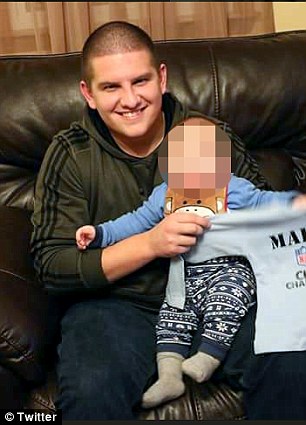 Eli Clayton, 22, (left) and Taylor Robertson, 28, (right) were both killed in the shooting

‘This is not a time in America for bare bones security, or even worse, no security at all,’ Matt Morgan said.

‘Business as usual on the security front will no longer be tolerated by Americans. We must demand more from business owners, event organizers, and police.’

Morgan spoke of the duty of care owed to individuals who attend events, by business owners, event organizers and police, but declined to name the anticipated defendants in the forthcoming state lawsuit.

The negligent security lawsuit is expected to be filed on Wednesday on behalf of multiple yet-unnamed plaintiffs, at least one of whom suffered multiple gunshot wounds, Morgan said.

‘Every hour that ticks by there are more people calling us,’ he said.

The carnage at the video game tournament, hosted by EA Sports, was partially captured on a horrifying livestream.