Local television video showed the horrible moment a referee in Bolivia collapsed on the pitch before he suffered two heart attacks and later died at a local hospital on Sunday.

Víctor Hugo Hurtado, 32, was taking charge of the Always Ready and Oriente Petrolero’s Bolivian league game when he suddenly fell in the 47th minute.

Video footage showed that Hurtado was looking at one of the players striking the ball before he fainted at Villa Ingenio Municipal Stadium in El Alta.

The Bolivian referee (pictured lying on the stretcher) was stabilized after collapsing on the pitch. But he suffered two heart attacks afterwards, the second one took place while he was inside the ambulance after arriving at a local hospital, where he was pronounced dead 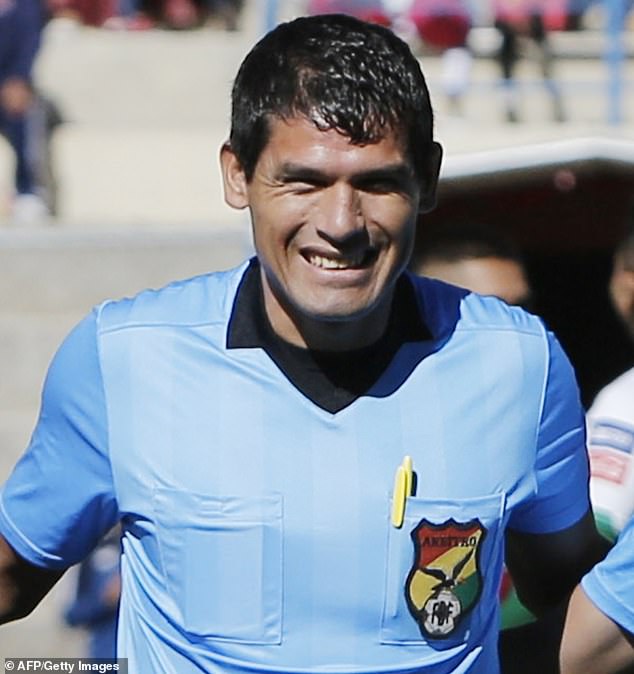 According to Bolivian outlet El Diario, Always Ready doctor Eric Koziner said that the medical staff  took Hurtado’s vital signs and managed to stabilize him moments and administered him oxygen before he suffered his first heart attack.

Paramedics rushed the referee to El Norte Hospital, located just five minutes away from the stadium, but Hurtado went into cardiac arrest while he was inside the ambulance just outside the medical facility.

He was declared dead about 25 minutes later.

‘They did everything possible so that they could revive him, but unfortunately the efforts were not enough,’ Koziner said. 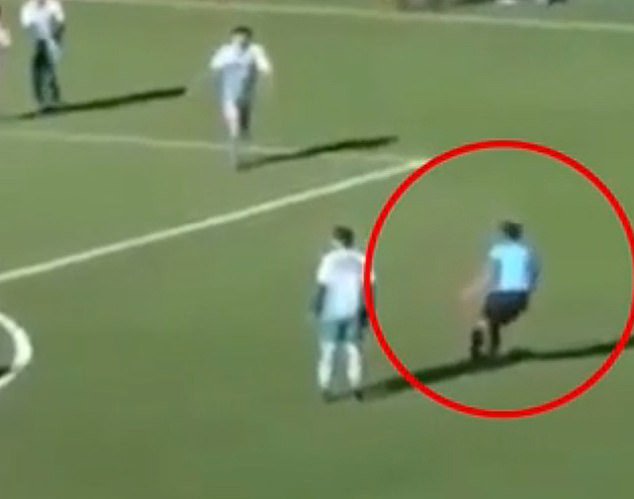 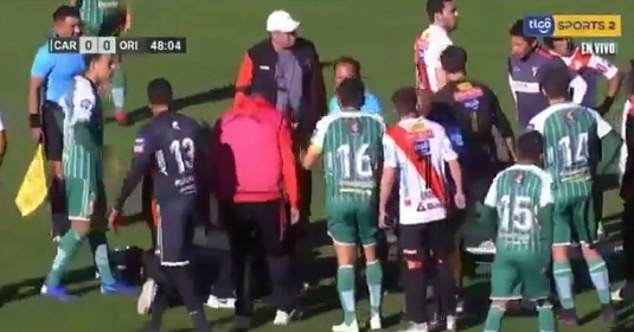 Footage emerged on social media of the moment Hurtado toppled over backwards during the match, with players from both sides immediately rushing over and calling on treatment.

The match was played at Always Ready’s home stadium, which has an altitude of 13,418 feet above sea level.

It is considered the stadium located at the highest altitude in Bolivia and the world in which football is played professionally.

Hurtado had refereed a match between The Strongest and Blooming last Wednesday at Hernando Siles Stadium, which sits 11,932 feet above sea level in La Paz.

El Alteño reported that Hurtado did not show signs of any health problems then. 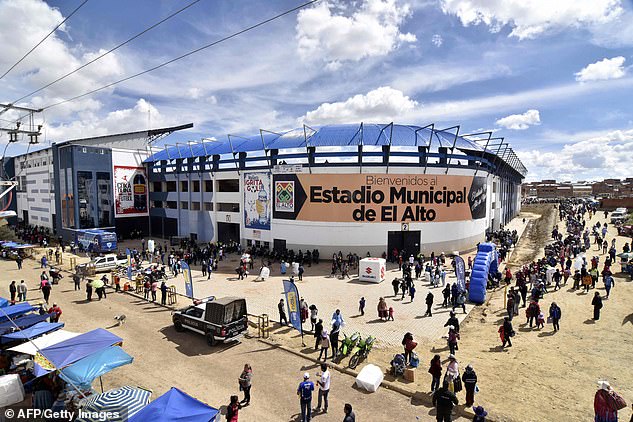 The match was played at Always Ready’s Municipal Stadium. It is located 13,418 feet above sea level

The president of Bolivia, Evo Morales, wrote on Twitter: ‘We regret the passing of referee Victor Hugo Hurtado.

‘We send our condolences and solidarity to your family, friends and colleagues. Bolivian football is in mourning.’

The match was goalless when Hurtado collapsed and finished with Always Ready winning 5-0.

Hurtado is the second referee to die on the pitch in a week.