Patrick Vieira says his doubts, as an Arsenal ex-player, about where his former club were heading prompted him to back billionaire Daniel Ek’s attempted takeover.

Legendary midfielder Vieira was one of three Arsenal Invincibles, along with Thierry Henry and Dennis Bergkamp, to lend their considerable support to Spotify owner Ek’s move to buy Arsenal from owner Stan Kroenke.

Vieira said: ‘I was just expressing myself as Patrick, ex-Arsenal football player and that comment was based on how the direction was going and I was talking to somebody who had maybe a different view and way of taking Arsenal Football Club and this is the reason why with Dennis and Thierry we were involved in the situation that Arsenal was.’ 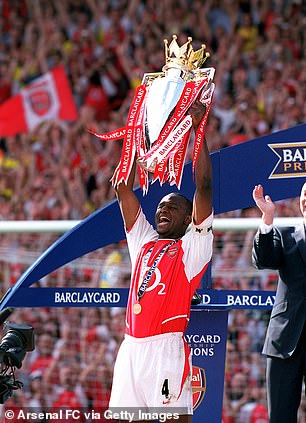 Arsenal have not won the league since Vieira captained them to their famous 2004 Invincibles triumph and their gradual decline since is a factor in supporters’ animosity towards the current regime.

Out of work when Ek first registered his interest, Vieira was free to express any concerns he had.

Now he is Crystal Palace manager though, preparing for an emotional return to his former club on Monday, the circumstances have changed. 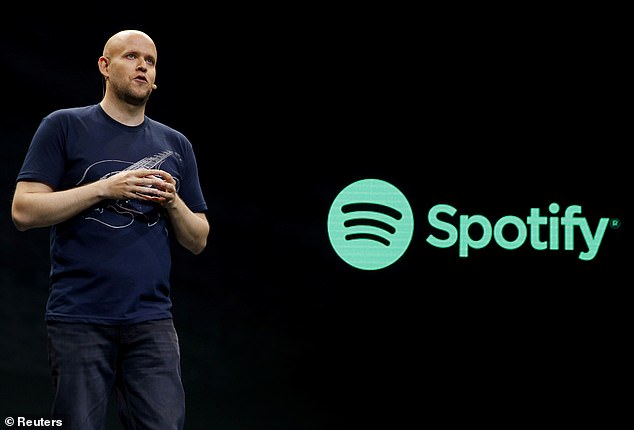 ‘I am in a different position than a couple of months ago so I am not going to express myself in the same way when I was just an ex-Arsenal football player,’ he said.

‘When you’re looking at the situation at the time it was clear the Kroenke family was making the statement that the club was not for sale and then I think everything was over. You or anybody can’t buy a football club if this football club is not for sale.’